Department store sales fell 16.5 percent in the first week of June alone compared with last year, according to recent data released by the Ministry of Strategy and Finance. 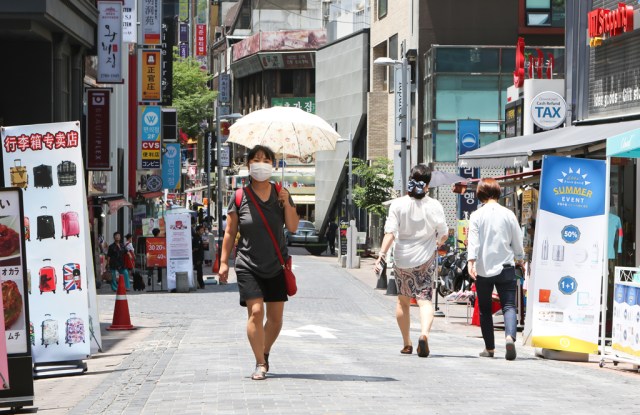 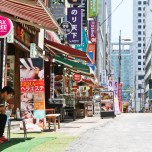 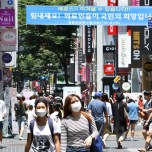 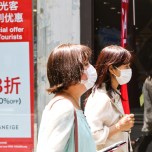 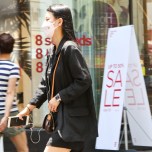 SEOUL — It’s late Friday afternoon in Myeongdong, one of Seoul’s major tourism and shopping districts. For the first time, the streets — which normally overflow with crowds even on the coldest winter nights and the hottest summer days — are quiet. Nearby, vendors tend idly to carts and kiosks, the entrance of a local department store is eerily empty and almost no tourists are in sight.

South Korea has been subject to much international concern after outbreaks of the MERS virus first began late last month. Since then there have been 27 deaths among the 172 confirmed cases of MERS in the nation, while over 4,000 people are currently under quarantine. Worries about the virus spreading began to mount when a South Korean national with MERS traveled from Seoul to Hong Kong and China last month, while Thailand just revealed its first case of MERS on Monday, after an Omani national who tested positive for the virus entered the country.

The effect of MERS has also been devastating on the health of the South Korean retail industry. Department store sales fell 16.5 percent in the first week of June alone compared with last year, according to recent data released by the Ministry of Strategy and Finance. Sales at discount retailers have fallen by 3.4 percent, according to data from the first week of June.

Experts say the outbreak is poised to have a lasting effect on the retail sector. “Consumers are worried about MERS, and outlets like department stores are directly affected by their concerns,” said Park Hee-jin, retail sector analyst at Shinhan Investment.

During the first week of the outbreak, total department store sales were in minus double digits,” he said. “And even though circumstances improved slightly in the second week of June, we still have much cause for concern at this point.”

Retailers, both big and small, have been hit hard by the fall in sales. The popular fast-fashion brand 8 Seconds, which is owned by Cheil Industries, said that its shops have seen a major decrease in shoppers. “Store customers have decreased in numbers…with 30 to 40 percent less purchases from customers,” said a spokeswoman.

Many of these retailers also rely heavily on tourists and big spenders from neighboring countries such as Hong Kong, Japan, Thailand and, most notably, Mainland China. Last year, Korea played host to over 6 million visitors from mainland China, according to data from the Korea Tourism Organization (KTO). In its most recent 2013 survey on tourist spending, the KTO stated Chinese tourists spent on average of $1,431 — nearly twice the amount other visitors spent.

Due to the recent outbreaks, countless numbers of Chinese visitors have been canceling trips to South Korea over safety concerns. From June 1 to 9 alone, more than 120,000 tourists canceled visits to Korea, according to the KTO. Over 90,000 of these cancellations were by mainland Chinese tourists.

Last week, experts from the World Health Organization said that there was no evidence of transmission of the disease beyond healthcare facilities in Korea. But this has done little to ease the fears of tourists and locals who seek to avoid public areas.

In an effort to reassure foreign visitors of their safety, last week the government said that from June 22, free medical insurance and travel compensation will be fully provided for tourists who contract MERS while in Korea.

Maria Yamamoto, visiting from Hawaii, said that her experience has been positive so far, and safety is no longer a big concern. “We were so worried about coming here, our friends canceled their trips so we wondered if we should [too]… But once we came here, there’s been no problem. We were supposed to wear our masks all the time, but we haven’t even been doing that,” she said.

Yamamoto remarked that the quiet streets have made shopping an even better experience. “When we go shopping, it’s easier to bargain because there aren’t many people out, so they just want to sell their products to us,” she said.

Local shop owners and workers say they have seen a sizable decline in shopper numbers.. Zhang Hui, a Korean-Chinese saleswoman who caters specifically to Mandarin-speaking clients, said the privately owned fashion apparel boutique where she works has been empty for the past week. “Most of my customers were Chinese visitors, but lately with no tourists — no one comes in anymore,” she said. “I have zero customers.”

A local scarf vendor named Jang — she declined to give her first name — said the lack of tourism has severely affected her business. “I’ve seen an 80 percent drop in customers. I used to sell to Chinese tourists mainly but now they’re all gone,” she said. “I am still selling leftover stocks from winter and spring; I want to change my products to lighter summer scarves, but there is no point to do so when I have no customers.”

Others, like Kim Hee-chul, the owner of a leather accessories shop, are concerned over the long-term effects of this dry spell. “I am very worried, all the shops in Myeondong are having a hard time…I haven’t received any help or tips from the government. The only thing I can do is to sell my products at the lowest possible prices,” he said. “This situation needs to be rectified as soon as possible. The government needs to do something straight away.”

The Korean Ministry of Culture and Sports and Tourism has also revealed plans to provide loans of up to 1 billion won, or $907.2 million, to 17 different sectors affected by the downturn in tourism.

In the meantime, the Bank of Korea has lowered the policy rate to a record low of 1.5 percent.

In spite of all these measures, experts forecast that economic recovery will be slow for all markets. “We think that the impact [of MERS] will last until next year,” said Shinhan’s Park.

“[Looking back,] the economic effects of swine flu and SARS did not last longer than a year. The main issue, though, is how long it will take until sales are stable again, I expect this will happen after mid-July [next month],” he said.

“I’m not a medical expert, [but I think] it will have a very short effect term on things. In the luxury market, you have to be careful not to make decisions too quickly,” he said.

“Toledano added that MERS, although a serious situation, should not stand in the way of companies’ business plans and compared the current environment to that of Hong Kong’s during the SARS outbreak a decade ago.

“[SARS] was a serious situation,” he said. “We were the first brand in Hong Kong to do an opening of our new store [in Tsim Sha Tsui]. Everyone was postponing their openings, but we did a big dinner and were the first to open.”