The Miami Design District is continuing to add to its heady mix of star architect-designed buildings, public art installations and luxury and contemporary retail, with the addition of food from chefs Joël Robuchon and Jean-Georges Vongerichten. 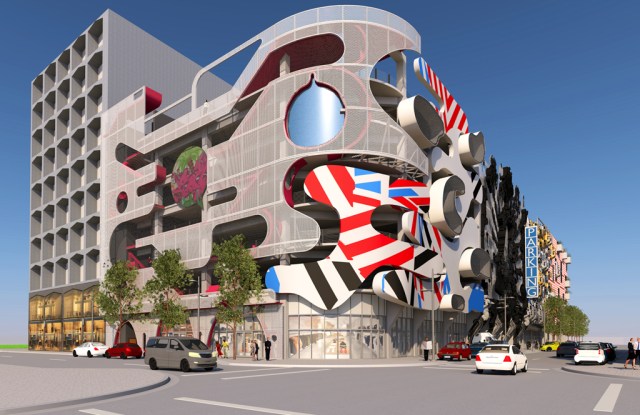 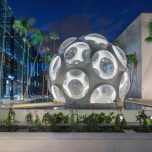 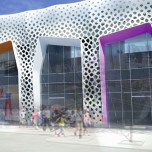 The Miami Design District is continuing to add to its heady mix of star architect-designed buildings, public art installations and luxury and contemporary retail, with the addition of food from chefs Joël Robuchon and Jean-Georges Vongerichten.

Phase three of the Miami Design District will largely be completed by August 2016, bringing the number of stores to 100. A condominium and hotel are slated to open in 2017.

The district is owned by Miami Design District Associates, a partnership between Dacra and L Real Estate, a global real estate development and investment fund. General Growth Properties and Ashkenazy Acquisition Corp. last fall took a 20 percent stake in the district, which boasts retailers such as Marni and Maison Martin Margiela.

According to Craig Robins, founder and owner of Dacra, the partners are investing “several-hundred million dollars” in the third phase of the development. The total price tag of the Design District will be $2 billion when complete.

“We finished the first two phases and they look pretty spectacular,” Robins said. “Basically, phase three will double what’s here. There’s a perception of the Design District as being amazing and looking cool, but this is only the first half.”

Robins said phase three is the final phase — for now. “We have an additional outstanding portfolio of land holdings where we can do future expansions and add another 1.5 million square feet,” he said, “but haven’t made plans for that.”

Along 41st Street, “some of the Kering brands will open flagships,” Robins said, declining to name specific labels. “We’ve got great anchors from the Kering brands. Dolce & Gabbana and Céline will open and Prada will do a major flagship in that section.”

A new north-south thoroughfare, Paseo Ponti, will terminate at an area called Paradise Plaza. One block west of Paseo Ponti is First Avenue, where Rag & Bone will occupy a flagship in a three-story building on the corner of 41st Street. Diane von Furstenberg will open a store on 40th Street just off First Avenue. “Heading toward 39th Street, on First Avenue, we’ll have a great selection of contemporary brands,” Robins said.

Robins, who had the vision to transform the dilapidated Art Deco area of South Beach into the Miami Design District, said brands are encouraged to build large flagships. “We want to replicate  the feeling of Fifth Avenue or Rodeo Drive,” he added. “We’re not trying to cram people into small spaces. We want a complete assortment of goods and a great presentation of everything.”

Some of the retailers with temporary stores are beginning to open permanent spaces. Earlier this month, Louis Vuitton unveiled a dramatic flagship with a facade designed by Japanese architect Jun Aoki in collaboration with Mirei Uchibe. Robins said Hermès and Dior will move to permanent locations in the fall.

Several fashion brands will be housed in an abstract building with a white honeycomb facade designed by Daly Genik. One of the more unusual structures is the Museum Garage, which features art and design installations on all sides. It will house contemporary brands on the ground floor and provide parking on the upper levels. Curated by architect Terry Riley, there’s an installation of real cars on the face of the building, Jürgen Mayer’s facade of interlocking puzzle pieces and Nicolas Buffe’s cartoon and Baroque images writ large.

The three-level Paradise Plaza and its courtyard, designed by Johnston Marklee, will feature two levels of retail and Robuchon’s Atelier.

“We’re working hard to do something comparable with food as we did with art and design,” Robins said. “We’re working with visionary chefs from around the world.” Two additional restaurants will bow in phase three, including a “major restaurant” in the hotel designed by Studio Gang on the corner of 40th Street and First Avenue. “We’re just concluding a comprehensive agreement for the hotel and condo development,” Robins said.