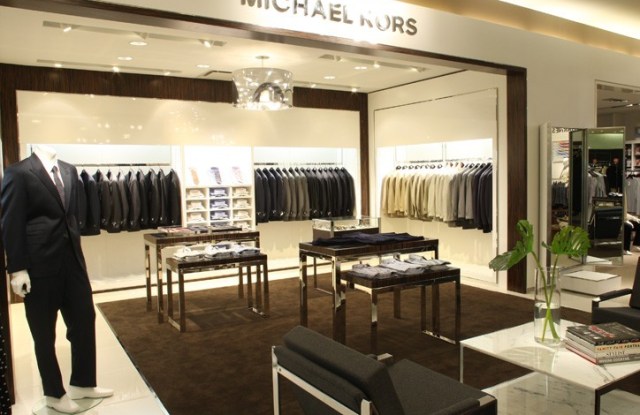 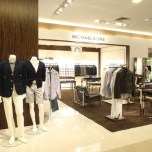 Saks Fifth Avenue is boosting its commitment to Michael Kors.

The luxury retailer on Thursday opened a new 1,300-square-foot shop devoted to the designer in its seventh-floor men’s department. It is double the size of the former boutique and brings together all the designer’s offerings in one place. The shop is next to Versace and a classifications area that will be converted to a Burberry shop this summer, said Tom Ott, Saks’ senior vice president and general merchandise manager of men’s wear.

“This is the first time the Michael Kors brand has been together under one roof,” said John Idol, chief executive officer of Michael Kors.

The mix at Saks includes tailored clothing, dress furnishings and sportswear under the Michael Kors Collection and 1981 labels. The latter is a more casual line that “Saks really helped us pioneer,” Idol said. The Collection had offered dressy sportswear but nothing to serve the customers’ weekend needs.

“We didn’t have that, and Saks told us there was a pent-up demand, so we did it,” Idol said. The line is “more contemporary” and includes items such as “cool cargos, stretch fleece and washed knits. It has great attitude.”

In addition, Ott said the new shop allows Saks to beef up Kors’ tailored clothing offering. “This is a chance to really show the tailored line, which wasn’t well represented before,” he said.

Offering the complete Kors line in one spot fits with Saks’ recent push toward “lifestyle” merchandising. “It takes the guesswork out of it for the customer,” Ott said.

The shop, which was designed by Kors and the company’s in-house team, features the “same aesthetic as our lifestyle stores and other shops,” Idol said.

Idol said Kors will open a new shop at Bloomingdale’s Manhattan flagship this fall and hopes to eventually launch around 15 to 20 units in the U.S. The Kors line is sold at Bergdorf Goodman, Barneys New York, Neiman Marcus and a handful of Nordstrom doors.

For the Collection, “there’s more opportunity outside the U.S.,” said Idol, who envisions opening 30 to 40 shops in Europe and a similar number in Asia. The line is not sold internationally, but “it is our intention to do that by the fall of 2010,” Idol said. In anticipation, the company just opened a showroom in Milan and will be presenting the line to retailers during the men’s shows this summer.