The store has been custom designed to evoke the look and feel of a downtown loft.

A rendering of the Michael Kors store at 90 Prince Street in SoHo.

NEW YORK — Michael Kors will unveil a new store concept in SoHo on May 16 that has the look and feel of a downtown loft.

The new 4,400-square-foot store at 90 Prince Street reflects Kors’ jet set sensibility and draws inspiration from the history of the neighborhood, which is known for its art galleries, lofts and cobblestone streets.

“We wanted this store to be a reflection and celebration of SoHo and all that it represents — from its industrial roots to its art world days,” Kors said. “It’s one of the most talked about neighborhoods in the world, and it’s a place near to my heart and my home, so this is a very special store for us.”

The exterior combines the old and the new. The original cast-iron facade remains, updated in dark gray and punctuated with neon Michael Kors logos. The store features large windows and an open floor layout where every element has been custom designed to evoke the look and feel of a downtown loft. Original metal-wrapped columns, rustic wood flooring and exposed brick walls play against details drawn from Kors’ homes such as black metal fixtures, worn canvas upholstery and pops of gray suede.

In a nod to New York, taxi cab yellow is sprinkled throughout in bag stands, side tables and dressing room furniture.

Michael Kors Men’s rtw and accessories will be housed on the left wall. On the right will be Michael Michael Kors rtw and handbags with a small alcove dedicated to Michael Kors Collection accessories. Blond wood display tables at the center of the store spotlight small leather goods. At the back is a waterfall mirror that provides a backdrop for the footwear. 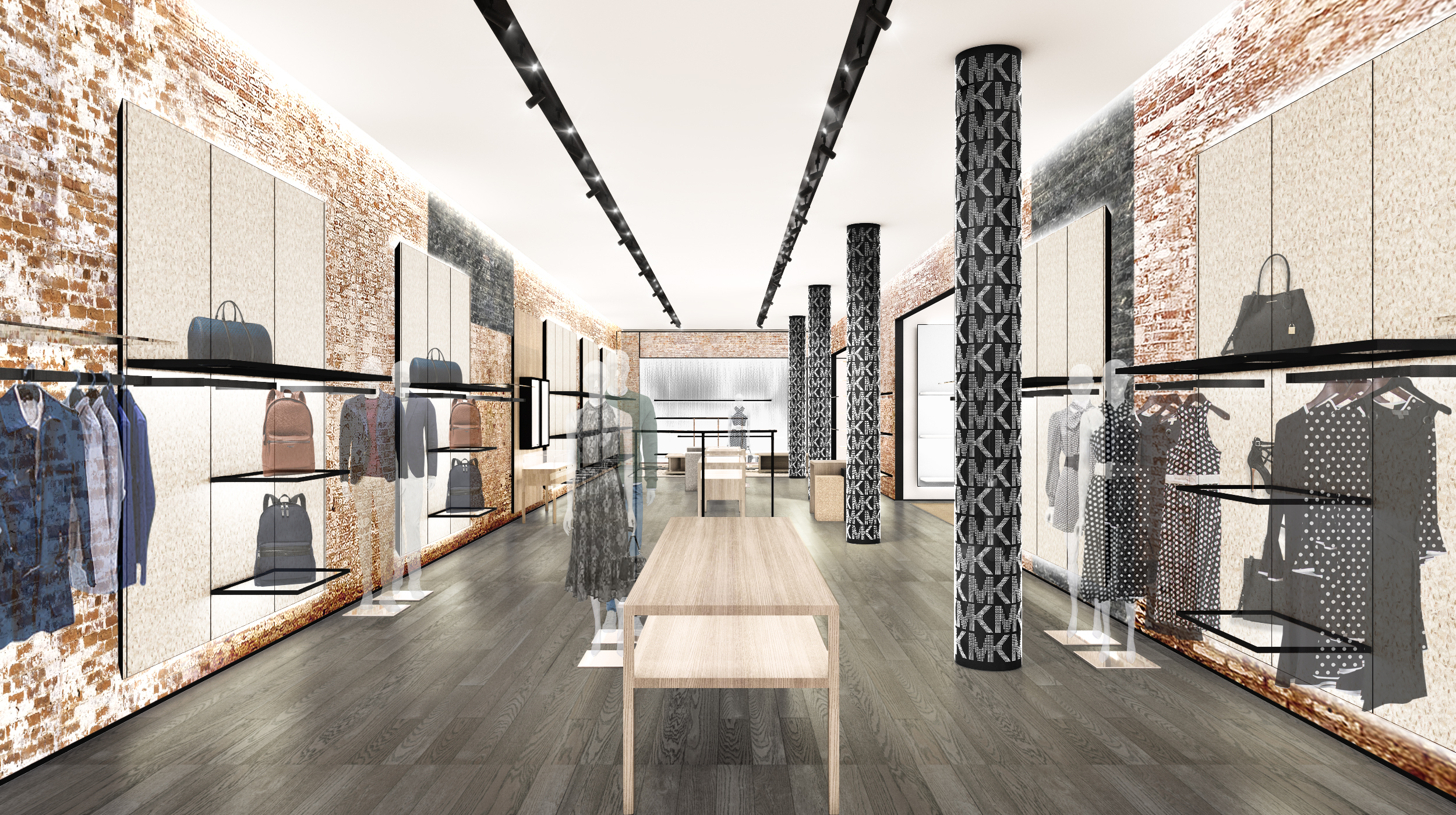 A rendering of the interior of the new Michael Kors store in SoHo.

The company declined to give a first-year sales projection for the store.

As reported, the Michael Kors brand struggled in the third quarter, with revenues falling by low-single digits in the Americas and high-single digits in Europe, but the brand did post slight gains in Asia. Capri Holdings, the parent firm, is looking to return Kors to growth next year.

As of Dec. 29, 2018,  Kors had 870 company-owned retail locations and 154 licensed stores worldwide.  In New York alone, there is a Collection store on Madison Avenue and four lifestyle boutiques, including the new Prince Street store.