The annual Financo CEO Forum this year focused on the physical store as the showcase for brands. 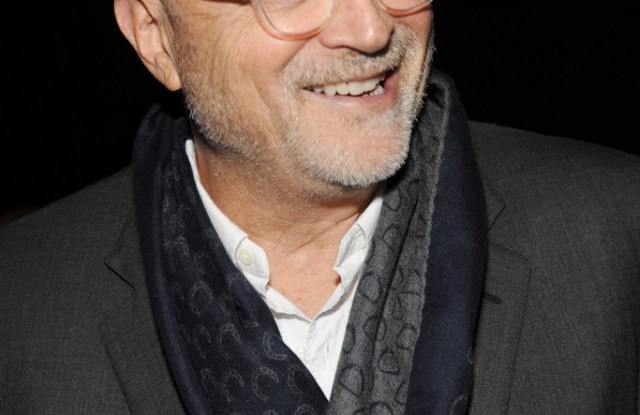 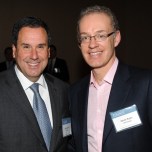 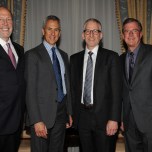 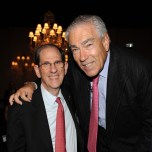 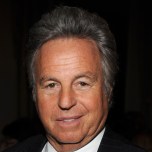 NEW YORK — J. Crew Group Inc. chairman and chief executive officer Millard “Mickey” Drexler took on the role of de facto industry critic at the Financo CEO Forum here Monday night, of which the key focus for the general discussion was on the store as the showcase for brands.

Last year Drexler, as an attendee, stirred the pot by blasting malls. This year, also as an audience member, he took Financo chairman Gilbert Harrison to task for offering up a panel without diversity — it consisted of Juicy Couture ceo Paul Blum, Coach Inc. chairman and ceo Lew Frankfort; VF Corp. chairman, president and ceo Eric Wiseman, and restaurateur Danny Meyer, founder and ceo of Union Square Hospitality Group, but no retailer or online firm. Strategy and investment advisor Sagra Maceira de Rosen moderated the discussion, which was held at the Harmonie Club.

Drexler asked why Jeff Bezos, ceo of Amazon.com, was not on the stage. “I don’t think Amazon makes a profit, but they are the big elephant in the room,” he said, emphasizing that the online seller is “going to do $50 billion this year and they’re going into apparel. They are committed to taking $25 billion in sales from the brands in this room.”

Drexler then started a discussion about what percentage of goods is actually sold at full price in the U.S. these days. He said factory outlets are “eating the lunch of everybody in this room.” He said that although J. Crew does more than 70 percent of its business at full price — “except in the fourth quarter when everybody is a discounter” — most public companies are reticent to provide details about how much they sell through this retail channel.

“We don’t break it out,” Frankfort said, evoking laughter from the crowd, when asked by Harrison for the percentage of merchandise Coach sells through its 150 outlet stores. “The tail is wagging the dog,” taunted Drexler.

Meyer said discounting is also impacting the restaurant business, noting that coupons offered on Groupon and Amazon “don’t work for us at all.” He then railed against New York Restaurant Week, noting, “It’s the industry’s way of saying we are on sale.” When it started in the early Nineties, he said, it was special and limited in scope. However, now it’s held for “two fortnights” in the summer and winter and is often extended beyond that. And the diners who take advantage of the deal are often one-shot visitors and do not return when the restaurants are no longer offering a deal. As a result, 80 percent of his restaurants no longer participate in the program.

Meyer noted that the same skill set is needed for retailers and restaurateurs. “Eventually, we are all in the same business.”

Meyer quipped: “Thank goodness that the Internet has not figured out how to cook and send it through your smartphone.” Instead, the restaurant business is still judged on two levels: was the experience a good one and “did I feel good using it? If not, it’s curtains.”

On the apparel side, Wiseman added, “Retailers are not great at really delighting customers,” but noted that “consumers will tell you what they think if you just ask them.”

According to Wiseman, one way to improve the experience is provide shoppers with a “data-rich environment.” This is especially important for “activity-based brands” such as VF’s The North Face, Timberland and Nautica. “If you live on the coast, Nautica wants to speak to you,” he said, noting that the brands “need to represent that they know who you are” so that an “emotional connection” is established.

For Frankfort, that connection is through physical stores. “If you are delivering a physical product, and most of us in retail are, having a presence where consumers can shop is ideal.”

Frankfort explained that stores are still the “best way to create the strongest lasting impression.” That impression can occur on multiple levels from service to the digital and physical space, making one’s options limitless.

Blum, whose résumé includes ceo posts at Kenneth Cole Productions Inc. and David Yurman, said he’s “spent the last 10 years obsessed with how digital and online can be added to retail.”

Blum explained that the consumer has been changed by technology. “They don’t want to hear that something is out of stock when they can go online and see the product.”

He also favors having a physical presence: “You need physical stores because you can’t tell the story [about the brand] without a store. You create the story visually. A lot of it is art, [such as] which photographer you use.”

The participants also touched upon the high-low pricing phenomenon, with Frankfort noting that shoppers are comfortable buying at Costco and Saks. “First and foremost, it goes back to the consumer and who she is. You see her with a Gap T-shirt and a Loro Piana jacket.”

Even in the restaurant business, Gramercy Tavern offers a lower-priced dining option in the front of its restaurant and a $98 prix-fixe choice in the rear and high-priced bottles of wine for sale at the Shake Shack for those who want to complement their $4.95 cheeseburgers, Meyer said. He noted that consumers today “don’t want to be a quick read.”

On the issue of going global, Wiseman said The North Face had quite a stumble when first entering the China market. While images of athletes taking on death-defying situations work well in the U.S., parents in China dragged their children away from the store so they wouldn’t risk injury, he said. At the same time, the brand’s outdoors imagery also did not work in China where many of the twentysomethings that are the brand’s target customer couldn’t relate to rural environments.