Milan’s ‘Outerwear Street’ On the Rise

Milan’s central thoroughfare Corso Matteotti is home to a slew of cutting-edge outerwear brands — a trend that’s here to stay.

MILAN — One of Milan’s central thoroughfares skirting the shopping Golden Triangle bordered by Via Montenapoleone and Via Spiga, Corso Matteotti is rapidly shaping up as a destination for cutting-edge outerwear.

Some time next year, C.P. Company is to unveil a new store there, taking over the space most recently occupied by Timberland, which VF Corp. is relocating inside the Orefici 11 new retail concept located a stone’s throw from the Duomo cathedral.

The C.P. Company outerwear brand is moving to Corso Matteotti from its former unit on Corso Garibaldi. That flagship located in the arty Brera district was unveiled in mid-2019 with a new concept that housed modular set-ups and soundproof walls and was dominated by an impressive light box.

C.P. Company didn’t provide a scheduled date for the opening, but it is understood it will happen in the first half of next year as renovation work has been going on since early fall.

A brainchild of C.P. Company’s founder Massimo Osti, Stone Island — which was recently acquired by Moncler through a deal that valued the company at 1.15 billion euros — is also a mainstay of the central shopping street, having relocated its Milan flagship there in 2019 from neighboring Corso Venezia where the outerwear specialist had had a store since 1999. 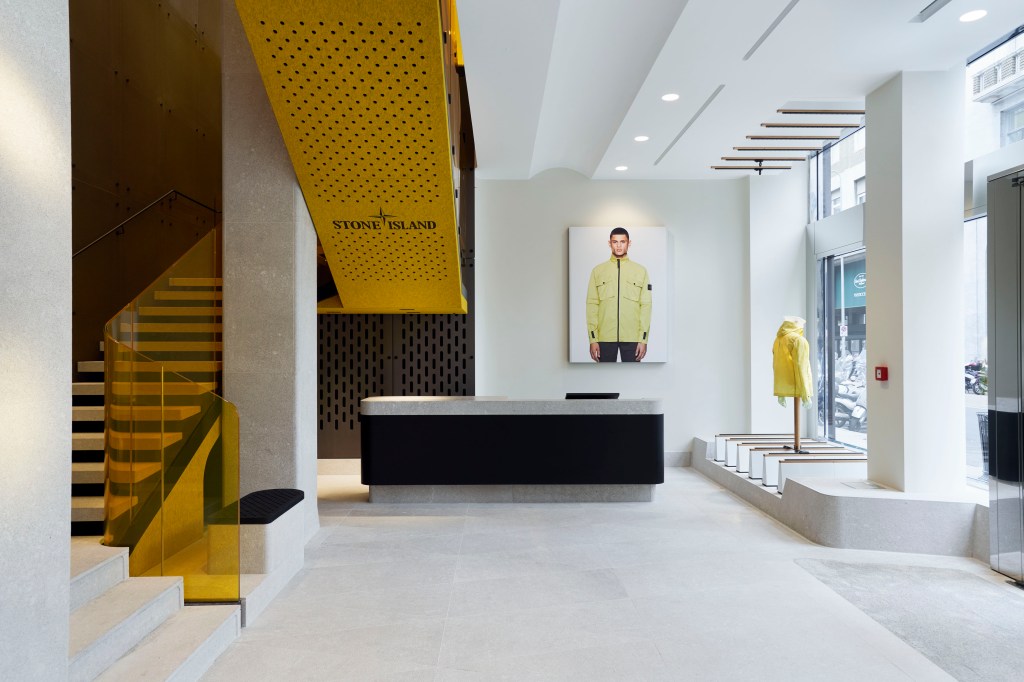 Moose Knuckles, the luxury men’s and women’s apparel and outerwear brand, made Corso Matteotti home to the first of a string of temporary shops it is opening in Europe. The move reflects the brand’s push in the European market and Italy particularly as it’s the country where the company has established its regional headquarters.

Choosing the location came naturally, according to Marco D’Avanzo, general manager and executive vice president of global sales and marketing. “Corso Matteotti has an interesting combination of traffic and visibility, it attracts the right demographic, and we believe it is an emerging pole within the Milan luxury district,” he said, adding that the presence of competitors on the street represents an opportunity for Moose Knuckles to stand out.

Like all other European pop-ups — the latest was unveiled earlier this month on London’s Regent Street — the Milan unit was designed by Bureau Betak and it combines a digitally immersive concept, rich in digital screens arranged in arty installations, juxtaposed with a stark environment accentuated by iridescent gold details. 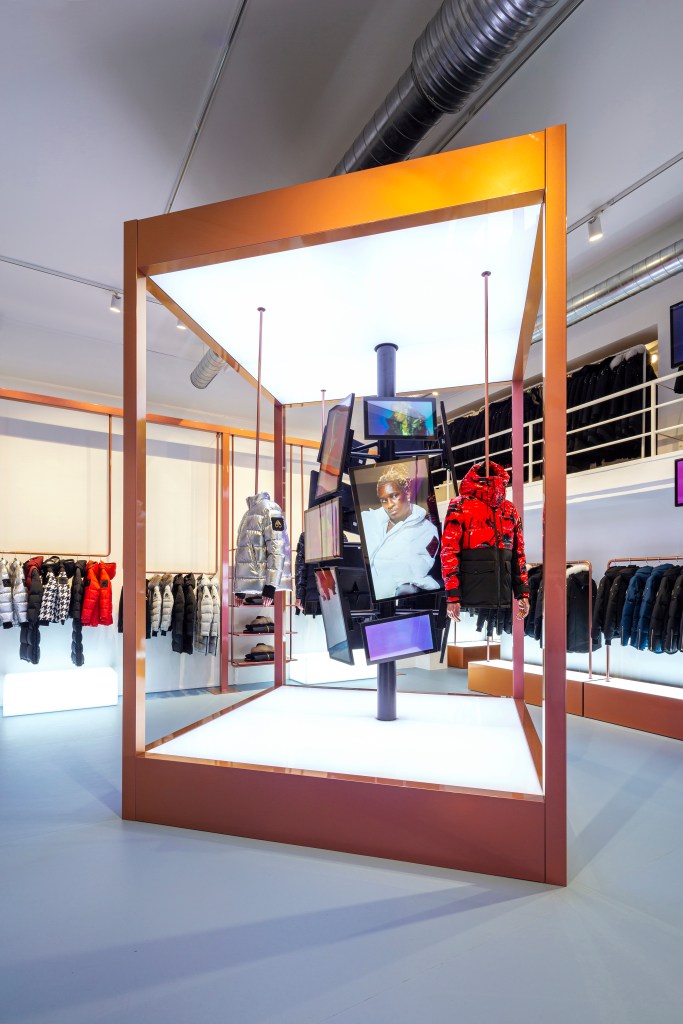 The recent transformation that Corso Matteotti has undergone was all but expected. Home to storied pastry shop Sant Ambroeus and to the Milanese headquarters of Salvatore Ferragamo, the street has changed repeatedly over the years.

In 2009, Abercrombie & Fitch Co. opened its first, and only, Italian outpost there and Versace planted a flag by opening a store dedicated to its Collection premium line. Both units have since been shuttered, signaling how the street has struggled to find its own identity.

At the same time, lower rents make Corso Matteotti a more attractive location compared to Via Spiga or Via Manzoni. In a recent interview with WWD, Issei Komi, founder and chief executive officer of real estate consulting firm Italia Fudosan Real Estate, said that the street is undergoing major changes spurred by the arrival of the likes of Stone Island and Moose Knuckles.

If in the last decade the Golden Triangle has changed and seen Via Montenapoleone overtaking Via Spiga as the city’s most prestigious retail location, Corso Matteotti is rapidly bridging the gap between the luxury shopping destination and Corso Vittorio Emanuele II, which in turn is populated by retail chains including Urban Outfitters Inc., the recently inaugurated Victoria’s Secret store and the Nike and Adidas flagships.