Italian textile makers see improvement in the year ahead. 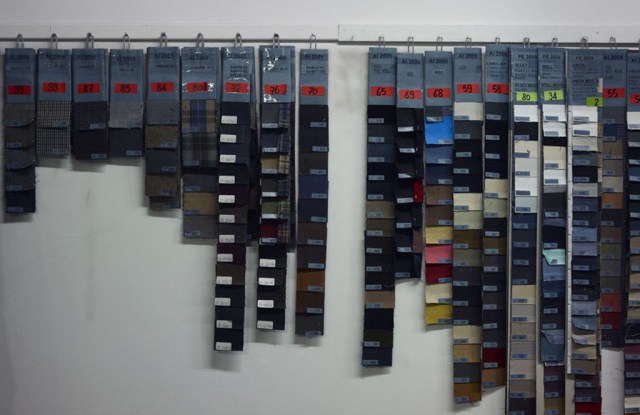 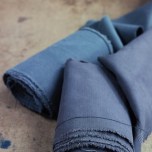 MILAN — After surviving another rocky year brought on by Europe’s economic woes, textile firms continue to face uncertainty as they prepare for the Milano Unica textile fair that begins a three-day run here on Feb. 6.

“The times we live in are very difficult,” said Silvio Albini, president of Milano Unica and chairman of the Albini Group textile company. “I must say that I have to look at 2012 as a cup that’s half empty and half full.”

According to Italian textile and fashion consortium SMI Sistema Moda Italia, the value of Italian textile exports sank 5.7 percent in the first nine months of 2012. But Albini and other textile executives were more upbeat about 2013, as they saw sales pick up toward the end of the year.

“Fortunately, growth in exports toward non-EU markets intervened, with China, Japan and the United States in the lead,” Loro Piana said.

Milano Unica will see the number of exhibitors fall 5 percent to a total of 415.

“Milano Unica is increasingly specialized in the medium-high and high-quality exhibitors,” said Albini.

It is also branching off to China. The second edition of Milano Unica China, which will take place at Beijing’s Intertextile in March, will have 128 exhibitors, an increase of 35 percent over last year’s debut.

“We closed 2012 at the same level as 2011, but the geography has changed, with the Far East and America in the lead,” said Mauro Bellini, marketing manager for Lanificio Ermenegildo Zegna & Figli SpA, the textile division of the luxury apparel and textile maker Ermenegildo Zegna Group.

Bellini said Zegna’s new fabric collection at Milano Unica will be all about “color, color, color.”

Zegna is also relaunching mohair in wool and cotton blends, and promoting its line of cashmerelike, carded silk.

Cotton specialist Larusmiani SpA will present a series of new blends — cotton and silk for precious garments, cotton and linen for luxury casualwear and a blend of cotton and bamboo.

“Milano Unica is the most important fair in the world for luxury textiles,” said Larusmiani chief executive officer Guglielmo Miani, who added that company’s sales to the U.S. increased 24 percent in 2012.

Women’s stretch fabric specialist Lanificio Europa will present Super Stretch for legwear, which defies the appearance of an elastic fabric, yet has “perfect recovery and excellent expansion” and is resistant to washing, said Lanificio’s owner, Luigi Guarducci. Lanificio Europa will also show a special printed jacquard and an anticellulite stretch denim called Reman that uses the Solvay Group’s Emana fiber.

Alcantara, known for its soft trademark material used largely in accessories and interiors, will present four collections: the romantic and ethereal Nebula, the nautically inspired Sevenseas, the pop-geometrical Spirograph and the digitally reinterpreted Twenties Tropichic, as well as its first knit line.

“There are also technical fabrics for outerwear with matelassé (quilting effect) made with prints and jacquard,” Ramundo added.

“We are very much aiming at fabrics with polyester and natural fibers, particularly a printed jacquard” with unusual background brilliance, said Claudio Taiana, owner of Tessitura Taiana, which makes fabrics for men’s and women’s fashion apparel.