Some retailers have lower expectations for fall due to the presidential election and its history of dampening retail sales. 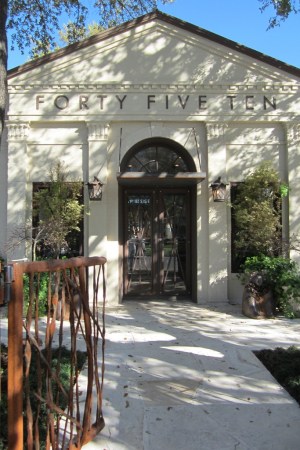 DALLAS — An exceptionally mild winter has given rise to strong spring business for local retailers, especially given the bright fashion palette that is particularly popular here. However, some have lower expectations for fall due to the presidential election and its history of dampening retail sales.

Crawford Brock, owner of Stanley Korshak and the Shak designer emporiums, said sales are up 12 percent so far this year, and Korshak is opening a Lanvin boutique this month. Brock plans a 7 percent gain for fall, however, noting that he’s always guarded in an election year.

“We anticipate that pause button getting hit because of the election,” he said. “We will try to push higher sell-throughs rather than overbuy and be stuck with markdowns.”

The warm winter prompted area merchants to cut back on outerwear and heavy textiles for fall, despite the industry’s emphasis on both.

“We always stay away from heavy fabrics, but even more now than ever,” said Brian Bolke, co-owner of Forty Five Ten. “It’s hard because designers are consumed with outerwear and stiff fabrics, which are beautiful on the runway but not for our climate. I’m buying jackets as outerwear.”

“The election is not going to stop our customer from buying what she really wants,” he said, speaking between buying appointments in Paris. “It’s about finding what people don’t have.”

Also eliminating outerwear is Connie Sigel, owner of Elements and Elle, which will emphasize lightweight leather and cashmere instead. Admitting a tendency to overbuy, Sigel is slashing her budget by 20 percent, including deep cuts in eveningwear.

“Special occasion is tricky because a lot of people think, ‘It’s not super wearable and I’m not going to spend a bunch of money on it,’” she reasoned. “It’s the markdowns that kill us.”

With e-tail competition intensifying, Sigel’s team is working harder on client relations and bringing people into the stores. Sigel also plans to launch an e-commerce site focused on accessories, gifts and special pieces by the likes of Class Roberto Cavalli.

Reiter, who is from Paris, was frustrated by the heavy textiles and fur in the fall collections and surprised by the plethora of eveningwear.

“The market is not really geared toward the U.S. or Western Europe,” she observed. “It’s geared toward China, Korea, Russia, the Mideast. The American woman and even the French woman doesn’t get dressed up that much. There are fabulous furs, but it’s very expensive and who is really buying that?”

Spring is off to a strong start and should live up to the 15 percent increase budgeted at contemporary boutique Melanie Gayle, but the fall outlook is less sanguine, said owner Melanie Ramon. She recently closed a store in Plano, Tex., when she couldn’t come to terms on the lease and is focused on her shop in affluent University Park.

“I’m selling anything with color,” Ramon said. “All that blue and green, corals, yellow, turquoise and basic gold layering necklaces.”