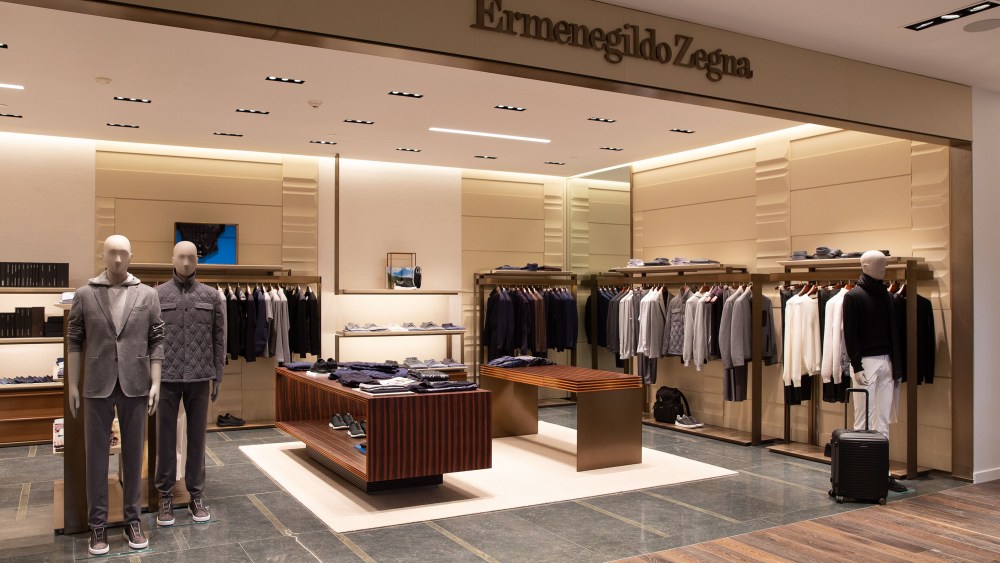 WESTPORT, Conn. — The Mitchells are celebrating their 60th anniversary with a major renovation of their first store and a party for loyal customers.

On Thursday night, one of the nation’s most successful independent specialty store operators will unveil the completion of a nearly six-month project that has not only spruced up the store but also shines a light on some of its biggest-volume businesses.

While the overall square footage of the 25,000-square-foot unit has remained essentially the same, the Mitchells have converted some back-office space to selling and moved other things around. The winners in all the changes are the women’s shoes, accessories and jewelry area as well as men’s sportswear.

“A large part of this store hadn’t been touched since 2003,” said Bob Mitchell, who serves as co-chief executive officer with his brother Russell. “But nearly every single thing has now been redone and we’ve reallocated the space.”

The facelift includes almost every aspect of the store, from the floors and walls to the ceilings.

The selection of women’s shoes and handbags has doubled. There are also four new jewelry designers and expanded collections from eight others.

Five boutiques have been added to the men’s department: Zegna, Cucinelli, Atelier Munro, Peter Millar and Loro Piana, and the fitting rooms and lounge have been updated.

Although Ed and Norma Mitchell’s first store on Post Street in Westport sold only a handful of moderately priced men’s suits, the business today is one-third men’s, one-third women’s and one-third jewelry.

And the Mitchell empire has grown to include stores in Greenwich, Conn.; Huntington, N.Y.; San Francisco; Palo Alto, Calif.; Seattle and Portland, Ore., as the family slowly and methodically rescued other luxury specialty retailers that had either fallen on hard times or were seeking an exit plan. These include Richards, Marshs, Wilkes Bashford and Marios.

Companywide, the business is 40-40-20 men’s, women’s and jewelry, Mitchell said.

The biggest changes in the past several years, he said, have been the explosion of jewelry and women’s and the continued upscaling of men’s.

“We’re no longer a men’s suit store,” Mitchell said with a smile. But he did point out that tailored clothing still represents 40 percent of men’s sales, although unit sales are down. “It’s still dominant but we’re selling fewer, better goods,” he said, adding that the store also remains the spot for the upscale customer to shop for special occasions.

Zegna remains the company’s oldest and largest luxury supplier with a history that dates to 1988. Other top men’s brands are Cucinelli, Loro Piana, Canali, Isaia, Brioni, Samuelsohn and Peter Millar.

Mitchell said that while the challenged dress shirt and neckwear department is smaller, the focus on made-to-measure has been enhanced in the renovation. Custom now represents 30 percent of sales in clothing and one-third of the dress shirt business.

In sportswear, denim continues to gain in importance, with AG the biggest label, and contemporary brands “got more breathing room,” Mitchell said.

In women’s, the shoe and leather goods selection — dominated by Manolo Blahnik, Jimmy Choo, The Row, Prada and Fendi — has been expanded. In apparel, Cucinelli, Akris Punto, The Row, Fendi and Vince are top performers.

All told, the Richards store in Greenwich is the largest volume producer within the Mitchells fleet, about 10 percent higher in sales than Westport, which is number two. “The two Connecticut stores still represent 60 percent of the revenue of the company,” Mitchell said. “They’re the two monsters.”

He said this makes sense because Westport is a smaller town, with around 24,000 people, while Greenwich has 65,000.

During the renovation project, there was talk of converting the 8,000 square feet on the lower level — now dedicated to offices, tailoring, and shipping and receiving — to selling, but the idea was quickly squashed.

“Our offices are in the same square footage as they were in 1979 when we had a single store doing $3 million,” he said. “But we felt it was important for our culture to stay here. In our 60-year journey, this is where it started and it’s home for a lot of us.”

The family believes that boosted by the renovation, there’s an opportunity to continue to grow the business in its current footprint. And the results so far are proving that out.

“We were never closed for one minute,” said Bill Mitchell, Bob’s uncle who now serves as an ambassador for the business. “They put up with the banging and for them, it’s now a wow.”

Bob Mitchell said it’s about time the company showed some love to its home market. Last year, it completed a renovation of Marios in Seattle and the Wilkes Bashford stores in California have also been updated recently.

“This gives us a lot of energy in our original market,” Bob Mitchell said, revealing that in the second half of next year, the family will turn its attention to Richards. “We haven’t renovated the men’s in that store since 2000,” he said.

The store updates are just part and parcel of the company’s take on the trend toward experiential retailing. “Our differentiator is our experience in the stores,” Bob Mitchell said. The company has a list of salespeople that bring in $1 million to $4 million a year, and many of its 430 employees have been with the company for decades. “That’s our advantage going forward,” he said.

The Mitchells’ culture of treating their customers and employees as a valued part of the family now permeates all of the company’s eight stores, which have a reported volume of over $150 million.

After Greenwich and Westport, the Wilkes flagship in San Francisco is the third largest while the Marios in Seattle and the Wilkes in Palo Alto, Calif., are the fastest-growing, spurred by the tech boom.

Throughout the company, the values are the same. Customers are the center of their universe, and long-term relationships are the backbone. But to remain current, data drives decision making as the business strives to innovate and grow. Its mission has also been updated to home in on a simple message: “Make People Feel Great.”

And it’s been working for six decades. As Gildo Zegna, ceo of Ermenegildo Zegna, put it: “I deeply admire their independence and their commitment to the highest level of customer service, carried on by their great people. The Mitchells have built a unique culture in today’s world, the foundation of which is family.”

But as the business continues to expand, the family has encouraged some non-family members to take on increasingly important roles including Dan Farrington, general merchandise manager, who has worked for the store since high school; Ellen Finlayson, gmm of women’s; Jeff Garelick, general manager of Wilkes Bashford, and Patsy Carlson, general manager of Marios.

With the structure in place, when will the Mitchells consider adding to the group’s stable? Bob Mitchell said Marios was brought on board three years ago and the family has historically made acquisitions around every five years. “We try to make strategic investments,” he said. “We’d rather be conservative and be in business in another 60 years.”

Although nothing is imminent, the strategy of acquiring existing high-end businesses with high-volume potential has worked well in the past and will continue to be the way forward for the Mitchell family.

“For the next couple of years, we’re focused here and we’d like to build a bigger store in Palo Alto,” Bob Mitchell said of the 10,000-square-foot store he hopes to expand to around 25,000 square feet. “But right now, all our stores are running positive and we’re growing in a low-growth environment.”

So the family has a lot to celebrate tonight, when it will welcome over 300 people to visit the store to see the updates and toast the 60th anniversary. Earlier, it sent out a picture book on YouTube that was narrated by Bill Mitchell. Called “Sixty Magical Years,” it traces the retailer’s journey from a tiny suit shop to today’s behemoth. The picture book ends with the Mitchells’ wish for its birthday: “To let all our friends know how special you are to us and how much we’re enjoying sharing the journey.”