Bob Mitchell, co-president of the Mitchells Family of Stores, referred to the company’s plan to stabilize the highly respected Wilkes Bashford in San Francisco. 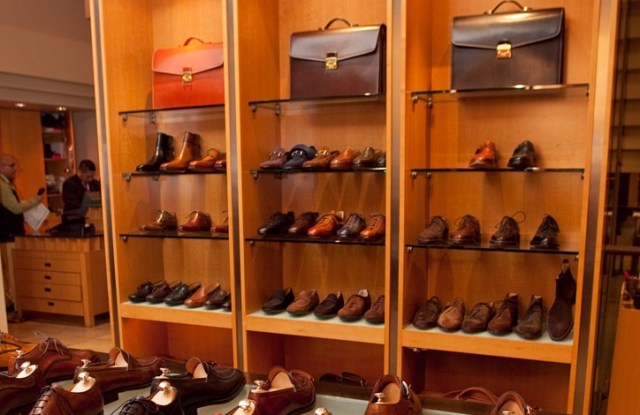 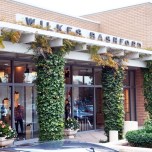 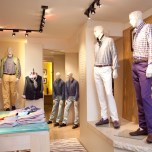 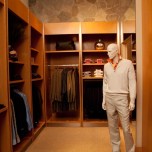 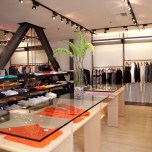 That’s how Bob Mitchell, co-president of the Mitchells Family of Stores, referred to the company’s plan to stabilize and revitalize the highly respected Wilkes Bashford in San Francisco.

Wilkes, which operates two men’s and women’s stores in northern California, was on the brink of liquidation when the Mitchells swooped in as white knights to rescue the 44-year-old business by buying its assets for $4.1 million in November.

In two to three years, Mitchell forecasts Wilkes’ sales volume will reach or surpass its peak in 2007, with women’s apparel sales increasing to about half of store volume from one-third today. “We bet these stores will be powerhouses,” he said. Sources estimate Wilkes’ current volume is around $20 million.

While the Mitchell family — which paid cash for the San Francisco retailer’s assets and assumed its store leases — had to weigh the strategic challenges of buying a floundering business 3,000 miles away on unfamiliar turf, its concerns were outweighed by Wilkes’ reputation as a designer fashion destination since 1966 with strong customer service, upscale clientele and a prime location in one of the America’s most lucrative fashion retail markets.

Like with other luxury fashion purveyors, Wilkes’ business was flattened by the recession, despite closing two stores and hiring a turnaround expert. The Wilkes Bashford Co.’s Chapter 11 filing cited $3.1 million in principal liabilities to vendors and its lender.

And while the future looked bleak, in the close-knit and declining world of independent fashion specialty stores, the retailer’s namesake, Wilkes Bashford, found a lifeline with his longtime industry friends, the Mitchells. The Mitchells’ business had weathered the downturn at its three stores — Mitchells in Westport, Conn.; Richards in Greenwich, Conn., and Marshs in Huntington, N.Y. — and sales are again increasing.

“We were tired of being on the defense,” Bob Mitchell said.

All told, the Mitchells juggernaut of stores has around $100 million in annual sales.

Since taking over operation of the Wilkes business, which also operates a store in Palo Alto, Calif., the Mitchells have moved swiftly to right the business.

“We were able to see what was happening in the business and react nimbly,” said vice president of marketing Andrew Mitchell-Namdar.

The Mitchells are using the same merchandising strategy as in their three East Coast stores: casting a wider net for customers by stocking pieces that represent the breadth of designer apparel and accessories at a range of prices, instead of selling primarily at the high end of the luxury business, which had been Wilkes’ trademark.

The accessories business, a stalwart of Mitchells’ other stores, is also being bolstered. Among a group of eclectic accessories new to Wilkes and offered exclusively are jewelry by Kimberly McDonald, featuring open-face geode rocks, and Diamond in the Rough, which uses uncut diamonds. A line of handbags and carryalls by Moore & Giles recently arrived made of tannery remnants. There are also made-to-measure shirts by Hamilton Custom Dress Shirts, produced in Houston of Italian fabric.

“Coming into the fall, we’ll be going gangbusters,” said Mitchell-Namdar of the first season when Wilkes’ inventory will reflect the entirety of the Mitchells’ merchandise changes and marketing. For example, a mailer with the lowdown on “The New Fit” for tailored and casual men’s dressing will be offered for the first time later this year.

While new goods have kept arriving since the acquisition — a fifth floor at the flagship was reopened with designer women’s sportswear in time for Christmas — they’ve been operating without the benefits of advance ordering, which allows retailers to request special fabrics and silhouettes to fulfill customers’ needs and better compete with other retailers carrying the same brands just blocks away.

“We buy what our customers want,” said Tyler Mitchell, the men’s accessories buyer and only family member to move to San Francisco full-time. Spending about half their time in the Golden Gate City are Mitchell-Namdar and company chairman and chief executive officer Jack Mitchell, whose parents founded the business in 1958.

Putting Jack Mitchell’s legendary “hug the customer” philosophy into practice, Mitchells’ buyers spend 75 percent of their time on the sales floor and are on a first-name basis with many of their shoppers.

Wilkes Bashford built his business on that type of personal customer service, an asset the Mitchells believe will help drive business forward. To that end, Bashford continues to be employed as a store ambassador to greater Bay Area social and philanthropic circles.

On a recent visit to the San Francisco flagship at 375 Sutter Street, a block off Union Square, there were four simultaneous trunk shows under way in the 18,000-square-foot, six-story building that resembles a townhouse on the inside and has a Pratesi linen boutique in a below-ground level.

Tyler Mitchell and Mitchell-Namdar, his cousin, were on hand. Standing in the wings, offering an occasional bon mot was Bashford, who seemed to be enjoying his new role as fashion elder statesman in the store that he founded at age 33.

In many respects, it seemed like not much had changed, aside from some new merchandise. At one point, Bashford’s old friend and longtime customer Willie Brown, the former San Francisco mayor and state Assembly speaker, stopped by to see new cashmere suits at the Kiton trunk show. He was greeted by Antonio Paone, president of the Napolitano manufacturer of handmade men’s and women’s fashion.

“Wilkes was our first customer in the U.S.,” said Paone.

When asked if luxury retailing would ever be like it was before the recession, Bashford had a diplomatic answer. “Luxury doesn’t always have to signify a high price,” he said. “It’s more important that something is well made and how it makes you feel.”

As for the Mitchells’ next step, they are quick to say the acquisition of Wilkes isn’t part of a bigger plan. The last time they expanded was in 2005 with the single-store acquisition of Marshs on Long Island, and before that, in 1995, when they bought Richards in Greenwich.

Bob Mitchell said there is still a lot more to be done within the two Wilkes stores to drive sales, including a renovation of the flagship in a few years and further cultivating customers, both existing and new. “We really want these to be the finest two stores in Northern California,” Bob Mitchell said, adding, “Our focus on the East Coast is to get our volume levels back, take much more market share and do the same in California.”