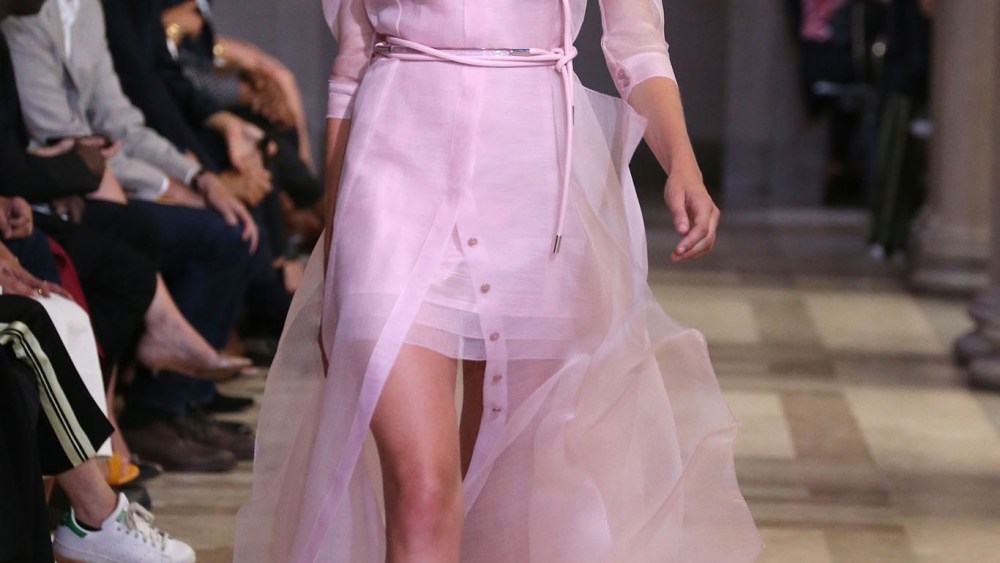 This is the dress, at least according to Moda Operandi.

The nearly $6,000 pastel pink Carolina Herrera sheer button-front dress was the top-selling spring look on the luxury e-commerce site, which featured 219 trunk shows with looks from the New York, London, Milan and Paris runways. Moda declined to say how many customers bought the dress, but a source close to Herrera estimated that nearly 100 have been sold overall, including preorders from the Web site.

“Everything we offer is what the brand is willing to produce,” said Mary Chiam, vice president of merchandise and planning at Moda. “When we work with brands directly [after the show], there are some styles that are specifically runway-only that they voice they don’t want to put into production. There are always one or two pieces.”

Trunk shows go live on modaoperandi.com following a show or presentation and consumers are able to pre-order looks exactly as they were shown. Shoppers pay 50 percent of the fee upon purchase and the rest when their order ships which, for spring, can range from January to May.

The e-tailer added 32 brands to its trunk show roster from the spring 2015 season, including Versace and Burberry Prorsum, as well as emerging labels Jacquemus, Brock, Rosetta Getty and Marco de Vincenzo.