Moda Operandi Goes All In for Handbags, Shoes and Accessories 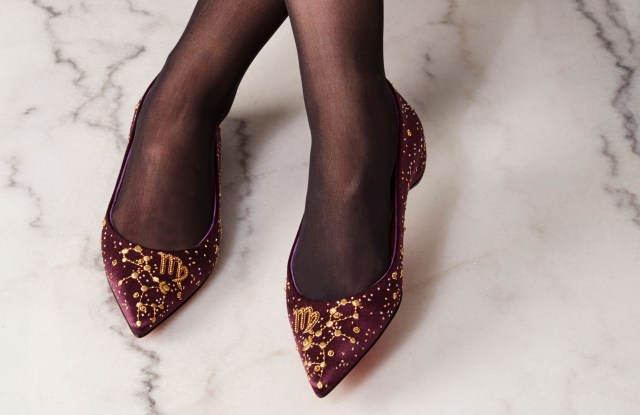 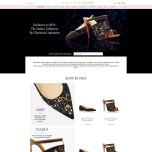 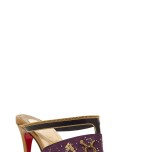 Moda Operandi, whose business encompasses ready-to-wear through couture, is doubling down on handbags, shoes and accessories, areas that are less developed than apparel and have a longer runway.

“We know there’s an opportunity in nonapparel,” said Deborah Nicodemus, Moda Operandi’s chief executive officer. “Apparel accounts for 70 percent of sales. It was up 67 percent in the second quarter, while nonapparel rose 190 percent, partly driven by Moda x Couture Show. It was a smashing success.”

Nicodemus was referring to the partnership with the Las Vegas fine jewelry trade show, the Couture Show, which on June 3 kicked off a live shoppable event on Moda to play up the site’s expansion of fine jewelry. Consumers’ reception to fine jewelry gave Nicodemus the confidence to introduce the other categories.

“After the success of fine jewelry, we’re going to focus on handbags and shoes,” she said. “After the Middle East, our next market for opening a showroom will be Asia, where they love handbags, shoes and fine jewelry.” The retailer is taking it slow when it comes to opening showrooms — the first opened in 2014 in London and was followed by a unit in New York last fall, but Moda Operandi has yet to open another one.

Total sales in the second quarter exceeded those in the first quarter by 70 percent. “We’re ahead of last year,” Nicodemus said. “Trunk shows were up 51 percent versus the boutique business, which was ahead 81 percent. Our domestic business rose 64 percent, international was up 84 percent. About 60 percent of Moda’s total business is done in the U.S.”

To build up the handbag, shoes and accessories category, Nicodemus invested in “boutique,” Moda’s term for its in-season rtw business. “We bought into exclusive capsule collections made for Moda,” she said. “I tested a bit, and now, we’re going ahead full throttle.”

The first capsules featured caftans by Johanna Ortiz and shoes from Aquazzura. Ortiz in September will launch an exclusive range of handbags, shoes and accessories on Moda. Next year, she’ll design an entire bridal trousseau including shoes, bags, fine jewelry and lingerie.

Christian Louboutin‘s capsule designed exclusively for Moda last year sold out. The line consisted of two shoe styles and two different heel types with the signs of the Zodiac hand-embroidered on jewel-toned velvet. “Clients had their names embroidered into the shoes,” Nicodemus said. “The starting price was $2,000 to $2,200.”

Consumers who wanted, but couldn’t score, a pair of Zodiac shoes will get a second chance in August when the designer reprises the line in new color ways and materials. “Louboutin agreed to produce more,” Nicodemus said, adding a new capsule that Moda worked on with Louboutin’s atelier also will bow next month.

Moda is seeing growth in it trunk-show business from both emerging talent and established brands that are new to the site. “This past season, we launched Manolo Blahnik and our assortment purposely focused on their fashion collection to offer something new for our clients,” Nicodemus said. “We have an emphasis on exclusives. We’re going to have a narrow band of brands.”

Moda Operandi has almost no choice but to emphasize products not found anywhere else, since the site doesn’t sell brands such as Chanel, Louis Vuitton and Hermès, although it has a small selection of vintage Hermès handbags.

“Our nonapparel strategy is to focus on an assortment beyond runway pieces, offering highly elevated brands while introducing new designers,” Nicodemus said. “The trunk show windows for nonapparel have been extended longer than ready-to-wear shows since many clients buy nonapparel after purchasing ready-to-wear as a complement to their purchase.”

To create a house for the new businesses online, Moda is introducing a “Salon” on the site similar to the one it launched for fine jewelry. “It’s a way to present multiple brands with an editorial point-of-view,” Nicodemus said.

Moda recently launched theme-based accessories trunk shows alongside its existing trend-based ones. Nicodemus said what she learned is that “our clients want to ultimately shop a curation. We saw a 2.3 percent lift in sales week-over-week during our first test of the curated trunk show format for shoes with themes such as The Slide, Out of Office and Gallery Girl.

“For those clients looking for more established names, we’ve partnered with key brands such as No. 21, Rochas and Proenza Schouler to launch a separate accessories trunk show so that the pieces can stand alongside the rtw collections.”

“The World Of…” bowing on the site during New York Fashion Week, will be a showcase for established brands.

To support the growth of handbags, shoes and accessories, Nicodemus split the apparel team from the nonapparel team. “The organizational restructuring was one of our most important initiatives,” she said. “We thought we could capture the current sales opportunity in nonapparel, and apparel could concentrate on just apparel.”

The company has a lot on her plate for 2018, with the April launch of the home business through a collaboration with Cabana magazine. As reported, men’s will launch in 2018, initially with 10 brands. “We’ll ultimately have a site just for men,” she said. Mobile will be relaunched at the end of 2019.