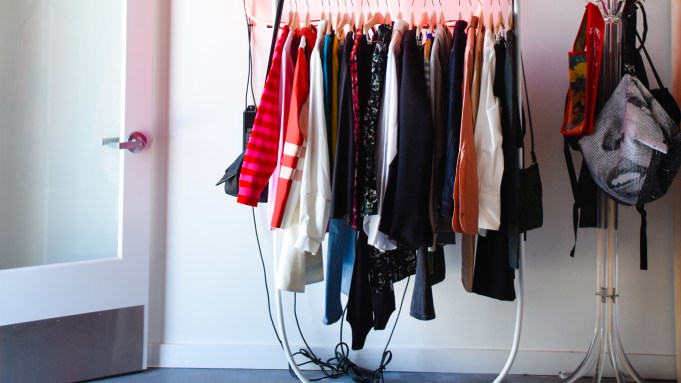 Lisa Bush is set to strike out on her own with Mona Moore.

The founder of the multibrand boutique has plans to move to Lincoln Boulevard in Venice this month, relocating from her former space on Main Street.

The move was timed with Bush’s business now growing at a rapid clip online and in-store where, two years ago, she added apparel to what had previously been only a footwear retail business. Mona Moore carries about 40 lines, including Haider Ackermann, Marni, The Row, Tomas Maier, A1923, Borsalino, Mykita and Vetements.

Bush began looking for a new building about a year ago, this time deciding to buy (rather than lease) a 2,000-square-foot piece of real estate with some history.

“To me, it feels so nice to have a permanent home,” Bush said. “We’re not going to move. We’re renovating to stay forever and it’s really going to be our home.”

The former Swedish Car Repair had been there since the Seventies and she’s keeping the three garage bays in an homage to the former inhabitant as well as the general area’s prior concentration of auto dealers, repair shops and gas stations that’s since become a burgeoning scene for a new wave of fashion and food brands. Boy + Girl, a high-end line of organic children’s wear, is located next to Bush.

“The street is really transforming,” she said of Lincoln. “It’s traditionally been car repairs, car washes, gas stations and now [in Venice] there’s Abbot Kinney, Main Street and I think Lincoln is also going to be a really nice destination for shopping.”

Within her own space, she described her aesthetic as minimal utilitarianism mixed with the fanciful, as seen in the midcentury Italian red sofa she’ll bring from Main Street to the new shop on Lincoln.

“I like the combination of pragmatic things being what they are and then the theatrical, fun fanciful sense of design,” she said.

The shop owner, who began her business in 2002 in Montreal with a former business partner, takes its name from the play on the words mon amour as well as “Moore” being a tribute to Bush’s paternal grandmother’s surname.

Mona Moore’s start in footwear doesn’t stray far from her family’s roots with her cousins on the Bush side of the family still running the Bush-Flora Shoes, which has been based out of Roanoke, Va. since 1911.

“That for sure affected my interest in fashion,” Bush said. “I didn’t think I would go into the shoe business, but that’s exactly what happened. Then two years ago we added clothing, so I’m a full boutique.”

She’s also keeping her business within the family with her 24-year-old daughter now working at the store, assisting with mailers and graphics. Bush said she’s now planning to have her assist with the buying.

Mona Moore is set to hold a store opening party, cohosted by Rodarte’s Kate and Laura Mulleavy on Oct. 14.