The fashion and luxury accessories Web site carries more than 100 brands ranging from Burberry, Marni and Vanessa Bruno to Shourouk and Ray-Ban. 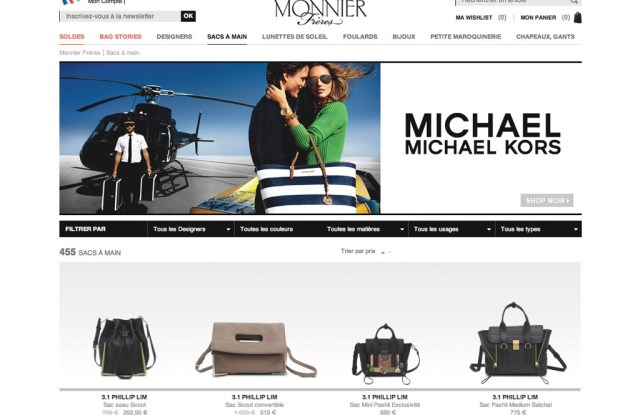 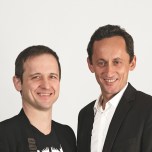 Monnier Frères, the fashion and luxury accessories Web site launched by two French brothers in 2011, plans to take on North America in September.

The site carries more than 100 brands ranging from Burberry, Marni, Valextra and Vanessa Bruno to Kenneth Jay Lane, Shourouk and Ray-Ban. It’s aiming for the high-end shopper with the breadth and depth of its offering — and exclusive styles.

Indeed, the only accessories categories that founders Jean and Guillaume Monnier do not sell are footwear and high-end jewelry. The site offers 24-hour shipping anywhere in Europe and 30-day returns, and plans to replicate that service in the U.S. with similar delivery times to major cities such as New York, Boston and Philadelphia. There are local Web sites in the U.K., Germany, Italy and France, and the average checkout is 600 euros, or $786.

“My brother and I noticed the relationship women had with their accessories, their handbags in particular, and saw a business opportunity,” said Jean Monnier, who has a long history in e-commerce — he launched Auchan Direct, the Web site for the French retailing giant. His brother Guillaume worked most recently at Dior, as head of merchandising for the company’s Japanese subsidiary.

“Our aim is to offer the widest and smartest choice in accessories,” said Monnier, adding that his inspiration is Net-a-Porter rather than Amazon.

Among the exclusive styles for fall are bags by Vanessa Bruno, Phillip Lim, Rachael Ruddick and Paula Cademartori.

Investors in Monnier Frères include the family behind the Belgian retailer Louis Delhaize; Internet entrepreneur Marc Simoncini, and Françoise Montenay, the former president of Chanel and a member of its supervisory board.

Going forward, the goal is “to go deeper and deeper into accessories,” said Monnier. “That is what we want to be known for.”