The Canadian brand is responding nimbly to the times, with an international pop-up strategy in markets where it's sensing a rebound in demand.

Moose Knuckles, the luxury men’s and women’s apparel and outerwear brand, has made a virtue of lockdown setting an aggressive growth strategy, ramping up its digital offer and opening pop-up shops in response to the ebb and flow of consumer demand in different markets worldwide.

The newest pop-up is located in London, where the brand has taken over the vast, former Mango space at 106-112 Regent Street. It opened immediately after lockdown 2.0 ended in England earlier in the week.

Undaunted by the impact of the pandemic, the brand is also expanding its Milan-based European headquarters, with plans to move into a 108,000-square-foot space in May.

Four years ago, Moose Knuckles had just two staffers in Europe, and by the end of 2021 it will have 40, Marco D’Avanzo, the company’s general manager and executive vice president of global sales, said in an interview. 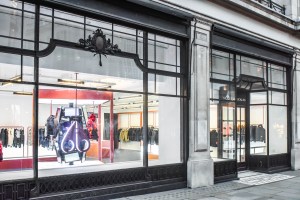 The virus may have put some of the Canadian brand’s expansion plans on hold, but it hasn’t changed its strategy for the medium to long term. D’Avanzo said the brand has been growing at a rate of 50 percent to 80 percent year-on-year for the last five years, and it’s expected to resume that level of growth in 2021.

While he admitted 2020 has been a challenge for most companies, Moose Knuckles included, D’Avanzo said the brand is still set to notch double-digit growth this year, powered chiefly by young, fashion-wise consumers who are layering their goose down, fur-trimmed puffers with clothing and sneakers from brands like Off-White, Balenciaga, Givenchy and Alexander McQueen.

The pop-ups are targeted at that very audience.

Moose Knuckles is building the temporary stores in specific locations “where demand and energy are high.” It determines where to open by looking at shopping patterns, digital behavior, e-commerce, and wholesale data. 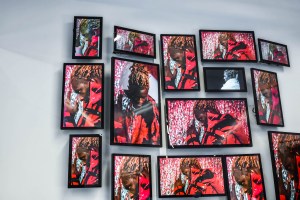 Over the past few months, the brand has opened pop-ups in Beijing, Shanghai, Philadelphia, New York, Milan, Dusseldorf, Amsterdam, Liverpool and Stockholm. The London pop-up spans 1,830 square feet, and its neighbors on Regent Street include Superdry, Mulberry, Whole Foods, Nespresso, Uniqlo and Anthropologie.

Each pop-up stocks products from the fall/winter 2020 collection, including Power Puff, a new line of reversible, machine-washable puffers.

Bureau Betak, a production company that has worked with Louis Vuitton and Yves Saint Laurent, has developed a digitally immersive concept for the European pop-ups. It created stark interiors and filled them with digital screens, mannequins and iridescent gold fixtures meant to simulate how kinetic energy becomes heat “and fills the world with warmth.”

D’Avanzo said pop-ups are proving a great way to test the waters of the various markets, and the plan is to go big when Moose Knuckles decides to settle down with a permanent store. A future London flagship, he said, could be double the size of the Regent Street store.

During lockdown earlier this year, D’Avanzo said the company pivoted quickly, shifting its focus and capital investment from Europe to Asia, which generates about one-third of the business. In addition to focusing on Asia, which began rebounding earlier this year, the brand also accelerated its transition to digital, upgraded its e-commerce platform and its web site. 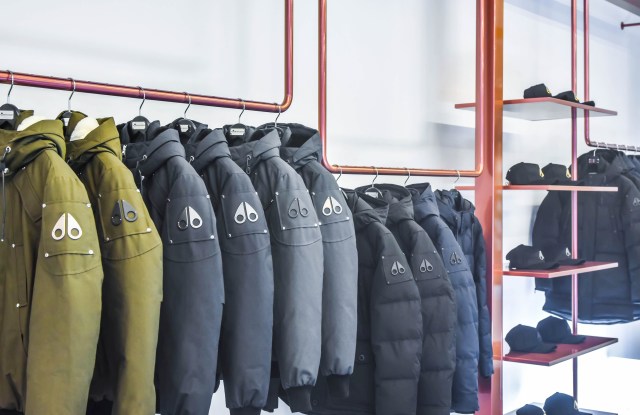 D’Avanzo said that while Moose Knuckles may be competing with the likes of Moncler, Canada Goose and Stone Island, the company wants to be known as “the fashion brand in the arena.”

Moose Knuckles leaves it to others to make coats for the freezing mountain face or vast, windblown prairie, D’Avanzo said. Instead, his brand wants to be the top choice for all those fashion kids standing in the freezing cold of a London or Berlin night, waiting to get into a club.

“We’ve never looked at this brand from an outerwear perspective,” he said, adding that Moose Knuckles draws a younger demographic than its luxury competitors.

The company, which had previously been a wholesale business, was purchased by Ayal Twik and Noah Stern in 2009 and sells globally through e-commerce and a variety of wholesale partners, including Harrods, Selfridges, Nordstrom, Bloomingdale’s, and Neiman Marcus, in addition to a number of independent boutiques.

As reported, Daniella Vitale, the former chief executive officer and president of Barneys New York, joined the board over the summer “to help get us to the next level,” said Twik.

According to D’Avanzo, the plan going forward is to further “elevate” the brand perception, forge tighter relationships with influencers in key markets — such as the Korean hip-hop star Jay Park, and the Chinese influencer Gogoboi — and stay close to its mainly young customer base.

Like so many luxury leaders, D’Avanzo said the streetwear-loving crowd has been fueling sales during lockdown and beyond, and Moose Knuckles wants to hold them as close.

“These are customers who want an authentic relationship with brands,” he said. “A brand’s values are important to them, and they also want a feeling of belonging. They want to be a part of something.”