Architect and furniture designer Harry Nuriev put a coffee bar — and lots of royal blue — into the Crosby Studios Store.

Moscow’s newest hangout and retail destination beckons with its mesmerizing royal blue furnishings and giant bear sculpture, the smell of gourmet coffee — and a curious paucity of shelves and merchandise.

Called Crosby Studios Store, it’s the brainchild of Russia-born architect and furniture designer Harry Nuriev, who is loathe to put a label on the new 2,300-square-foot space at 19 Malaya Ordynka in central Moscow.

“I would not call this place in a particular way, but I perceive it as a public place that should make you comfortable like you are at home. Here you can go on a date, read a book, come at an early stage of your career to get inspired, or you can also order a 1,000-square-meter [10,700-square-foot] architectural project,” said Nuriev, perhaps best known in fashion circles for the transparent vinyl sofa stuffed with discarded clothing he did for Balenciaga at Design Miami in 2019. He’s also done projects for Nike, Valentino, Opening Ceremony and other fashion brands. 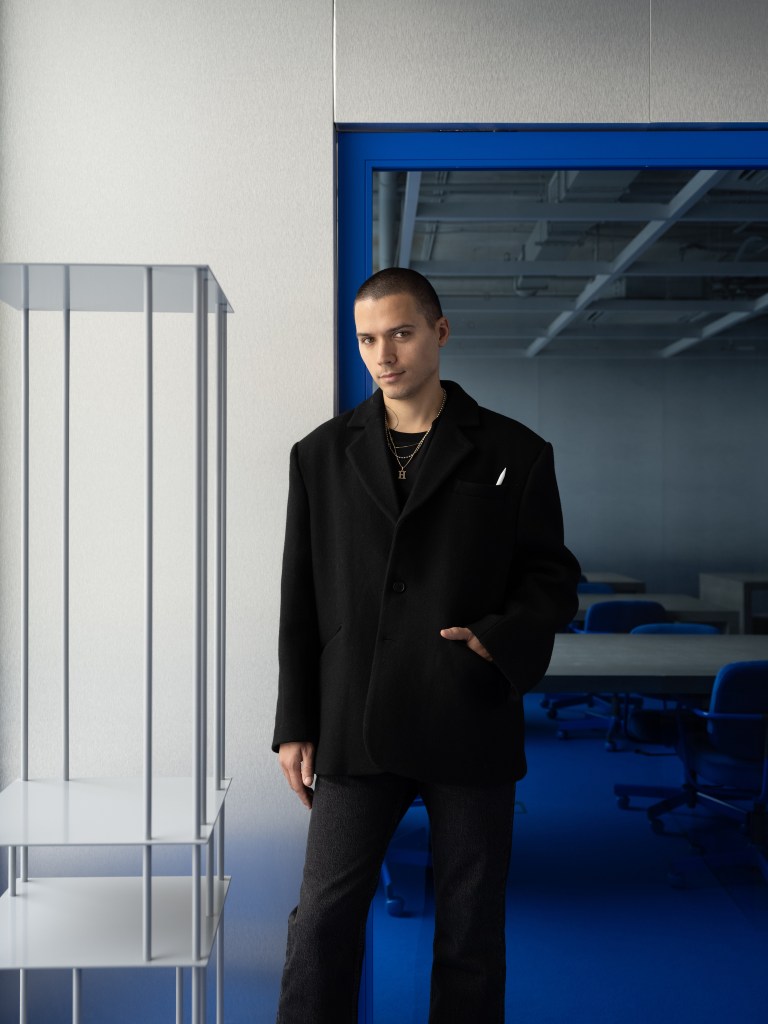 A sunken seating space, circular and appointed with hand-shaped pillows, is the centerpiece of the sleek concrete space for Crosby Studios Store, with a coffee bar lining one wall and a corridor leading to Nuriev’s architectural and design studio — his main business.

“Imagine having an office with your own coffee and logo? Crosby gives you everything, is like your own temple, and Crosby is about this ideology to combine different disciplines in one, where everyone can find his or her own dimension,” he said.

Born in Stavropol, a city in southwestern Russia, Nuriev considers the new flagship something of a homecoming gift to the city after spending four years living and working in New York City.

“I want to give a spot of inspiration to the local scene,” he said, noting the new Moscow space takes inspiration from the places he’s lived, and also Paris, with its vibrant fashion scene and cafe culture.

Injir, a local pastry specialist, developed the menu and dyed all of its sweets in his fetish royal blue color, which might remind fashion fans of legendary Paris concept store Colette, which closed in 2017. 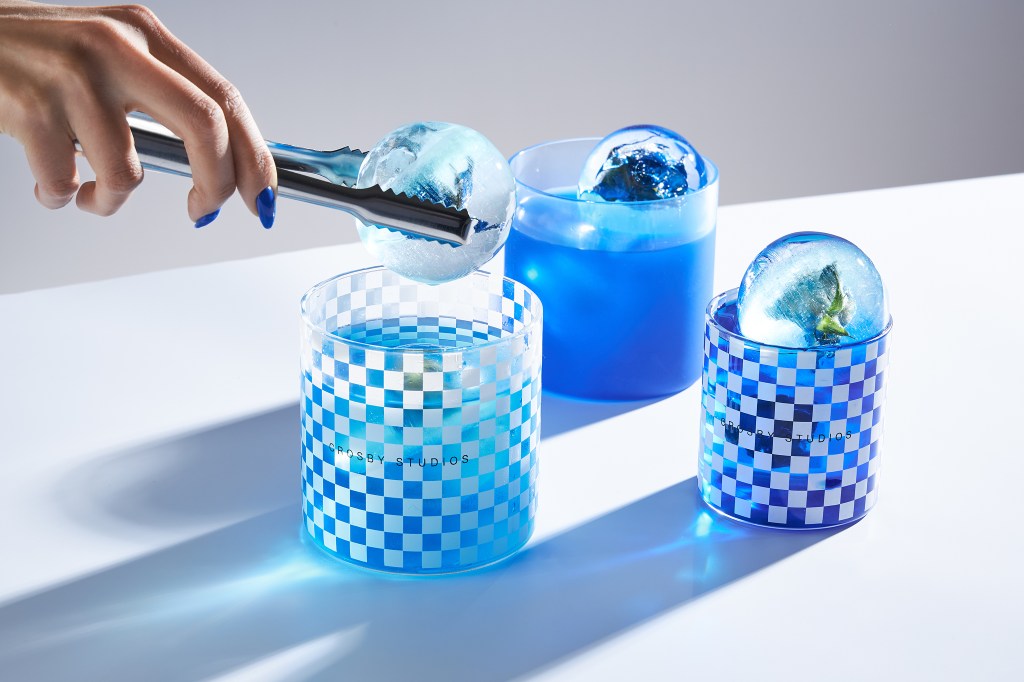 “I know how Colette changed the retail landscape,” Nuriev allowed. “I was, am also inspired by that place, but since I was a kid, I am in love with blue. Even my granny used to say, ‘Blue is your color’ as I used to touch and pick every blue object.”

The space, which opens today, sells vivid blue — and some gray — candles, glassware, samovars and pillows, all designed by Nuriev, who also plans to eventually stock some loungewear.

“Fashion is vocal and loud, but I learned that fashion is not clothing, but a way of expressing yourself. I also learned that good ideas come from different worlds, different neighborhoods working together. That is why I never collaborate with a designer from the design world because there is no sense to me. People did not expect to see a Balenciaga sofa,” he said.

He also wants to stay away from the traditional way fashion boutiques do business.

“I have my own philosophy. Traditional retail is like a ‘pick-up’ place — you can see shelves from which to pick up something, and that is boring to me. For any client I work with, I tell them to think differently, leave their comfort zone,” he said. 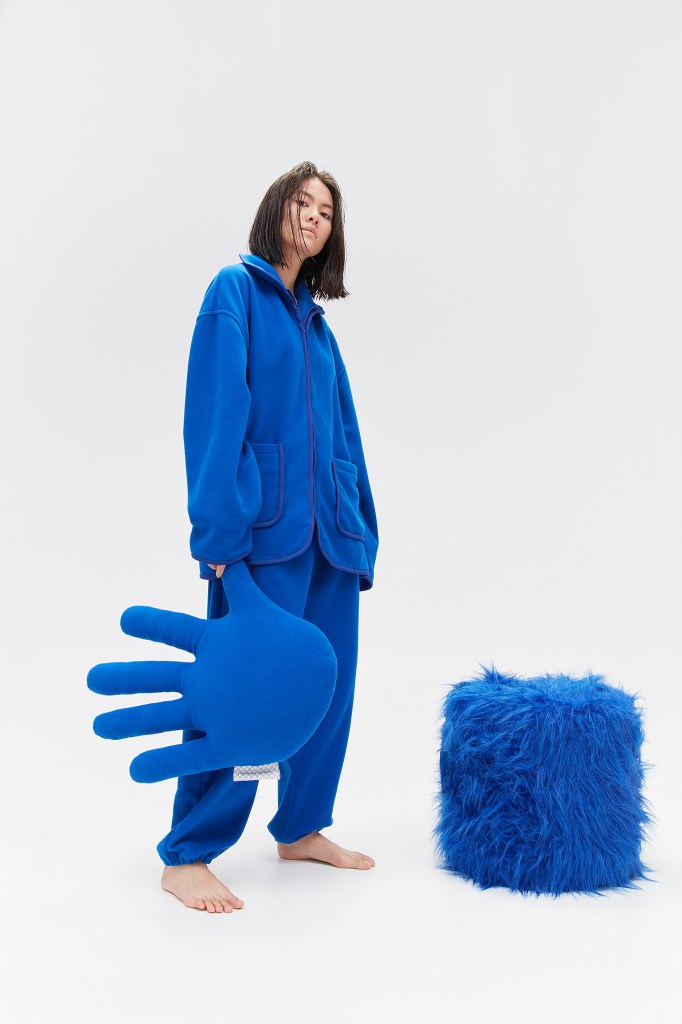 Pillows and loungewear are among the products on offer.  Julia Tatarchenko/Courtesy

For example, his Casetify boutique in Hong Kong is pure Instagram-catnip, like a space ship with blob-shaped overhead lighting and bright curvy walls, while the Avgvst Jewelry store in St. Petersburg features a neon yellow coffee shop in the middle of the bunker-like space.

“I can be a homebody, but when I go out, I want to be surrounded by beautiful people and beautiful design. I think a good design is something that heals you,” Nuriev mused.