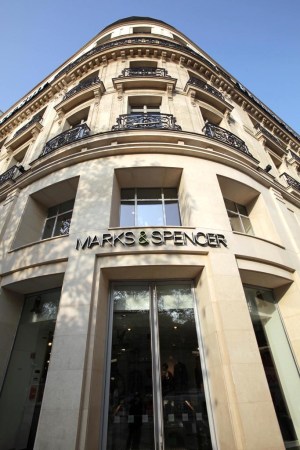 PARIS — Marks & Spencer Group plc, Britain’s biggest clothing retailer, returned to France after a 10-year absence with the opening today of a flagship on the Avenue des Champs-Elysées.

M&S had caused dismay among staff and customers a decade ago by abruptly closing its 18 French stores, including its then-flagship on Boulevard Haussmann.

“In 10 years, Boulevard Haussmann and Paris have changed. The big brands that were there at the time are now here on the Champs-Elysées,” Bolland said. “And it’s not only Paris that has changed a little. Marks & Spencer has changed a little too. We have very interesting clothes that combine fashion and quality.”

M&S has signed leases for another three full-line stores in and near Paris, due to open from autumn 2012, and is in talks for a further two locations. It is also looking for spaces for its specialized Simply Food stores.