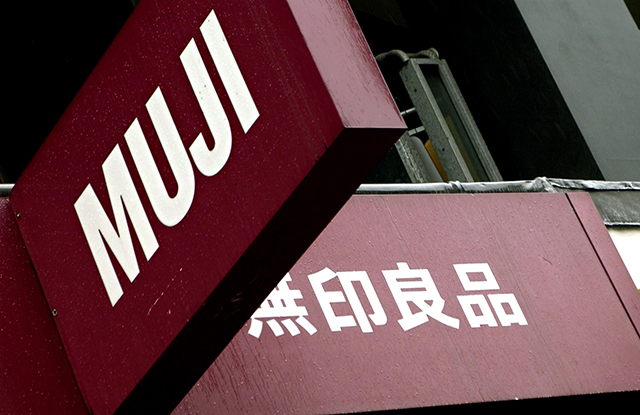 The world keeps getting smaller.

As Japanese retailer Muji opened its doors in India for the first time with a 2,500-square-foot store at Palladium mall in Mumbai last week, it was also a step forward in trade relations. Muji’s parent company, Ryohin Keikaku Co. Ltd., became the first Japanese retailer to receive individual approval of operation from the Indian government’s Foreign Investment Promotion Board.

Satoru Matsuzaki, who took over as company president and representative director last year, told WWD that the opening in India came after more than 10 trips to the country. Masuzaki signed a joint venture agreement with Reliance Brands, a subsidiary of Reliance Ltd. in June 2015. This was the eighth joint venture for Reliance, which has brought more than a dozen brands to India including Brooks Brothers, Thomas Pink, Diesel, Ermenegildo Zegna, Steve Madden, et al.

That Muji is now opening its first store in India now may appear a bit belated to some. “No, not late at all,” Matsuzaki said in an exclusive interview with WWD. “We started the process in February 2012 and, in this time, many rules have changed in India. We are now able to have a majority stake in the company in India, and that is our model. If we produce 30 percent of the products in India we can own 100 percent, but we do not have that intention. In India, we are allowed  51 percent — it is a local law — we are not allowed to own more. I need a local partner. Reliance. Simple.”

The Indian government eased regulations on foreign businesses in 2012.

Indian customers also appear to have evolved and to be ready for the brand. “Sales over the first few days have been phenomenal,” said Darshan Mehta, president and chief executive officer of Reliance Brands. He said Indian customers were already familiar with the brand and the quality it stands for. “They understand it is about quality. For example, even if it is a pencil that Muji sells, it is designed so that its lead doesn’t break and you can use it all the way to the end. It is unique.” The second Muji store in India, a 6,000-square-foot unit, will open in September, he said.

Ryohin Keikaku exceeded targets for financial year 2015, ending February this year, with consolidated net sales of 307.19 billion yen or $3.04 billion. Overseas sales were 109,090 million yen or $1.08 billion for the financial year 2015. Although Muji does largely company-owned stores — more than 90 percent of stores are owned and directly operated, while others, such as in South Korea and Thailand, are joint ventures with a majority stake held by Ryohin. The units in the Middle East and Philippines are licensees.

Overseas business will continue to be a big focus in the coming year, with Asia being a major driver. As of February, there were 414 stores in Japan, up from 401 the previous year. The number of stores overseas are catching up fast — with 344 stores, up from 301 last year.

In the 2016 financial year — ending February 2017 — overseas markets are expected to come even closer, with plans to have 402 stores overseas and 421 in Japan.

Founded in 1980, Muji stands for Mujirushi Ryohin, which means “no-name brand good products.” While the style is often described as minimalist, the company sees it differently. “Muji’s products, born from an extremely rational manufacturing process, are succinct, but they are not in the minimalist style. That is, they are like empty vessels. Simplicity and emptiness yield the ultimate universality, embracing the feelings and thoughts of all people.”

China continues to be a major growth area. “Ah, the China business,” Matsuzaki beamed. “At the end of this year, we will open the 40th store in China to make a total of 200 stores in China. We will continue to expand in China, but not pursue the store numbers because we now have so many shops, but we need a differentiation. Store size has been one way of differentiation —we opened the flagship in Shanghai in December 2015, store size nearly 30,138 square feet and the world’s second biggest store in Chengdu, China at 26,909 square feet in December 2014.

“Usually the standard size is 700 square meters, or 7,534 square feet, but as our kinds of merchandising increased it was time to look at the store size,” he said.

The large format stores, also in Taiwan, Seoul, Singapore and New York have been part of the strategy for ongoing overseas performance, which grew 140 percent over the previous year.

Hong Kong continued to grow despite store remodeling and lower inbound tourist demand and a general drop in retail stores; South Korea had lower in-store sales due to an outbreak of the viral respiratory illness, MERS.

In West and South Asia, which had sales of  8,911 million yen or $88.10 million along with Oceania, Malaysia had the fastest growth, followed by Singapore, Thailand and Australia.

The U.S., which saw store openings at the Westfield Garden State Plaza in Paramus, N.J., and on Fifth Avenue in New York last year, continues to be a major market. Matsuzaki believes that the U.S. will lead growth in the coming years. “With so many travelers from all over the world coming to New York and the United States, it is a very good showcase not only for Japanese retailers, but world retailers to set up shop there,” he said.

Managing retail from such a great distance, can be a challenge, but the business execution is detailed with a 2,000 page operation manual customized for each country. “The base is the same, with the same essential company philosophy and operations. But there are differences according to the culture and history of each place,” Matsuzaki said.

Speaking about the appeal of Muji across the world, Matsuzaki simplified it almost as much as the Muji offerings themselves. “All over the world, people sleep, and they eat and they wear. Muji makes the basic items. It’s universal, global….Therefore we can cater to all the markets in the world,” he observed.

Pricing continues to vary, a challenge that most global retailer face. In India, for example, prices are higher than China and Hong Kong. “Because in Hong Kong there is no customs duty, and we have production bases in China,” he explained. Imported cotton and furniture for example, are much more costly.

Apparel continues to be a major driver, with the unique positioning that Muji has worked out in terms of fabric, styles and cuts. “In fashion we don’t use too many colors. We concentrate on the material itself. For the garment, the fabric is natural without too much dyeing. We eliminate polish,” Matsuzaki said, adding that there was “no difference now between the Asian and European customer now.”

Matsuzaki observed that customers have changed in other ways. “I feel that the consumer earlier was seeking more value in terms of brand. Now the customer has more information and has become more sophisticated, and from seeking value in a brand, they are now seeking value in quality and the utility of the product. Muji’s philosophy is also the same, and that is one reason we are doing well,” he said.

In terms of apparel, organic cotton is a “product that consumers find empathy with. It is also good for both the consumer and the producer,” Matsuzaki noted, adding that broadly the company had two categories for apparel — one for Japan and Asia and the other for Europe.

Muji is also stepping up travel — Muji to Go stores — and its food concept Café & Meal Muji. “We are a lifestyle shop and want to cover the life of our people,” he explained. “For example, with Muji to Go we concentrate on travel and the mobile, therefore, we want to set up such shops in the airports. The shop size is small and the merchandise is specific for the traveler. That is the format.”

None of the store formats have a dramatic growth plan. “We are very simple and don’t grow rapidly. We are Muji,” he said with a smile.

“China is a very good example. We opened the first store in 2005. Until 2007, there was only one store. We never opened new stores. In 2008, we opened five stores. We plan for a similar growth for India,” he observed.

Looking ahead in terms of the bigger picture, Satoru Matsuzaki has many plans.

“Earlier,” he said, “I was on the plane a lot. There was only one director in charge of all the overseas work. Now I have appointed three directors for all the work. Now I can take on the more challenging issues. Especially, I want to change the personnel education system and the infrastructure for the overseas business.”

But the core value he brought to the job continues: “I really value meeting people — the association with people is very important,” he said.