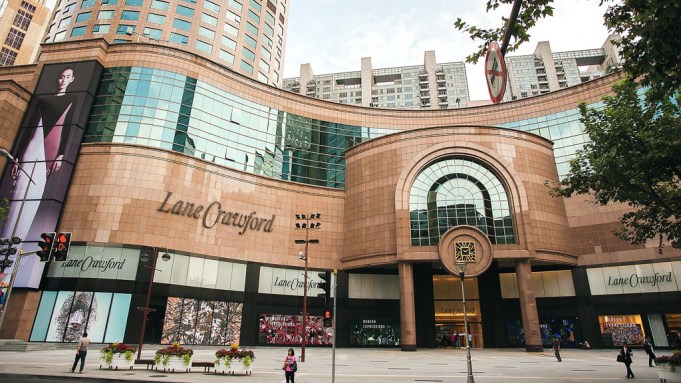 SHANGHAI — Previously a black hole in China’s retail space, multibrand retailers are beginning to make their mark in the Middle Kingdom.

Monobrand stores in shopping malls still dominate the luxury goods market in China, but that is noticeably changing. Over the past few months, Lane Crawford and 10 Corso Como have opened flagships in Shanghai, while Galeries Lafayette has returned to Beijing on a mission to be Mainland China’s first true department store. But this string of openings is just the latest example of China’s embrace of multibrand retailing. A plethora of independent multibrand boutiques have been popping up in China’s first-tier cities over the past few years.

These independent retailers might lack the name recognition of their larger, international counterparts, but they are no less invested in the idea that the Chinese market is sophisticated enough to move toward multibrand retailing. Consumers are seeking out new brands and want to move past obvious wealth flaunting, especially in the current climate as the Chinese government cracks down on corruption and lavish gift giving.

“The meaning of luxury for these well-traveled and well-off luxury buyers is more than just a statement of their status. They desire to derive deeper personal meaning from their luxury purchase, as well as to also differentiate themselves from the ‘nouveau riche,’” said Saurabh Sharma, a planning partner at Ogilvy & Mather in Beijing.

That has certainly been the experience of Jillian Xin, who moved to Shanghai from London in 2010. On arrival, she found a lot of options at the lowest and highest end, but very few of the independent boutiques she loved to shop in at home.

This gap in the market prompted her to open XinleLu.com, initially an online store, which has since spawned two brick-and-mortar boutiques in Shanghai stocking niche, mid- to high-end brands from around the world, including Alice & Trixie, U.K.-based Alex Monroe and Sweden’s Mes Dames. There are two physical stores, one called the XinleLu.com Showroom and the other the XinleLu.com Boutique.

“Brands have always been a big driver for Chinese consumers, but at the same time, particularly in tier-one cities, you have more discerning, sophisticated shoppers who are looking for something different,” she said. “It’s all part of the evolving tastes of Chinese shoppers and the evolving nature of the Chinese retail scene. Now we have a mature enough market and mature enough consumers that we can have more brands and more independent brands in the mix.”

One of the sophisticated consumers Xin speaks of is Xixi He, a Shanghai native in her 30s who works in private equity and often travels to Paris and the U.S. to shop.

“As a woman at my age with a certain financial status, I am always trying to make myself a little bit exclusive. I get a little bit bored with the luxury brands that are so popular everywhere,” she said. “I think now we are out of the stage of dressing head to toe in the same luxury brands and we can make something different. You need to know yourself quite well to know the style that is suited to you, but I think it’s very important.”

To find her favorite American ready-to-wear brands — Jason Wu, Rag & Bone and Twelfth Street by Cynthia Vincent — in Shanghai, He turns to local, independent multibrand retailers, such as The Villa, which was opened by American expatriate Sara Villarreal four years ago.

“Chinese people have been so accustomed to mono-label stores, and mixing and matching brands means you have to think more and make choices, which is a stretch for a lot of people. But with more of us promoting worthy designers and educating these consumers, it helps to further solidify the concept of the multibrand shopping environments,” Villarreal said.

Even in the men’s wear sector, where consumers are often more conservative and limited to top-tier designer labels as the ultimate in fashion and status, independent multibrand retailers like Aegis Shanghai are seeing three years of educating consumers pay off.

“It’s about opening up their spectrum of taste, you can get something that’s very well made, that looks good, and it doesn’t have to be a top-tier designer brand. We work in the mid to high end and offer premium contemporary designers, most of them are fairly known in the States and Europe, but virtually unknown here,” said Brian Chien, director of Aegis Shanghai’s store operations.

The fact that more multibrand retailers are setting up shop in China is good news for international designers, many of whom have yet to establish themselves in the market, where going it alone means a large financial outlay and a minefield of local regulation.

“It’s absolutely a key route in for them. The reality is most niche brands are used to having the wholesale channel through multilabel stores; that’s their bread and butter,” said Peter Caplowe, cofounder of The Hub, a new Hong Kong trade show that features American and European contemporary brands.

It seems the powers that be, and the property developers that have in many ways shaped the retail landscape here by building a plethora of malls, are coming around to the desirability of multibrand retailing.

“We recently had discussions with very senior trade organization people in Beijing — they see multibrand store owners are going to be making more money and helping the Chinese economy,” Caplowe explained, adding that mall developers are also looking to differentiate themselves by offering something different in the form of multibrand stores.

Ogilvy & Mather’s Sharma pointed out that the opportunity for niche international brands and independent multibrand boutiques is running along a parallel path in China, where they are both likely to find further success.

“This is the time for stories and personalization, not just stores and products. The growth of new multibrand stores offers a big opportunity for lesser-known luxury brands and retailers that can create a personalized purchase and post-purchase experience,” he said.