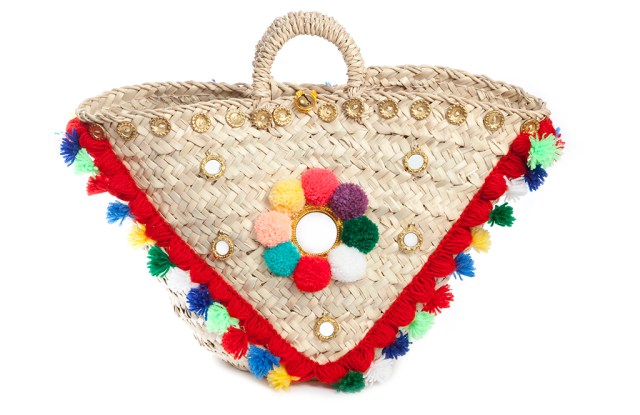 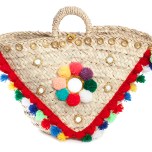 Founded by Tatiana Santo Domingo and Dana Alikhani, the London-based company is a traveling pop-up backed by a digital flagship that sells “pieces of national heritage that are disappearing,” according to Alikhani. The Web site at muzungusisters.com launched in 2011 with a corresponding physical space — and that’s been the approach ever since.

Alikhani said she and Santo Domingo host pop-up parties nearly once a month, supporting their online business in places as diverse as Madrid, Monaco, Mykonos, Paris, Milan and Beirut. This is the first time that Muzungu Sisters has brought its brand to the United States.

“The majority of e-commerce consumers hail from the U.S.,” 31-year-old Alikhani said Monday afternoon at the Mercer Hotel here. “And not just from New York; they’re from all over the U.S.”

The 1,000-square-foot space will be open for three days at 402 West 13th Street in the Meatpacking District, starting Thursday. Among the items that will be for sale are the $750 Grace Raj coat, a heavy tweed jacket with colorful Indian embroidery that was made in Rajasthan, India. Alikhani said she and Santo Domingo, 32, bought four of the vintage pieces, but that this is the only one left (the other three sold at a Christie’s pop-up in London). Other products include bedding from the Hill Tribes of Northern Thailand and Laos as well as a range of exclusive Olympia Le-Tan clutches that just hit the site this week. Ten percent of all sales from the $1,395 handbags will be donated to the United Nations High Commissioner for Refugees.

Alikhani, who studied social anthropology and human rights, said she and Santo Domingo design or commission items based on an artisan’s skill set or they buy a piece as is. Alikhani said the goal is to “shine a light on the diverse types of craftsmanship so prevalent in artisan communities that often get overlooked in favor of a designer.”

She added: “We’re highlighting the intricate work of artisan communities everywhere by promoting their creations in new markets and making sure they keep their weaving and embroidery traditions alive so that younger generations have an incentive to keep learning their communities’ crafts.”