MyWardrobe HQ, the fashion and luxury rental and resale site, is branching into men’s wear, but its focus will be on everyday clothing and outerwear rather than the usual fare of tuxedos, morning suits and other formal clothing.

The site is launching men’s with a selection of jackets from Belstaff’s Icons collection, and MWHQ plans to mark the event with a panel discussion on Friday during London Fashion Week. It will be hosted by the company’s chair Jane Shepherdson.

Shepherdson will be speaking to Dylan Jones, editor of British GQ; actor and Belstaff brand ambassador James Norton; Wilson Oryema, the artist, writer and model, and Misan Harriman, the Nigerian-born British photographer who took the portrait of the Duke and Duchess of Sussex when they revealed they were expecting their second child.

The two brands said they want to cater to a Millennial customer with a “no ownership” mind-set, and to those wishing to spend their money on season-less, long-lasting items.

Fran Millar, chief executive officer of Belstaff, said that MWHQ “offers a unique service with sustainable fashion at its core that works with our ‘built for life’ design philosophy. We look forward to our continued partnership, and to promoting a circular fashion economy.”

Millar added the rental opportunity was an interesting one for Belstaff because its key pieces are investments, “and what better way than to try them out in your own life before deciding to make the commitment?” Millar also believes that men should have the same opportunities as women regarding fashion rental.

MWHQ, which launched in 2019 with women’s wear, urges customers to engage in “conscious consumption,” and wants to keep fashion moving in a circular motion through rentals, purchases and relistings on the site. Men’s wear is the latest launch for MWHQ after it launched children’s wear last September.

About 70 percent of the merchandise on MWHQ comes directly from luxury and designer brands, while 30 percent comes from individuals’ own wardrobes. The company said that about 70 percent of rented items are eventually purchased, and the average basket value is 300 pounds. 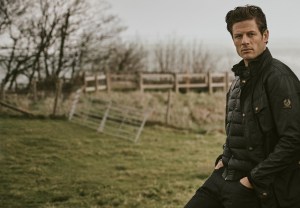 Shepherdson, the former chief executive officer of high street chain Whistles and former brand director of Topshop, said rentals have been “going from strength to strength in the women’s wear market, and men’s wear is an obvious next step.”

She pointed out that 30 percent of MWHQ’s existing database are men “so we know that the demand is there. Belstaff was our first choice of launch partner, as we wanted to offer something that is very different to the traditional ‘event’ dressing that the men’s rental market is known for.”

MWHQ also noted that in the U.K., the men’s market was worth 15.4 billion pounds in 2019, and there are currently no men’s wear rental offerings other than event wear.

In a separate interview, MWHQ’s cofounder and CEO Sacha Newell said she’s expecting men to embrace the idea of renting, because they’re used to shared ownership in other market sectors, such as classic cars and private jets. Men, she believes, will also be eager to monetize their existing wardrobes, and refresh them, too.

She said the plan is to sign on more men’s wear brands going forward, and the goal of the upcoming panel discussion is to show how clothing rental is relevant to people’s lifestyles today.

Shepherdson said that MWHQ wanted to work with Belstaff in particular because “it is synonymous with long-lasting quality and expert craftsmanship.”

Belstaff’s waxed cotton is both wind- and water-resistant, and produced sustainably by the British Millerain, a mill operating in the north of England since the late 19th century.

The Belstaff items landing on the site include the waxed cotton Trialmaster, a four-pocket field jacket that was quickly adopted by the moto community when it launched in 1948, and other waxed cotton styles such as the shorter Racemaster, and the Kelland.

Leather field jackets will also be on offer, as will women’s wear pieces, including a Trialmaster and the Marianne, a classic biker style leather.