Construction of several huge new malls is on target, and several major retail stores that are there are rapidly expanding. 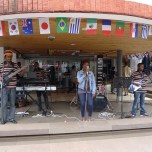 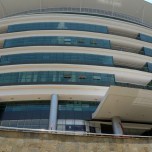 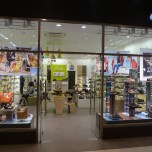 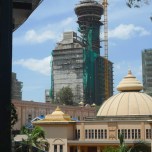 NAIROBI — There are bombs exploding periodically all over Kenya’s capital city, as well as in the provinces, but people keep coming here from all over the world, although in much smaller numbers than before.

Nairobi is still the most important city in East Africa, but with a very small number of services to match its standing. This includes luxury retail — although the situation is changing rapidly. Construction of several huge new malls is on target, and several major retail stores that are there are rapidly expanding.

The Westgate, until 2013 the capital’s most lavish mall, is again ready to reopen its doors, most likely early next year. The mall was the scene in September 2013 of a bloody attack by the Somali-based fundamentalist group al-Shabaab. A standoff took several days, and at least 67 people were killed. The mall was severely damaged during the attack but now, even as it is being repaired, several advertisement panels cover the Westgate, trumpeting its return.

Murtaza Noorani, director of the luxury multibrand boutique Italian Designer Wear, thinks that the Westgate will make a comeback soon, in full force. “At first, when they reopen, many customers will be reluctant to return, at least in the first few weeks, remembering that terrible tragedy. It is really so hard to forget.…But they will return, eventually. I have no doubts about it,” he said.

Italian Designer Wear, which carries brands like Mario Barutti, Pierre Cardin, Gianfranco Ferré and Azzaro, is located on the second floor of The Oval, a new office building-luxury store. The building is truly oval-shaped, with several floors finished with glass and steel.

Nor is it only European design that is on offer at The Oval. One of the first designer stores that opened its doors belongs to a well-established Rwandan brand Mille Collines (or “Thousand Hills,” which is actually a nickname for Rwanda itself). A salesperson at the store explained the concept of the building: “The Oval is becoming a self-contained place, complete with thorough security. Inside will be offices, cafés and luxury boutiques, of which ours is one of the very first ones. Retail stores are designed to cater to lawyers and bankers — people that will be working in this tower. Everything here will be ‘the upper end.’”

Work is accelerating on the Two Rivers mall at the border of two high-end neighborhoods that are home to diplomats and staff of the United Nations: Runda and Gigiri. Two Rivers will have a section dedicated exclusively to international luxury brands, the first such concentration of luxury retail in East Africa.

Garden City is another mammoth mall project, this one along Thika Road, which is supposed to open its doors soon.

But where does this appetite for new stores and luxury malls come from in a city that is facing so many serious challenges?

Hooman Ehsani, director of new developments at Greenhills Investment, which is in charge of what is so far the most important mall and lifestyle center in Kenya, The Village Market, and the neighboring luxury Tribe Hotel, said, “I think there is a combination of factors that have led to the recent growth in retail investments in Nairobi. Yes, Westgate and the ensuing bomb attacks last year certainly had an impact on foot traffic, which is understandable. But the underlying confidence in the market still exists. Kenyans are social people and malls allow a venue for families and friends to meet, as few other public options are available or considered safe.

“Another factor is purely geographical as the demographics of the city and increased traffic make it less and less feasible for shoppers to drive to a single commercial area like Westlands. The new malls are all coming up in suburbs of the city. There has been a significant shortage of quality retail space in the city and an overdemand from retailers, leading to long wait lists at the major malls.”

Is there really a future for so many new retail outlets in the capital?

“I feel the future of retail in Nairobi will be very exciting as Kenya moves into a middle-income economy,” said Ehsani. “Kenyans are becoming increasingly more sophisticated and exposed to modern trends and this drives a need for change. We’ve seen an increasing willingness by management and individual boutiques at The Village Market to invest in upgrading their look and feel, including the new Nakumatt Holdings, which opened its first upmarket department store concept at The Village Market. The response has been very strong and is drawing new customers who rarely frequented the center.

“Kenya is now appealing for some of the international brands who feel they can find scale with the upcoming retail options,” he added. “We are in discussions with several large international fashion brands that want to be located at The Village Market as they establish themselves in the region. Our new expansion will include an additional 85 retail outlets, many designed to suit large stand-alone international brands with prestigious frontage. I look forward to 2016. It will be an exciting and ‘fresh’ time for the city as shoppers will have many more choices and retail will become more ‘commercial,’ with coordinated promotions, better services and a wider range of products, which will ultimately fuel a stronger retail sector.

“We’ve had quite a few conversations with brands like Guess, Diesel and Levi’s that have some representation in the market, but who are looking to put up more of a ‘flagship’ type of store, as well as Boss Orange. Since we’re 15 months from handing over the new retail section, we’re now ramping up our efforts to attract international brands. There is enough interest from local retailers to fill the section, but we really want to get names like Gap, Zara, Forever 21, etc., to bring in more diversity and a higher level of offering.”

On the other side of the city, at Kilimani Estate, at the discreet but by local standards luxury Yaya Center Mall, managing director Elizabeth Klem is equally optimistic. “The middle-class here in Nairobi is forever growing. Sometimes the trend slows down, sometimes it accelerates, but the growth never stops,” she said. “And where there is growth, there is the need for new retail spaces and malls. With the terrorist attacks taking place with great frequency, people are scared. They are timing their visits to the stores. People come shopping at odd hours, leaving children at home. But Nairobians are very resilient people and things are always bouncing back.”

The question is whether smaller malls like Yaya Center will be able to compete with the new giants opening their doors over the next year-and-a-half. Yaya stands out because it contains the South African store Woolworths as well as the Red Dot luxury store. It caters to an upmarket, educated crowd with arguably the best bookstore in East Africa, an art gallery and several craft shops.

Klem is confident. “Here at Yaya, we are serving the radius of 3.5 miles, and we are catering to ‘through traffic,’ people who are commuting from the center to luxury Western suburbs. Yaya’s niche is that we are small and personalized. This is a great place to shop for professionals. Red Dot is expanding, and we are planning to accommodate two stand-alone luxury brands here soon: Gerry Weber from Germany, and also Basler.

“Look, honestly, it will be a bumpy ride.…But it has always been a bumpy ride here in Kenya,” she said. “After 2007 [the post-election tribal violence in which hundreds of people died] we thought that Kenya would burn.…But it bounced back. It is still here.”

Despite huge problems, the city is growing. Many citizens are optimistic and some have begun to earn incomes high enough to be able to afford to follow the latest fashion trends actively. There are also thousands of well-paid expatriates and East Africans from countries that have almost no high-end retail who visit Nairobi to shop.

Coming from Japan, Yayoi Segi, regional education specialist working for the United Nations Education Science and Culture Organization in Nairobi, is looking forward to the trends in the luxury retail scene.

“When I arrived six years ago, the retail scene in Nairobi left much to be desired, with a limited number of quality shops. Now, I believe, it is improving a lot, with at least two huge malls in development. There must be a lot of demand since the demise of Westgate Mall in 2013.”