Design director has a distinctly high-fashion background, and his work with the retailer marks his first foray into the world of mass-market retailing. 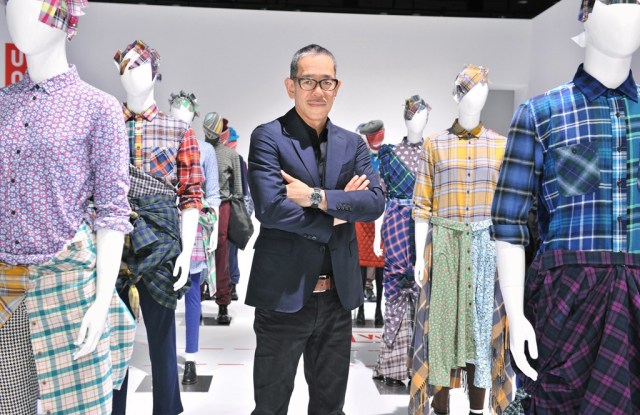 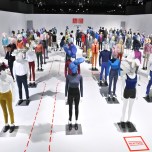 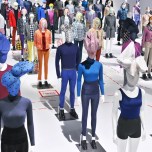 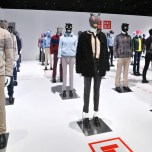 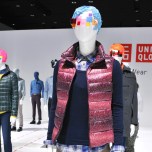 TOKYO — Naoki Takizawa, who spent 24 years working at Issey Miyake before launching his own line, came to a realization about two years ago during a conversation with Fast Retailing chairman, president and chief executive officer Tadashi Yanai.

“Mr. Yanai said, ‘Naoki, I don’t like designers like you. Because, you know, I believe that you have a great sense as a designer, or you have good skills to make clothes. But you always segment the customers. Why don’t you use your design for more people around the world?’” Takizawa said, adding that while he was always proud of his creations for the high-end lines he designed, he did sometimes struggle with the fact that their prices meant that only a privileged few could wear them.

Takizawa said that he thought if he were able to make quality clothing at a price that was accessible to everyone, “it could be wonderful, for them, and also for me.”

Uniqlo has made a name for itself for its functional basics in high-tech materials — its Heattech line of thermal innerwear is just one example. But the brand seems to be ramping up its fashion quotient under the direction of Takizawa, who was named design director in 2011.

“Of course, Uniqlo is using functional fabrics, and also more practical and simple design. But if we try to describe just the function, it never reaches the people,” the 53-year-old designer said. “Fashion can communicate with people easily because people already feel the mood of the trend. Not exactly the trends, but we always catch the mood — it’s [in the] air.”

Takizawa has a distinctly high-fashion background, and his work with Uniqlo marks his first foray into the world of mass-market retailing. Upon graduating from Kuwasawa Design School, located in his native Tokyo’s fashion-centric Shibuya district, Takizawa landed a job as Miyake’s personal assistant. He worked his way up through the company’s ranks, first overseeing the now-defunct Plantation line and then moving to the design team of Miyake’s main women’s collection. In 1993, his mentor gave him full responsibility for his men’s line, renaming it Issey Miyake Men by Naoki Takizawa.

“My name was put under Issey’s name. It was a big pressure for me, because Issey is a great designer. He made history. And you know, he really tried to make very new things, so already people respect him a lot. So how can I continue his level of design? So, I cannot remember the first show. I don’t want to remember that,” Takizawa said.

When Miyake retired from his Paris women’s shows in 1999, he handpicked his former assistant as his successor, giving him responsibility for both his men’s and women’s collections.

Eight years later, Takizawa set out on his own, showing his line, which has now been discontinued, during New York Fashion Week. In 2010, he took a job designing the Helmut Lang label’s men’s collections. Helmut Lang is part of Link Theory Japan, a Fast Retailing subsidiary, so the job put him in direct contact with Yanai.

Takizawa said the two men hit it off from the start, and when the business decision was made to discontinue the Helmut Lang men’s line with the fall 2011 collection, Yanai asked Takizawa to head up the Uniqlo Innovation Project, which focused on using cutting-edge materials to produce highly functional clothing.

“At [my] first meeting with Mr. Yanai, he said, ‘Naoki, Japan, has very good fabrics with functions. And also Japanese people have ideas, very unique ideas. We don’t have enough history — only 50 years’ history of wearing [western] clothes. So sometimes we can create our own vision, our own needs for clothes,’” Takizawa recalled. “So I think in that sense we’re unique in the world. Functional fabrics and the unique point of view together [help us] make new items, like Heattech or Ultra Light Down or fleece. So this was a very interesting project.”

Yanai promoted Takizawa to oversee Uniqlo’s entire product lineup less than a year later. Prior to that, a team of designers was responsible for the brand’s creative direction.

At the exhibition for Uniqlo’s fall lines, Takizawa’s more fashion-forward sense of design was evident in color-blocked cashmere sweaters, down jackets and vests adorned with photo prints, silk shirtdresses and denim shirts bearing tiny floral motifs. The designer, looking sophisticated and intellectual in a dark jacket, polo and jeans, chatted easily with acquaintances and members of the press.

But while he may be lending some of the same personality to the Uniqlo collections that was present in his earlier designs, he explained that the design process at Uniqlo is different from that to which he had previously been accustomed in the world of high fashion.

“Of course we are inspired by the mood of trends, [but] mainly I think the inspiration comes from research,” he said. “You know, I travel to China and Paris and I touch many fabrics, and then research what is new for the next season. Today already exists. We have to guess what is next.

“Normally inspiration; we have to find it in some kind of element around the world. Some exhibition, or art pieces, or travel to a small island and get inspired by the island. Normally the fashion process is like that. But Uniqlo is different.”

As the retailer continues its global expansion, perhaps Takizawa’s influence will help its reputation evolve into more than just a producer of reasonably priced, high-quality basics.

“Uniqlo is not fashion, this is lifewear, but to make communication, maybe we can take the way from fashion, and at the same time, we can show what the important fundamental value is of each product,” the designer said.