Geoffroy van Raemdonck has remade the management teams at Neiman's and Bergdorf's.

The new Neiman Marcus at Hudson Yards in New York.

Lana Todorovich, president of North American wholesaling at Ralph Lauren, has made the leap to Neiman Marcus to become president and chief merchandising officer.

Todorovich, a highly respected fashion executive, succeeds Jim Gold, the Neiman’s veteran who left the luxury department store last March. She will report to Geoffroy van Raemdonck, chief executive officer of the Neiman Marcus Group, and will be responsible for the Neiman Marcus division. She will be instrumental working with van Raemdonck on NMG’s  strategy to transform the business into a customer-centric luxury platform with new kinds of experiences and offerings while maintaining the luxury DNA.

Todorovich has served in Lauren’s wholesale role for about two and a half years, and was responsible for Ralph Lauren Collection, Purple Label, Polo Men’s, Polo Women’s, Ralph Lauren Kids, footwear, accessories, home, Lauren rtw and dresses. Before that, she was president of Ralph Lauren Women’s and Chaps.

Earlier in her career, Todorovich was president of the women’s apparel group at Global Brands Group, a member of the Fung Group. Before that, she worked at Warnaco, Gottex and Jones New York and was once president of Perry Ellis International. 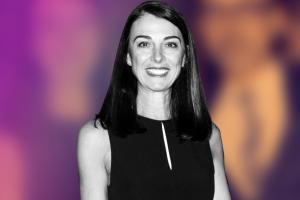 “It feels very natural that Lana is here,” van Raemdonck told WWD, adding that her start date was Tuesday and that she’ll be attending the upcoming fashion weeks. “She’s starting full speed ahead. Lana’s depth of experience will help elevate the Neiman Marcus brand for customers, brand partners and our associates.”

Van Raemdonck characterized Todorovich as a “multi-dimensional executive, focused on the customer and well versed with experience beyond merchandising.” Van Raemdonck knows Todorovich from his own experience at Ralph Lauren, where he last served as group president for Europe, Middle East and Africa from 2014 through 2017. “We worked in different geographies but I was always so impressed with her level of energy and integrity and the respect she commanded.”

Asked how her role might be different from her predecessor’s at Neiman’s, van Raemdonck commented, “I think it’s going to evolve. Lana is really responsible for creating the magic at Neiman’s for our customers, building an assortment, brand partnerships and exclusives. The role will expand.”

Asked if she might reshape the merchant team at Neiman’s, van Raemdonck replied, “It’s too early to say. As we evolve the luxury customer platform, you have to re-look at the organization.” The ceo added that Neiman’s already has a talented team in place, though there could be organizational changes as needs and the platform evolve.

Since joining NMG in February 2018, van Raemdonck has been remaking the management team and recruiting talent from both within and outside of the retail-fashion industry. He’s currently searching for a chief digital officer since the departure of Carrie Tharp to Google earlier in the summer, and a chief financial officer following the more recent departure of Adam Orvos.

Said Todorovich: “What an exciting time to join this talented leadership team and be part of a transformation that will make us more relevant to our customers, deliver more value to our partners and provide wonderful growth opportunities for our associates.”

In an earlier interview with WWD, van Raemdonck called fiscal 2019 a year of investment, to draw talent and spend on technology to become “data-driven.” The company also this year took a minority stake in Fashionphile, which specializes in the buying and selling of used luxury handbags, jewelry and accessories; opened Neiman’s first New York City store in March at Hudson Yards, and added digital stylists for greater service and a human touch to online shopping.

Neiman’s recently extended its large debt maturities three and four years into the future through an agreement with creditors, giving the retailer breathing room to sustain operations, and hopefully enhance its business and eventually pay off the debt.

With the Mytheresa luxury web site, the company is researching strategic opportunities. Possibilities might include a public offering, or some other kind of sale, or swapping more debt for equity building upon what occurred in the new agreement with creditors.

Neiman Marcus is part of the Neiman Marcus Group, which includes the Neiman’s and Bergdorf’s divisions, Neiman Marcus Last Call, Horchow and Mytheresa. NMG is owned by the Los Angeles-based Ares Management and the Toronto-based Canada Pension Plan Investment Board. 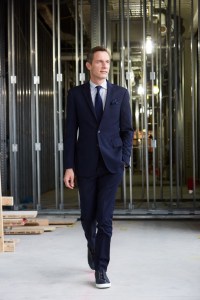