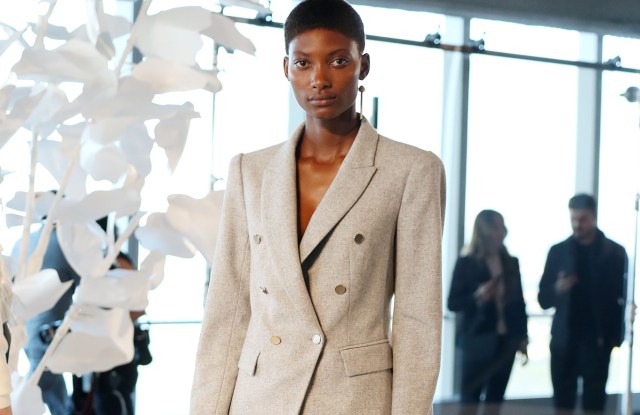 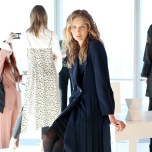 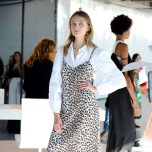 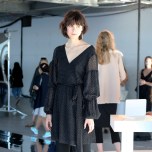 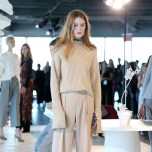 It’s rare when retailers work together. Yet in an unusual partnership, Neiman Marcus has begun offering Club Monaco fall 2017 merchandise on its web site, and the selling started right off the runway.

Club Monaco held its fall 2017 show Friday morning on the 71st floor of Four World Trade Center in lower Manhattan, and Neiman’s enabled customers to purchase merchandise straight from the show in real time, taking what’s generally referred to as a “see-now-buy-now” approach. Rather than a traditional runway show, Club Monaco played it cool by having the models milling about on three platforms overlooking a spectacular panoramic view of the city.

Neiman’s posted 22 Club Monaco styles on its web site, including five that were featured in the fall presentation. Two more deliveries, in October and November, will be available on the Neiman’s site.

“This is not a capsule collection. Club Monaco is a new vendor that we have bought into,” said a Neiman’s spokeswoman.

It’s to be determined whether Neiman’s buys more heavily into the Club Monaco brand, which is a division of the Ralph Lauren Corp.

It’s rare for a retailer to sell another retailer’s products, but the new Neiman’s-Club Monaco arrangement does recall the Nordstrom-J. Crew Group arrangement whereby JCG wholesales its J. Crew and Madewell brand to Nordstrom stores and nordstrom.com. It’s also reminiscent of Hudson’s Bay Co.’s partnership with Topshop whereby the Hudson Bay department stores have installed Topshop and Topman shops inside its stores. In addition, Macy’s has a history of selling its private brands to non-competing retailers.