The company is exploring all options in an attempt to sustain operations and financial health.

The Neiman Marcus Group, impacted by its heavy debt load and the coronavirus pandemic, is “evaluating all courses of action” to preserve its financial health, including a possible bankruptcy.

Neiman Marcus Group is owned by Ares Management LLC and the Canada Pension Plan Investment Board, which together bought the business for $6 billion in 2013, bringing long-term debt up to $4.46 billion.

NMG has been paying around $300 million in annual interest expense, dragging down the profitability and resulting in losses. The luxury retailer generates $5 billion in annual volume through its 43 Neiman’s stores, two Bergdorf’s stores, neimanmarcus.com, bergdorfgoodman.com, the Mytheresa luxury web site, the Horchow direct-to-consumer business and Last Call outlets.

“Most businesses today are facing some degree of disruption from the unprecedented global economic environment resulting from the COVID-19 pandemic. We are evaluating all courses of action to preserve our financial strength so that we may continue serving our customers and associates, and being a great partner to luxury brands globally,” a NMG spokeswoman said Tuesday morning.

“Our priority has been and will always be to ensure stability for our associates and brand partners.”

The spokeswoman would not comment specifically on a possible bankruptcy.

Before the coronavirus outbreak, there was speculation that Neiman’s could be a bankruptcy candidate. The retailer did show some improved selling trends last year but then decided to discontinue publicly reporting its quarterly results. Bloomberg first reported Monday evening that Neiman’s is considering a possible bankruptcy but that no decision has been made. 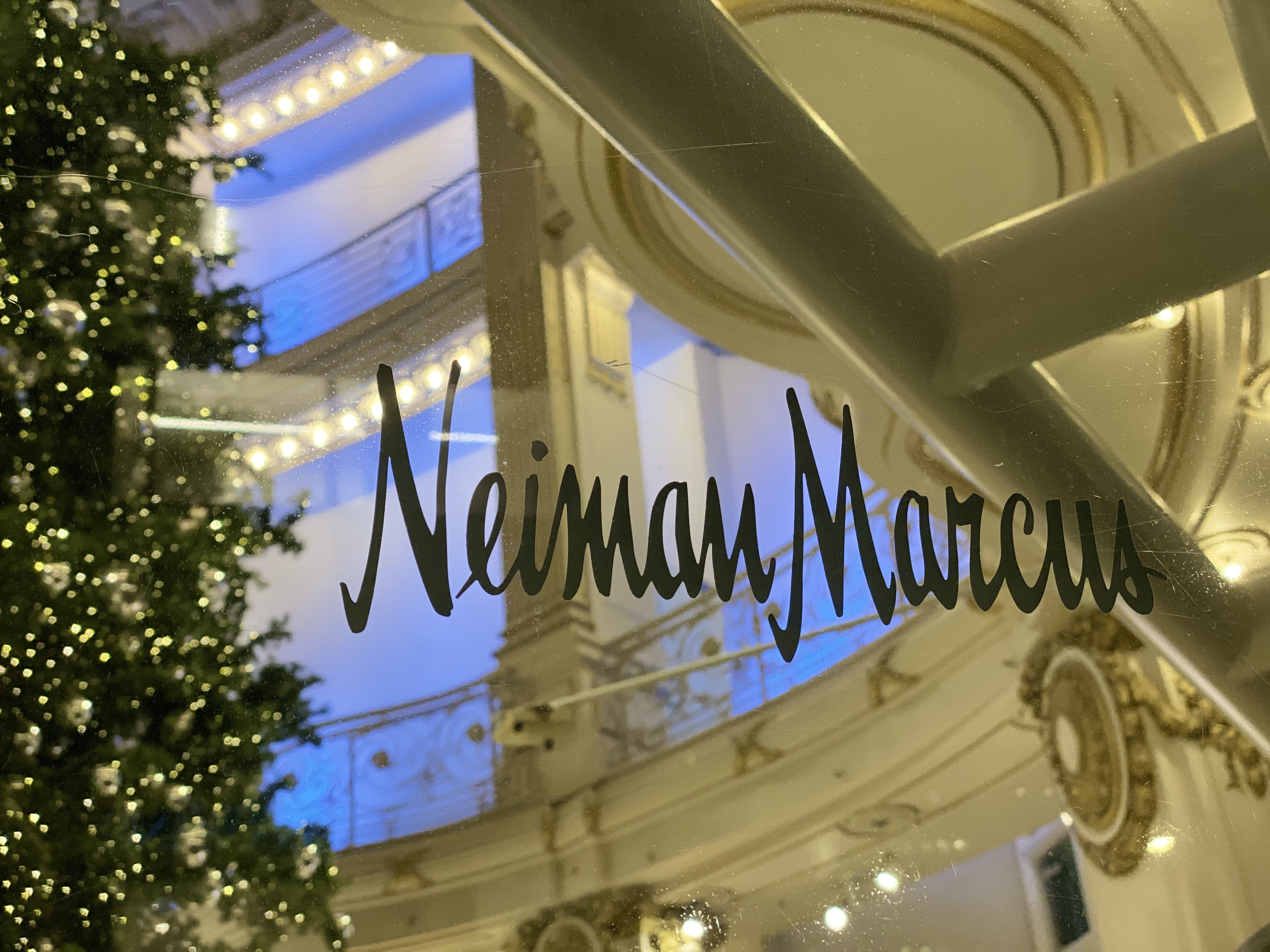 A Neiman’s bankruptcy would be an opportune time for Hudson’s Bay Co. — operator of Saks Fifth Avenue, Saks Off 5th and Hudson’s Bay — to pursue a takeover. It’s no secret that Richard Baker, executive chairman and chief executive officer of HBC, has long been interested in combining Saks and Neiman’s to create a dominant North American luxury retailer. A bankruptcy would bring the price on Neiman’s down, though retail sources question whether Baker could raise the money required to buy NMG, considering HBC has its own operating difficulties and has been losing money, and much was spent to take the company private this month at 11 Canadian dollars a share. Baker has a track record for devising innovative financial deals and partnerships.

There’s no certainty that NMG will go bankrupt. In the event of a bankruptcy, its owners, Ares and CPPIB, would wipe out their investment in the business for pennies on the dollar.

Also, lenders are likely to be more forgiving considering the challenges created by the pandemic, and allow for more time to pay off debt and see if Neiman’s, post-pandemic, can improve business performance.

The impact of the pandemic on business is often compared to the Great Recession. During those years, NMG saw its volume sink by about one third. As the stock market goes, so goes the spending at Neiman’s, Bergdorf’s and other luxury retailers. Affluent consumers do curtail their high-end shopping when Wall Street tanks.

NMG, led by ceo Geoffroy van Raemdonck, is in the midst of a four-year “transformation” plan involving creating a “luxury customer platform” involving becoming more “seamlessly” multichannel, delivering new kinds of experiences and products — fashion and nonfashion — no longer being considered primarily a department store business, sharpening the focus on full-price selling, personalization and strengthening customer relationships. The plan also targets those spending less than $10,000 annually at its stores and web sites and to win over new customers, while still focused on much bigger spenders. Van Raemdonck launched the transformation plan in August 2018.

The company is also streamlining, and closing most of its 22 Last Call clearance outlets. The retailer earlier this month said it would be letting go of about 500 Last Call workers, and another 250 associates or so at Neiman’s department stores, mostly non-selling, though it also said some new roles would be created for team and client development. NMG has 13,700 corporate and store associates.

In addition, NMG has set up a process to sell two distribution centers, in Longview and Las Colinas, Tex. The potential proceeds, van Raemdonck said, will be used to strengthen the supply chain with new technology and equipment resulting in an average four- to five-day speed-to-market improvement. The Dallas-based NMG also has distribution centers in Pittston, Pa.; Whittier, Calif., and a third in Pinnacle Park in the Dallas area.

Neiman’s isn’t the only retailer to streamline. Earlier this year, Macy’s Inc. said it would close 125 stores over three years and consolidate corporate offices, and HBC, sources said, is expected to make some cutbacks soon.

NMG has also been exploring strategic alternatives for its Mytheresa luxury web site, including selling it.

NMG has implemented several measures to protect its workforce, customers and the business itself from the pandemic. The company has temporarily closed all stores, told associates to work from home, and is encouraging associates to contact their senators and urge them to support the retail industry during the COVID-19 crisis.

Other retailers selling nonessentials, particularly those with huge debt loads or those catering to middle or lower income groups which would be more financially impacted by the pandemic than upscale consumers, could also be pushed into bankruptcy.