NMG cites its acquisition of Stylyze Inc. personalization platform as an indication that it's rebounding and in a position to invest in further technology capabilities.

The Neiman Marcus Group has purchased Stylyze Inc., a machine learning SaaS platform for advancing personalization, underscoring the luxury retailer’s eagerness to invest in technology to enhance digital capabilities and engagements between selling associates and shoppers, and boost sales.

NMG executives said Stylyze marks its first technology acquisition and that the company intends to spend more than $500 million over the next three years in technology and digital capabilities. The company said it’s partnering with more than 25 “key” technologies such as search and browse, product recommendations, financing, order tracking and returns, promotions, loyalty and ratings and reviews. The purchase price on Stylyze was not disclosed.

Meanwhile, the Dallas-based NMG on Tuesday selectively disclosed some fiscal third-quarter results, which taken together with the Stylyze acquisition reflect renewed financial stability in the company, according to Neiman’s executives. They see demand for luxury goods on the rise so far this year. 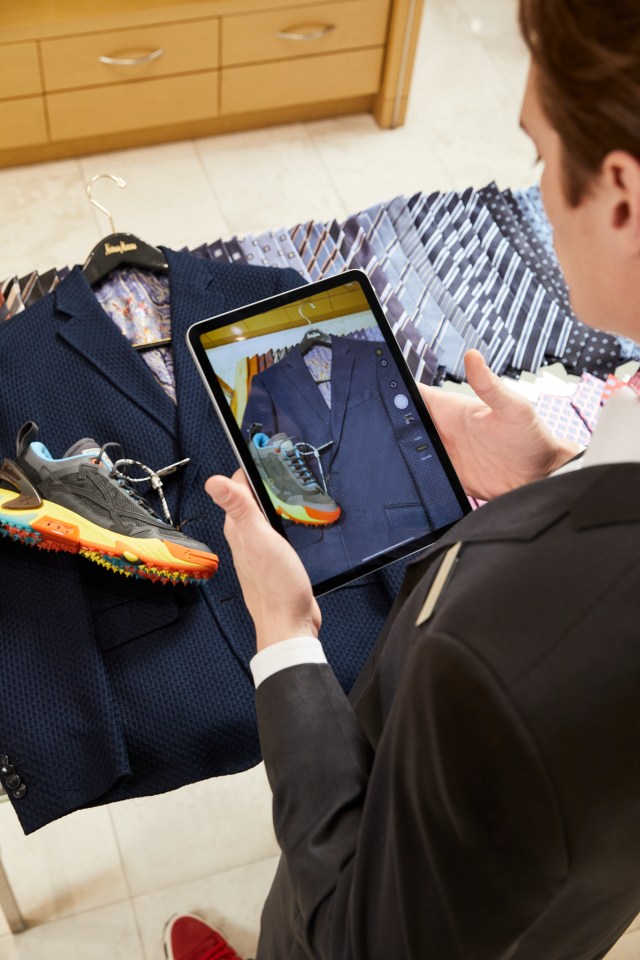 NMG emerged from bankruptcy on Sept. 25, 2020, with its senior lenders — Pacific Investment Management Company LLC, called PIMCO, Davidson Kempner Capital Management LP and Sixth Street Partners LLC — swapping debt for equity and becoming the new owners. The reorganization plan eliminated $4.4 billion of debt and about $200 million to $300 million in annual interest payments. There’s now $1.1 billion in debt on the books, compared to $5.1 billion previously, and annual interest expense of around $80 million. The new capital structure is enabling investments in technology and other areas such as upgrading stores. NMG said developers are contributing $100 million for renovations at eight or so stores.

“Over the past year, we’ve been strengthening the foundation of our business. We knew the rebound was coming, and we’ve been experiencing the return of luxury as it accelerates,” said Geoffroy van Raemdonck, NMG’s chief executive officer.

The Stylyze acquisition, van Raemdonck said, “allows us to deepen our relationship with our customers through the use of technology. NMG is perfectly positioned to capture the growing interest of luxury customers as we develop essential digital capabilities that ensure we drive profitable and sustainable growth.” Stylyze, he added, “is a keystone in our commitment to be a leader in digital and personalization technology in luxury retail.”

“This is one of many examples of how we are building our digital ecosystem that will enable differentiated ‘only at NMG’ luxury experiences for customers,” added Bob Kupbens, NMG’s executive vice president, chief product and technology officer. “Customers today are looking for seamless and unique experiences that improve their shopping journey when it comes to discovering and engaging with fashion.”

Kristen Miller, CEO and cofounder of Stylyze, said, “Our company and team have been working with NMG for over three years, and we are ready to rapidly power, accelerate and elevate unique and distinct digitally enabled service models.”

The Dallas-based luxury omnichannel business has been dogged by speculation of declining support by certain vendors and being outperformed by competitors. But according to Neiman’s executives, the sales numbers indicate a rebound in the company’s performance and “significant” sequential improvement from the second quarter. Van Raemdonck told WWD that NMG’s top 20 luxury brands were up about 35 percent in the fiscal third quarter compared to the pre-COVID-19 period.

Neiman’s did not characterize last February’s comparable sales, though it was an extremely difficult month for business largely due to the severe snowstorm that pounded Texas.

“We saw real strength in men’s, shoes and handbags,” van Raemdonck said. “All were up double digits. In some geographic areas, mostly in the West Coast and New York where there have been more restrictions, we have not recovered as quickly. Mostly women’s apparel and formal have not recovered. But we have significant growth ahead of us when all geographic areas are open.”

He also said inventory in the fiscal third quarter was purposefully reduced “double digits” and relatively flat to two years ago, leading to increases in full-price selling. Gross margins were up significantly, the CEO added, without specifying.

Adjusted earnings before interest, taxes, depreciation and amortization came to $116.2 million in Neiman’s fiscal third quarter. Neiman’s considers adjusted EBITDA the most valid indicator of the health of the company’s operations. Adjusted EBITDA figures for the third quarter of fiscal 2020 was a loss of $49 million and for the third quarter of 2019 was $126.5 million. Bottom line net profit figures were not provided. A more detailed financial picture was disclosed privately to investors and lenders on Tuesday in a business update and conference call.

NMG currently has available liquidity of more than $850 million versus $132 million a year ago and has no borrowings outstanding on a $900 million revolver. The new liquidity “gives the company the capability to remain flexible and agile during this time and strategically invest in the business,” van Raemdonck said.

NMG began its partnership with Stylyze in 2018 and in 2020 integrated it into NMG’s Connect clienteling tool used by NMG’s 3,000 plus sales associates to access greater information and photos to provide more personalized service and make more informed fashion recommendations to customers to lift sales. The Stylyze platform provides product attribution data and curated content.

Buying the Stylyze business keeps the technology out of the reach of competitors. “This technology has a lot of applications. That’s why we wanted to buy it,” said van Raemdonck, stressing that Stylyze furthers the company’s efforts to “capitalize on our momentum and reimagine how we look at omnichannel.…We’re focused on creating an integrated luxury retail experience,” across stores, e-commerce and remote selling like NMG’s Connect clienteling tool.

NMG plans to take Stylyze’s technology to another level and explore integrating its functionality into additional digital tools, including e-commerce, mobile apps, messaging channels like text message, chat and phone calls, or in other words, enable Stylyze to provide personalized fashion recommendations and photos direct to shoppers.

NMG has already implemented technology and digital solutions from more than 25 companies to elevate the customer experience.

“When you think about data and technology, Stylyze allows us to scale engagement with customers. Stylyze has a platform of machine learning that takes data from customers, what they’ve bought and what [merchandise] we own, and matches the two. Stylyze shows sales associates on their Connect app, a look — perhaps two handbags, a pair of shoes and a dress, or maybe six pairs of shoes. It pulls the photos and knows Mrs. Smith doesn’t like red. So red gets removed from the look. It’s very user-friendly. It literally goes into our inventory and pulls photos of products to create a look. It’s very visual.” With Stylyze, sales associates make better informed recommendations, van Raemdonck said. “They use their own judgment on top of that.”

With the integration of Stylyze into the NMG’s Connect tool, which was rolled out in 2020 at the beginning of the pandemic, “No one has 3,000 sales associates who can engage with customers the way we do,” van Raemdonck said. “We want to make sure whenever we use technology we have something others can’t replicate, and increase the applications of it.”