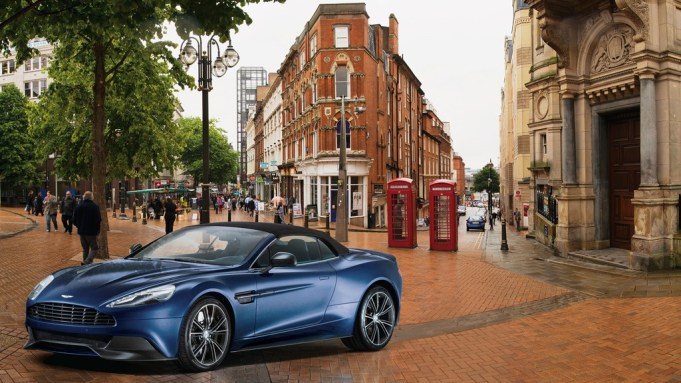 DALLAS — Neiman Marcus has realigned the bulk of its annual multimillion-dollar fund for charity into a new namesake nonprofit that supports arts education for youth.

The announcement came at the launch of the 87th annual Christmas Book, which heralds the Heart of Neiman Marcus Foundation by apportioning a percentage of sales of eight marquee fantasy gifts to the charity.

A bigger push is planned for Nov. 20, when all 41 Neiman’s stores will open pop-up shops of 37 holiday gifts, with 10 percent of sales supporting select local groups that provide arts education to kids. The store in Honolulu, for instance, will send revenue to the Honolulu Museum of Art School, while the Neiman’s in Woodland Hills, Calif., will aid a program that brings teens to New West Symphony concerts.

“Exposure to the arts is a luxury that often requires specific access to enjoy,” Reeder said. “Yet we know that engagement with the arts, especially for youth, can impact educational performance and creativity while paying dividends in community health. The need is great and spans many communities, and Neiman Marcus’ national presence has us well poised for impact.”

“If you think about it, any of the hot designers we carry now learned about the arts in public school or in their local communities,” said John Koryl, president of Neiman Marcus Direct. “We want to make sure we continue to grow the arts.”

This is the first change to Neiman’s charitable strategy since 1907, Reeder noted.

“Every market and every store has its own charitable giving budget and they do what their customers are interested in, what’s best for their specific community, which is great, but we’ve never had anything to hang it all together,” Reeder explained. “This gives us that, and Neiman Marcus will get some credit for doing something good.”

The stores will still have funds for charity, but they will funnel the majority into local programs for kids’ art education, she noted.

The “Heart of Giving” theme is emphasized in the 176-page Christmas Book, which stacks more luxury fashion and accessories into the front than last year. Overall, nearly 40 percent of the goods are less than $250.

The direct business has been enjoying “very nice gains,” and the Oct. 1 move to permanent free shipping is a plus, Koryl said.

“Free shipping and free returns are exactly what the customer has been asking for, so we expect that to invigorate the business even further,” Koryl said.

Most of the Christmas Book’s hyped fantasy gifts usually don’t sell, with the exception of the annual special edition car that’s typically gone within minutes. This year’s 2014 Aston Martin Vanquish Volante is capped by the maker’s first 100 percent carbon-fiber body. Only 12 of the 565-horsepower autos will be on offer at noon EST Oct. 23 for $344,500.

Other attention getters are a 25-carat rough Forevermark diamond with a trip to its source off the coast of Namibia, a visit to De Beers in London, custom cutting and other perks for $1.85 million. Another pricy piece is a $1.5 million pop-up folding outdoor movie screen measuring 201-inches wide along with 300 movies. Its two iPad remote controls qualify it as this year’s “His & Hers” gift.

The catalogue’s fantasy gifts also include a limited-edition Jeff Koons magenta “Dom Perignon Balloon Venus” for $20,000; a hand-built Wild Child Indian Larry motorcycle for $750,000; an array of falconry accoutrements, such as a portable mew, campaign chairs and a gold-plated perch, for $150,000 (birds not included), and an $11,000 Ciclotte indoor exercise cycle designed in Italy to be worthy of display in a living room.

An overnight stay in Philip Johnson’s famed Glass House in New Canaan, Conn., will set shoppers back $30,000, all of which is allotted to a program that provides children’s tours of the property.

In last year’s Christmas Book, the McLaren 12C Spider sold as quickly as the orders could be taken, and a $30,000 walk-on role in the musical “Annie” was purchased the day the catalogue made its debut, Reeder said.