In a major change at headquarters, the retailer will today reveal it’s merging its store and online merchandising and planning teams into a single organization. 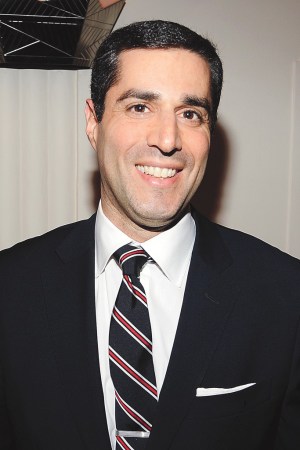 The Neiman Marcus Group is tearing down the silos and getting channel agnostic.

In a major management change at headquarters, the Dallas-based luxury retailer will today reveal it’s merging its store and online merchandising and planning teams into a single organization. Beginning April 14, the blended organization will be run by Jim Gold, who has been named president and chief merchandising officer of the Neiman Marcus brand. Gold has been with Neiman’s since 1991, serving most recently as president of specialty retail for Neiman Marcus Group Ltd. LLC.

Under the new structure, general merchandise managers, divisional merchandise managers and planners will have “omni” responsibilities covering the stores, mail order and e-commerce businesses. However, buyers will continue to be channel specific, with the buying team for stores and another team of buyers for the direct-to-consumer businesses remaining in place.

“We are one brand to our customers. Our customers do not differentiate between channels, and now neither will we,” Karen Katz, president and chief executive officer of the Neiman Marcus Group, said in an interview explaining the rationale for the reorganization. “These changes allow us to operate as one single Neiman Marcus brand, and to make sure we anticipate all of our customers’ needs. Her shopping journey has changed dramatically.”

With Gold’s shift, John Koryl has been named president of Neiman Marcus stores and online. Koryl will be responsible for the store operations and sales, Neiman’s e-commerce operations and sales in the U.S. and abroad, site merchandising, site optimization and customer care. Neiman’s executives said that Koryl will be leading efforts to ensure the customer experience is consistent from channel to channel, or “seamless.” Koryl joined the company in 2011 and has been serving as president of Neiman Marcus Online, which last year exceeded $1 billion in sales.

Neiman’s officials were effusive about the reorganization. Katz called it “a very complex change,” for several reasons. “It starts with the physical locations — Neiman Marcus online and Neiman Marcus stores merchandising organizations are in two separate locations. We have to bring them together” to one downtown Dallas facility, she said.

Katz said the company is shooting to make the inventory the same online and in stores, at a much higher percentage than it is today, though it won’t ever be 100 percent the same, she predicted. With home furnishings, for example, “We have a big business online. Those kinds of categories we don’t have space for in the stores.”

On the technology front, NMG has started installing NMG One, a new merchandising system enabling the locating and sharing of inventory across channels to improve turn and better meet customer demand. It’s a three- to four-year process to implement the system, with size optimization one of the first pieces to get installed. Creating a shared inventory system is critical to becoming an omnichannel retailer.

“In terms of our time frame, it works out perfectly. We are getting the merchandise organization to come together as one brand. The whole team will be working on NMG One as it gets rolled out over the next few years,” Katz said.

Among other omni initiatives, Neiman’s has been testing ship-to-store in a few locations, which the ceo said has yielded “great results” and has led to incremental spending by customers picking up their online orders in the stores and then shopping more. “After the new year, we’ll roll it out to all 41 [full-line] stores,” Katz said.

In addition, all 4,500 sales associates have iPhones to locate products and help customers shop; iPads are being distributed to some departments and are currently most prevalent in shoes and handbags, and a Neiman Marcus app was launched a few weeks ago. Also, the company allows customers to return items by mail or by dropping them off at a store, and Neiman’s last year began offering free shipping.

Neiman’s was an early adopter of e-commerce, becoming the first major luxury retailer to launch it in 1999. Originally, the store merchants did the buying for the Internet. However, “for the last decade, the merchants that buy for the stores have not been responsible for either the catalogues or, more importantly, the e-commerce site,” Gold said. “So now here we are in 2014 and the world has completely changed in terms of how our customers shop, the scale of our e-commerce business and the way our customers are moving between the stores and the Web site. They [browse] at home online and come into the stores to look at merchandise. Maybe they buy in the store, maybe they go home and consummate the transaction on the Web site. Sometimes they start in the stores looking at merchandise, look at it again online and use the Web site for research, for ideas, for convenience.”

Customers, Gold said, want access to “our entire network of inventory wherever it resides, in stores or a warehouse, and want to be able to return it however it suits them. The way our customer shops today, largely because of the advent of mobile devices, smartphones, iPhones and, even more importantly, tablets, they want to be able to experience our brand in a very seamless manner.”

Before, “whenever you wanted to do something, from an operational or buying or marketing standpoint, when you have totally different teams it became very complicated,” Gold added. “We have been very busy redesigning teams of people so we are reorganizing functions so we can better service our clients, so instead of having two separate merchandising teams, we are going to have an integrated merchandising team.” Three years ago, the separate marketing teams for stores and direct were integrated into one.

Gold also discussed the significance of Koryl’s new job. “In the way we want to think about seamless 360-degree merchandising, we want to do the same from a sales and service standpoint. We want our selling organization to think about how they service the customer between the store inventory and online inventory. We want to break down those barriers as well. John is going to lead the effort. John will have more of the technical aspects of e-commerce and will have the sales and operational aspects of the stores.”

“Nothing was broken,” Koryl said. “We are trying to get rid of the internal channel differences and get focused on the customer. The true goal is to have a memorable, consistent and seamless experience,” extending from the marketing and the merchandising to the promotional cadence and the information provided consumers as they research what they want to buy, Koryl said.

According to the Neiman’s executives, their best customers are those who shop multiple channels. They said that the reorganization will not result in any job losses, and that Bergdorf Goodman is unaffected, except that Joshua Schulman, president of Bergdorf’s, will now report to Katz, instead of to Gold.

The reorganization comes amid reports that NMG is in talks with Hudson Yards, a huge project being developed on Manhattan’s West Side, to open a Neiman’s store on the site. Neiman’s executives would not comment on the possibility, first reported by the New York Post. Retail sources said it would be risky for Neiman’s to locate on the West Side considering the area is barren of retailing and would take years to gel into an area drawing affluent shoppers, if ever. There are also complications that relate to NMG’s Bergdorf Goodman division on Fifth Avenue, which pays rent to the Goodman family, the landlord. Decades ago, when the Goodman family sold BG to Neiman’s, a confidential agreement to not open a Neiman’s in Manhattan was established, sources said. It could not be learned whether the agreement is still valid or if the Goodmans would have to be further compensated if Neiman’s opened in Manhattan, potentially cannibalizing BG.