The retailer has aimed for a lux look with its makeover. 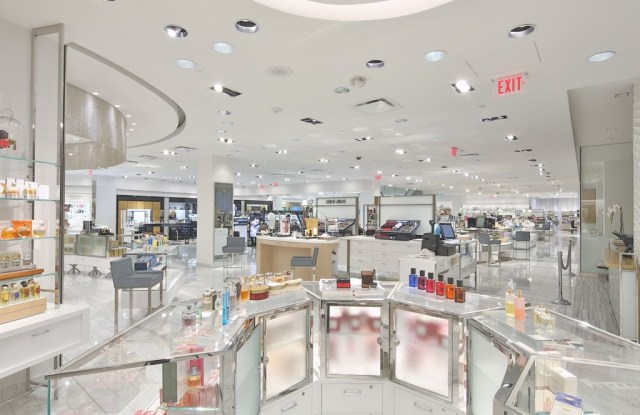 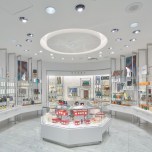 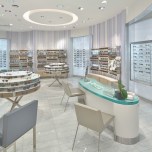 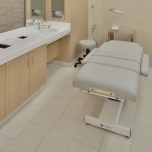 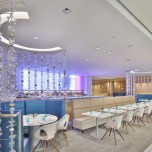 “This is clearly one of our most important markets and most important stores so at the end of the day we need to keep the store looking the way our customers expect. It started with Cusp last year and now we’ve redone the plaza level,” said John Koryl, president of Neiman Marcus stores and online.

“Our goal when we moved to the new floor was to create a look that was very light and bright and white, but not sterile,” said Ann Stordahl, senior vice president and general merchandise manager of precious jewelry, designer jewelry and beauty. “One of the other opportunities we had was to create more space for our services, like our spa services, and those rooms have been filled since we opened.”

The floor was designed to create vendor “shops” along the department’s main thoroughfare with brands such as Chanel, Tom Ford, La Prairie and La Mer, which has a fish tank installation. A section for Dior is expected to be completed in May.

The goal in fragrances, Stordahl said, was to “create a more exclusive experience,” which included the addition of new brands and an Avery Perfume Gallery, which houses a collection of 21 fragrance collections.
“One of our key points of difference in the beauty department was really just the presentation of our niche and luxury fragrances,” said Kelly St. John, vice president and divisional merchandise manager of beauty. “It’s very interactive and very inviting.”

Beauty shares the floor with the Mariposa restaurant, which had its own makeover that includes two hand-blown glass curtain installations and an LED presentation at the bar.

Completion of the plaza level improvements is one part of a multiphase, storewide revamp for the 187,000-square-foot Beverly Hills outpost. The improvements began with the remodeling of the Fresh Market Café, which reopened in June. The store’s contemporary department was renamed Cusp in the fall when it went from 8,000 square feet to about 13,000 square feet.

Work has already started on the precious jewelry and handbag departments, which will get complete overhauls along the lines of what was done with beauty.  Shoes, on the same floor as jewelry and handbags, will see a Champagne bar and the addition of interactive touch-screen tables to allow customers to shop the entire inventory offering.

Integration of other technology in the Beverly Hills store includes digital signage.

“The key for us quite frankly is that it’s not just about the novelty of new technology. It’s what purpose does it serve in the customer’s eyes,” Koryl said. “It’s not just the physical things that you can see. Anyone can see digital signage. We’re investing in a great deal of technology that fits in the associates’ pockets.”

Koryl declined to say how much was being spent on the overall makeover, which is slated for completion by late 2016.

Beverly Hills is one of several stores in the chain that’s in the midst of renovations. The company is in the process of completing its Michigan Avenue store in Chicago and is also working on its Palo Alto location.

Dallas-based Neiman Marcus Group Ltd. LLC said it expected capital expenditures to rise in fiscal year 2015 from $168 million the previous year to between $275 million and $295 million, with most of that increase attributed to store remodels and IT projects.