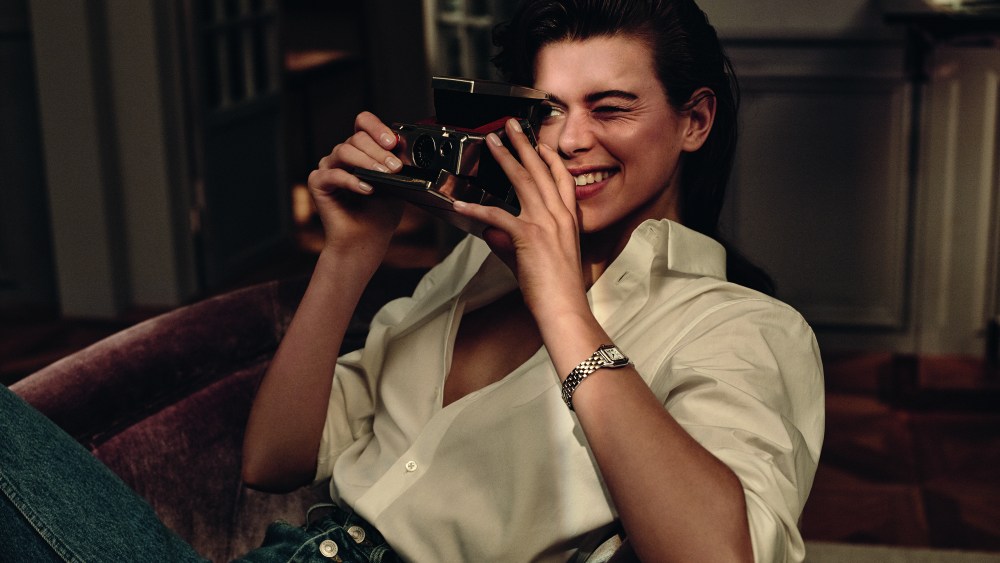 LONDON — Yoox Net-a-porter Group’s ambitions to become a destination for high-end watches and jewelry are rapidly taking shape: WWD has learned that Net-a-porter will be the exclusive launch pad for Cartier’s new Panthère watch.

In a first for both brands, Net will unveil an exclusive pop-up for the latest iteration of the Panthère de Cartier, which will also be stocked in select Cartier stores. This is the first time Cartier has partnered with a third-party online retailer for any project.

Net will offer 12 models, in yellow, rose and white gold and in stainless steel — with and without diamond bezels. In addition, there will be two limited-edition versions, in rose gold and black lacquer, and in white gold and diamonds.

Customers will be able to join a waiting list ahead of the launch starting at 9 a.m. GMT on April 24.

The relaunch of the watch, which made its debut in 1984 and was popular with women and men, is the key initiative this year for Cartier, Compagnie Financière Richemont’s largest jewelry brand.

The original Panthère design, with its square case on a supple chain-link bracelet, has been left virtually unchanged, although the latest version has a thinner case and is waterproof.

The Panthère’s comeback signals a strategic return to Cartier’s jewel-making roots as the watch industry starts to recover from a prolonged period of weak demand and excess stock.

For Federico Marchetti, YNAP’s chief executive officer, the pop-up is one more step toward making the online retailer a destination for high-end watches and jewelry.

He said the project “marks another milestone in our long-term strategy. Looking ahead, we have ambitious plans to expand our fine jewelry and watches category and bring more iconic hard-luxury brands into a global online world.”

High-end hard luxury brands have traditionally been late adopters of online retail, due to fears about discounting, and the perceived lack of exclusivity and personal contact with customers.

In February, Marchetti said one of his goals for 2017 was to transform YNAP into a “destination” for fine jewelry and watches.

Alison Loehnis, president of Net-a-porter and Mr Porter, said the Cartier pop-up “will bring this timeless classic to life for customers around the globe.”

The Cartier deal is the latest in a recent string of exclusives with watch and jewelry brands owned by Compagnie Financiere Richemont, YNAP’s single largest shareholder with a 49 percent stake.

YNAP, which is quoted on the Milan bourse, already has deals in place with the Richemont-owned brands Piaget, Montblanc and IWC Schaffhausen.

Earlier this month Piaget made its online debut on Net, with the introduction of a new, accessibly priced range called Possession. It was the first time Piaget sold its product outside of its own stores and e-commerce channel.

Mr Porter, Net’s men’s wear counterpart, will soon be selling Montblanc’s first smartwatch as part of an exclusive global partnership. The Montblanc Summit Collection, in cooperation with Google, will go on sale in May.

In 2016, YNAP also unveiled a commercial partnership with IWC Schaffhausen, which launched on Net and Mr Porter last November.

YNAP isn’t only dealing with Richemont in the high-end hard luxury arena: As it looks to expand its fine jewelry and watch offer, it has secured exclusive partnerships with the likes of Tiffany & Co., Pomellato, and Buccellati.

As part of the marketing campaign for the Panthère watch, Sofia Coppola has made a 60-second film that’s set in contemporary Los Angeles. The film features Australian actress Courtney Eaton and Donna Summer’s daughters, Brooklyn and Amanda Sudano and will debut next month during an event in L.A.

The Cartier film will air on the house’s web site as well as on the web sites of a range of international titles, and will be screened in a selection of theaters internationally.