More than 150 senior-level executives from a range of men’s retail, vendor and supplier companies are slated to attend. 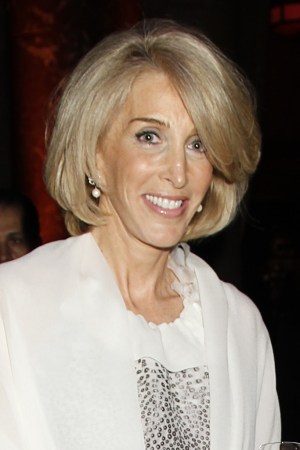 More than 150 senior-level executives from a range of men’s retail, vendor and supplier companies are slated to attend the 2012 Fairchild Fashion Media Men’s Wear Summit on March 29.

“The men’s wear business has been strong across all channels and men’s has been a growing channel in general,” said Murray of the opportunities the category presents to retailers and apparel makers in 2012. “Men are shopping more for themselves and are much more open to fashion, slimmer silhouettes and trying newness. As men are being exposed to more with the increase in technology and social communication, it is important to continue to grow and adapt in the ever-changing omni-channel.”

Men’s has been a standout in retail aisles in the past year, with men’s apparel sales up 4.2 percent in 2011, outpacing the 3.1 percent rise in women’s sales, according to The NPD Group figures. The ever-growing importance of new technology, new retail models and new sources of consumer information and insight will be addressed by speakers including Neil Blumenthal, co-founder of the online eyewear retailer Warby Parker; Greg Selkoe, founder and ceo of Karmaloop.com and Karmaloop TV, and Michael Williams, founder and editor of the Web site A Continuous Lean — the blogosphere’s go-to resource for all things heritage-tinged.

“Once product, place, pricing and promotion drove the success of a brand. Now creating content, connection, community, conversation and embracing new forms of commerce is how a brand survives and evolves,” added Murray.

Unique retail concepts, like Dunhill’s strategy of making its Shanghai, Hong Kong and Tokyo stores resemble homes, replete with overnight accommodations for private members, are part of the latest innovations aimed at keeping men spending. “The home concept is built around service. Even if you need something special we don’t sell, we might find that for you,” said Colfer.

John Dunn, the Emmy-nominated costume designer for “Boardwalk Empire,” will add insight to how fashion can reflect the culture of an era. Mitchell Kosh, senior vice president of human resources at Ralph Lauren Corp. — last year’s top apparel company in a survey of human resources practices by Human Resources Executive magazine — and Harold Reiter, ceo of executive search firm Herbert Mines Associates, will discuss the critical issues and best practices tied to the foundation of any company, its people.

For more information or to attend the event, please contact Marne Friedman at marne_friedman@fairchildfashion.com or 212.630.4379.