In a punchy move, London's New West End Co. has asked retailers to refrain from discounts and promotions once shops reopen, while Value Retail is micro-monitoring customer flows at Wertheim Village in Germany.

LONDON — Unlocking London will be no mean feat, and retailers, brands, and industry bodies are now preparing for a new reality in the British capital once restrictions are lifted in the next few weeks.

On Friday, New West End Company is set to lay out plans for reopening the shopping streets and businesses around Soho, Mayfair, Oxford and Regent streets and Piccadilly Circus.

“It feels like the Olympics all over again,” said Jace Tyrrell, chief executive officer of New West End Company, which lobbies on behalf of more than 600 retail and leisure businesses in the area. He was referring to the London 2012 games, when city, state, transport, security and commercial leaders worked side-by-side for months. 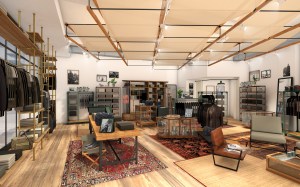 “The feeling now is, ‘Let’s get through it and make it a safe opening.’ We can build on that collaboration in the months and years ahead,” added Tyrrell.

He plans to release NWEC’s reopening strategy before Prime Minister Boris Johnson updates the country on Sunday night. Johnson is expected to keep quarantine measures broadly in place for the next three weeks, but relax the rules on outdoor activities as the weather gets warmer.

Tyrrell said whether the lockdown ends “two weeks or two months” from now, West End businesses should be prepared to snap into action and is offering up guidelines on a “phased, safe and sustainable reopening” of businesses in the district.

In a punchy move, NWEC has asked retailers to put their giveaways and markdowns on hold, advising them to “respect responsible promotional strategies, with discounting and sales kept online” to avoid long lines and crowds. 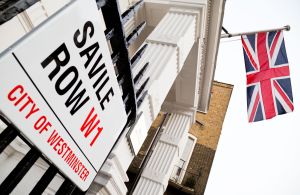 “We cannot have millions of people back to the West End in one go, so, on one hand, it’s about managing the demand,” said Tyrrell.

“We also learned from talking to colleagues in China and Europe that the customers who are coming back and purchasing in boutiques and department stores are spending — there is a high conversion rate.”

He said that now more than ever retailers will need to manage margins and profit, both of “which are going to be hugely challenging this year.”

As part of the comeback plan, footpaths across Oxford Street, Bond Street and Regent Street will have clear markings to encourage social distancing, while store-visitor numbers should be closely managed. Clearly marked waiting areas to the left of store entrances will help prevent long lines from forming, while stores are likely to open with reduced hours of 11 a.m. until 7 p.m.

NWEC is also encouraging the 150,000 workers in the area, visitors and shoppers to walk or cycle into town to keep the pressure off public transportation. There will be more parking for bicycles and dedicated walking routes around the area, while the NWEC has also set out guidelines around hygiene, personal protective clothing, and frequency of cleaning.

“They’re a huge part of our revenue and our demand, and we won’t be getting near 2019 tourism levels until next year — or the year after,” said Tyrrell, adding it was crucial there was an international standard for airports and customers visiting global cities.

“We need an international organization to give guidance with regard to antibody tests, temperature checks, and quarantine. There needs to be a level playing field, it could be very damaging for our international customer base if we have a misalignment with other parts of Europe or the world.”

On the flip side, Tyrrell said 2020 will be the summer for Londoners to support their local communities and to pay tribute to the National Health Service workers. He added that Christmas will be a very different season this year, too,  and that the theme around the shopping streets will be about the “heroes” of the COVID-19 battle. 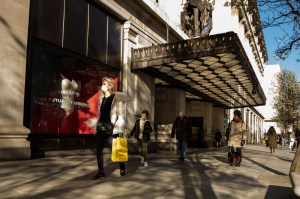 Tyrrell believes that the medium- to long-term view on the West End remains bright, although there will be “far fewer” physical retailers. “What’s left will be the very best in innovation and branding and I think there will be a real level of investment when we come through this — but we’re talking about a couple of years, not months.”

Asked about their preparations to reopen, Selfridges, Liberty, Harvey Nichols and Harrods said they are waiting for the green light from the British government.

Selfridges opened its food hall earlier this week, with reduced opening hours, a one-way system for customers exiting and entering, social distancing, protective screens at the registers, and a strong social mission.

The store said that food leftovers each day will be donated across three charities that help Londoners and NHS workers.

It’s not only London that’s itching to get moving again: Value Retail, which owns nine outdoor shopping locations across Europe, reopened Wertheim Village in Germany, outside Frankfurt, on April 30 with the rest of the European villages to follow soon, pending local governments’ guidelines. 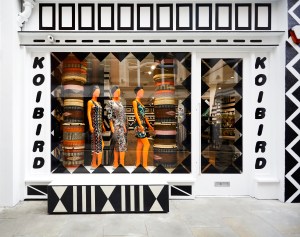 In an interview, Nathan Payne, senior retail director at Bicester Village who is working on shopping protocols for the group’s villages throughout Europe, said the company has been looking to its Chinese outlets, and to technology, to help it reopen its European estate.

He said that every aspect of the customer journey has been “defined and refined” in order to protect staff, guests and the local community.

Value Retail runs two luxury outlet villages in China. Shanghai Village, which was closed for six weeks due to coronavirus lockdown measures, reopened for business on March 2, while Suzhou Village, which shut for four weeks, reopened on Feb. 17.

They form the Bicester Village Shopping Collection, which takes its name from the flagship site in Oxfordshire, England.

Before entering Wertheim Village, each guest is given a thermal scan via a small camera. Once inside, visitors no longer receive paper maps or directories. Instead, everything is distributed digitally, with hand gel on offer throughout the village and deep and consistent cleanings.

Floor markers encourage social distancing, while the village is also trying to manage the lines outside stores. It is currently piloting a scheme that sees stores register guests, give them a QR code, and then alert them when it’s their turn to enter.

Computer modeling that takes into account floor space, the density of fixtures, and number of staff allows the village to monitor and control the number of people in one place at any given time. “It’s a dynamic situation that we are managing carefully,” he said, adding that staff are being trained in the new protocols and ways of working.

“We’re putting training at the forefront, talking to staff about how to engage with guests,” he said pointing out that it’s difficult for guests and staff alike to see a smile behind a face mask.

Payne added that contactless payments, via Apple Pay or Google Pay, are also encouraged, while food services are takeaway-only. Value Retail is looking to improve its service to VIP clients, encouraging them to call ahead to make personal shopping appointments at the private suites within each village.

Depending on local governments’ guidance, villages in Italy, France, Belgium and Germany will likely open in the next weeks.