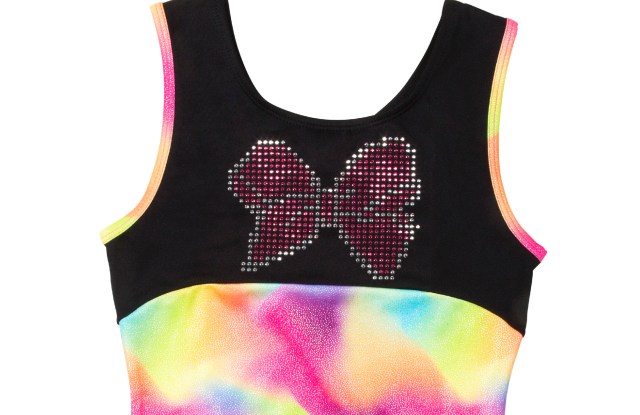 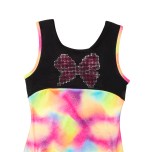 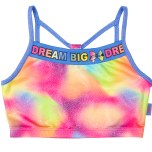 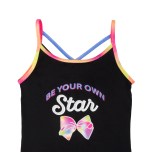 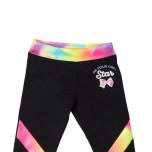 The partnership includes JoJo Freestyle by Danskin, a dancewear, gymnastics and ath-leisure collection available exclusively, starting today, at Target and target.com, and JoJo by Danskin, which will launch in the spring at Kohl’s Corp. Both collaborations represent Danskin’s first entry into co-branded kids’ lines.’

For Target, retail prices range from $12.99 to $19.99, and the line consists of leotards, tights, dance skirts, tutus and leg warmers, as well as fashion tops, sweatshirts, hoodies, leggings, skorts, joggers, sports bras, bike-tards and cropped tops. The girls’ size range is from extra small to large. The Kohl’s prices haven’t been set yet on a similar line with different patterns.

The Target Corp. collection features Siwa’s signature rainbow print, bows and inspiring graphic quotes such as “Dream, Dance, Love.” The Kohl’s collection, which arrives in stores in April, is accented with gold foil detailing and rhinestones in multiple pastel colors.

“JoJo is a TV star, singer and social media influencer, but her first love is dancing and it’s something she’s still incredibly passionate about today. That’s what makes this collaboration with Danskin so authentic and such a natural fit,” said Jose Castro, senior vice president of softlines for Nickelodeon.

“Danskin has been integrated into the world of dance and fitness apparel for decades, and we are exited to extend the brand’s connection to a younger generation through our first co-branded kids partnership with JoJo Siwa,” said Jamie Cygielman, chief marketing officer of Iconix Brand Group.

Nickelodeon signed Siwa about a year ago to a talent deal and to develop consumer products for her, products which range from apparel, accessories and beauty to home décor and consumer electronics. Her fashion doll was a top seller at Wal-Mart this summer. Siwa has been integrated into several on-air initiatives, including specials like the Nick Halloween Special and HALO Awards. She will also appear on Lip Sync Battle Shorties alongside host Nick Cannon, and will be performing on Nick’s float at the Thanksgiving Day Parade.

Now in its 38th year, Nickelodeon is the number-one entertainment brand for kids. The company includes TV programming and production in the U.S. and around the world, in addition to consumer products, digital, recreation, books and feature films.