The retail concept is the company's latest effort to bolster its action sports business, which is projected to more than double by 2015. 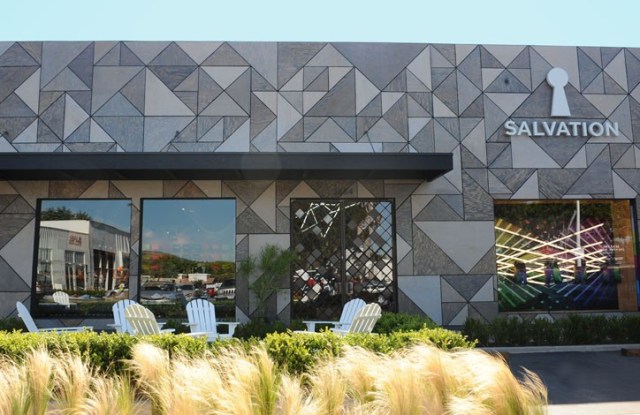 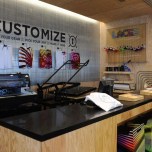 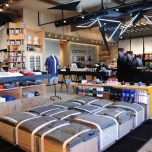 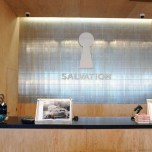 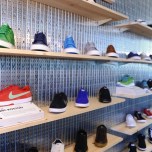 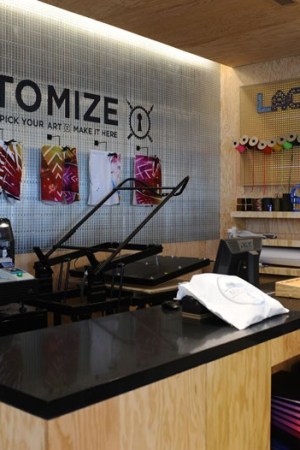 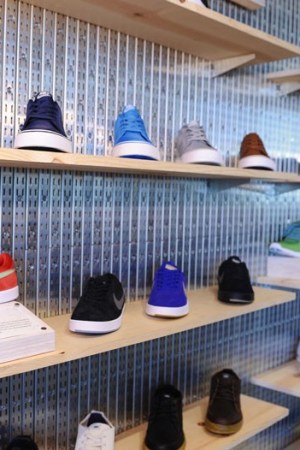 LOS ANGELES — Salvation is here — at least Nike Inc.’s version of it.

The retail concept combining Nike, Converse and Hurley that began in 2009 with locations in Laguna Beach and Irvine, Calif., has gelled at the shopping center Malibu Village, where Nike has unveiled a 4,500-square-foot Salvation store intended to engage action sports customers with merchandise selected specifically for them and customization capabilities that turn boardshorts and other goods into personal art projects. Salvation is the latest Nike effort to bolster its action sports business, which is projected to more than double to $1 billion-plus in sales by 2015. Action sports took center stage at Nike last month with the launch of “The Chosen,” the company’s first “Just Do It” advertising campaign geared to the sector.

“We felt that there was a place in the action sports world for a different type of experience that was both innovative and celebrated the culture of art, design, music and action sports,” said Roger Wyett, president of Nike Affiliates, including Cole Haan, Converse Inc., Hurley International LLC and Umbro Ltd., of Salvation. “Obviously, having three brands that we felt were very complementary together we thought was a good idea.”

At the Salvation store in Malibu, Hurley explained that Salvation was one of the early names considered for what went on to become the Hurley brand. It’s “an all-encompassing term,” he said. “These brands [at Salvation] all seek to innovate and inspire.” Nymen added, “The idea of salvation is personal happiness. All the kids in this [action sports] world find that through their sport, surfing or skating.” Salvation’s logo, a keyhole framed by a triangle designed with Michael Leon, communicates the brand is a gateway to the action sports world.

The Malibu Village store raises the curtains on Salvation’s signature exterior facade. It contains a series of interlocking triangles crafted out of marine-grade plywood washed in four different tones of gray. A large door sits at its middle, made out of glass shaped into diamonds and raw steel. The triangle motif from the facade is repeated over and over again in the store’s interior.

Inside the store, plywood is the dominant material. The floors are concrete, and the shoe display and wall behind the cash wrap have shelving standards lined up next to one another. Repurposed sails are printed with black-and-white action sports imagery throughout the store. Hurley’s son and Hurley design director Ryan Hurley is the subject of a surfing image on such sails above the boardshorts display.

“The base principal of the store is super-do-it-yourself,” said Nymen. He noted that existing elements in the space that made sense — a bank vault door left over from a previous incarnation of the location that’s the door to the dressing room, for example — were kept. “The voice of the store is one of subtlety. It is not telling the consumer in your face: You got to buy this,” said Nymen.

There is no bold signage signaling that merchandise is from one or another of the three brands in the store. Key product initiatives for brands like Nike 6.0’s $60 Full Court Boardshort and Hurley’s $125 Phantom 4D Boardshort do get dedicated presentations, but the store avoids having shop-in-shops for specific brands. Items from the brands are often put together to show consumers complete outfits.

Powers estimated there are 100 stockkeeping units of footwear, and 400 sku’s of apparel in the store. The target age range for the store’s customers is 17 to 25 years old, and Powers anticipated that customers entering the store would be evenly split between the sexes, although the sales of men’s products would probably outweigh women’s 60 percent to 40 percent.

Store patrons can personalize everything from boardshorts to sneakers with some 500 graphics they choose from on iPads set into a counter in the store’s customization area. Various artists will contribute to the graphics, and James “Dalek” Marshall’s work can currently be put on goods in the Salvation store. Customization adds a $15 to $20 premium to merchandise prices and takes 20 to 30 minutes, so customers can walk away with their personalized purchases during a store visit.

No one from the team would discuss Salvation’s sales. However, Wyett said the first two stores “have been both strong commercial and brand successes.” Should the Salvation store in Malibu perform well, Powers indicated a rollout is planned, but the fourth store isn’t expected until next year at the earliest.