Nike hired 85 percent of the staff from within three miles of the store, is allocating paid volunteer hours for employees to give back and supporting local organizations through an employee-led grant program.

A mural by Moses Ball on the interior of the Nike Watts store.

Nike is today opening its next Community Store, in Los Angeles’ Watts neighborhood.

The 9,588-square-foot, single-level space is at the Freedom Plaza Shopping Center, the centerpiece of a 700-unit apartment complex that was recently transformed by developer Primestor from aging public housing into a sustainable mixed-use residential and retail village. Nike shares space in the center with several other chains, including Starbucks and Smart & Final.

Nike launched its Community Store concept in 1999, and the Watts door is the eighth to open in North America, with others in Detroit, Brooklyn, Portland, Ore., South Chicago, New Orleans and Washington, D.C. L.A. is the only city to have two — the Watts location and one in East Los Angeles, which opened in 2015.

“We always want to reflect and support the communities that love us,” said Blanca Gonzalez, vice president and general manager of Nike L.A. of the brand’s decision to open in Watts, a working class, primarily Latino and Black community with a rich history of art and activism.

Nike hired 85 percent of the staff from within three miles of the store, is allocating paid volunteer hours for employees to give back and is supporting local organizations through an employee-led grant program. (Initial grants are going to organizations including the East Side Riders Bike Club, Peace4Kids and Watts Rams Track and Field. The store will provide additional grants in 2021, when community organizations can begin applying for a total of $50,000.)

Inside of the Watts door, there are lots of local touches, from the “Watts” logo on the wall designed by rapper and producer Stix, who also wrote a manifesto for the store, to the mural by artist Moses Bell of local community leaders like youth outreach organizer “Sweet” Alice Harris. 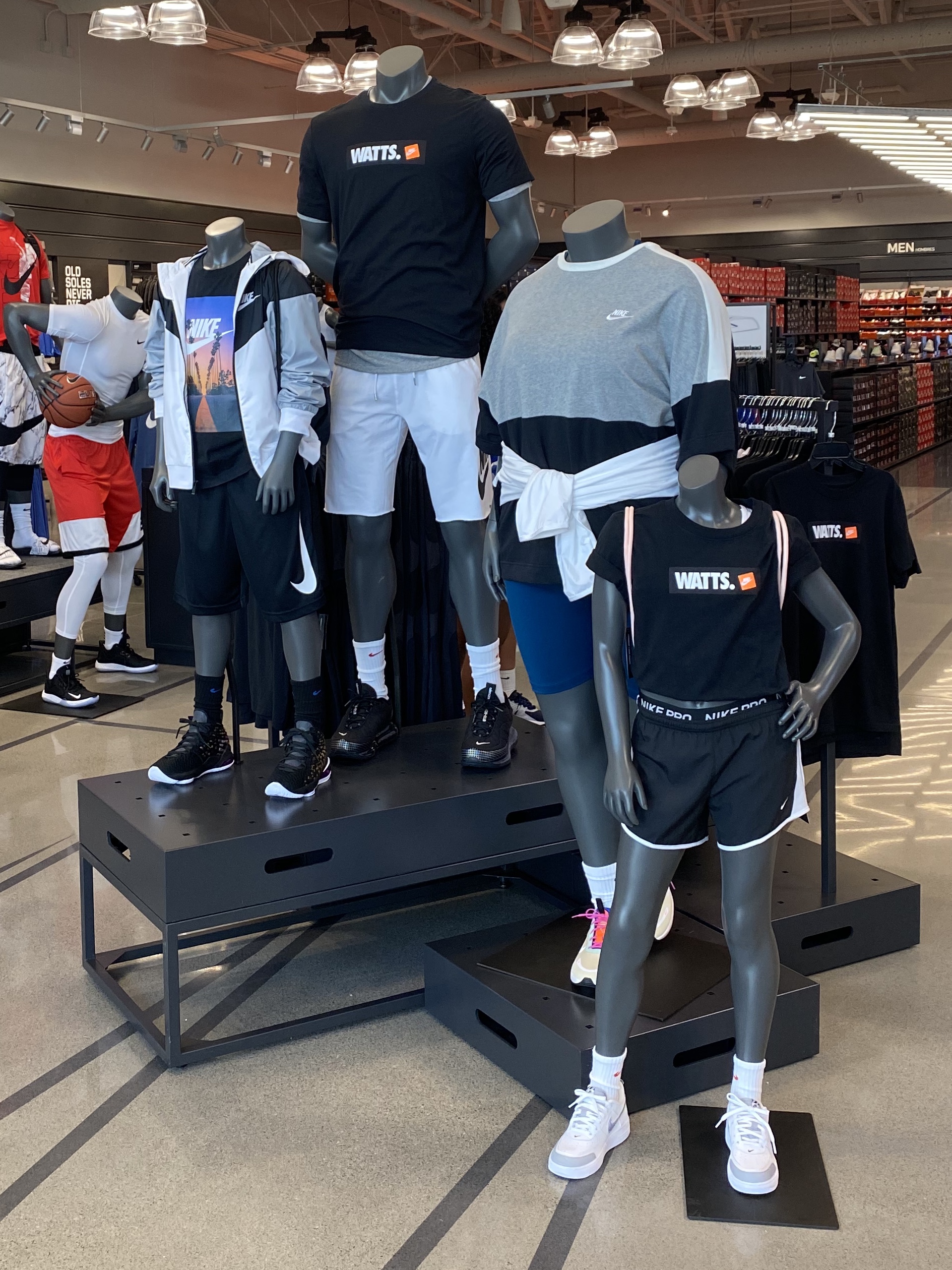 The brand partnered with the Love Watts creative network to connect with community talent, which is also spotlighted in a zine, alongside employee profiles, neighborhood street art and landmarks such as the folk art Watts Towers. Nike plans to continue to publish the zine twice a year, to “create a platform for the next artists, influencers and athletes,” Gonzalez said.

Nike tapped a local photographer, 22-year-old Barrington Darius, to capture its imagery of the store. What does it mean to have a Nike store in his own backyard, instead of having to drive miles across L.A.’s urban sprawl to Cerritos or Lakewood or beyond to shop? “It feels like being noticed,” he said during a photo shoot at the store last week. “The inner city deserves everything you’d find everywhere else.”

The assortment of merchandise — which includes full-price and factory product — is tailored to the local customer base. Sportswear is the biggest Nike seller in the area, so it’s front and center (including a range of Watts-themed exclusive product). And because 51 percent of consumers in Watts are single mothers, there is a robust baby and kids department, a brand representative said. 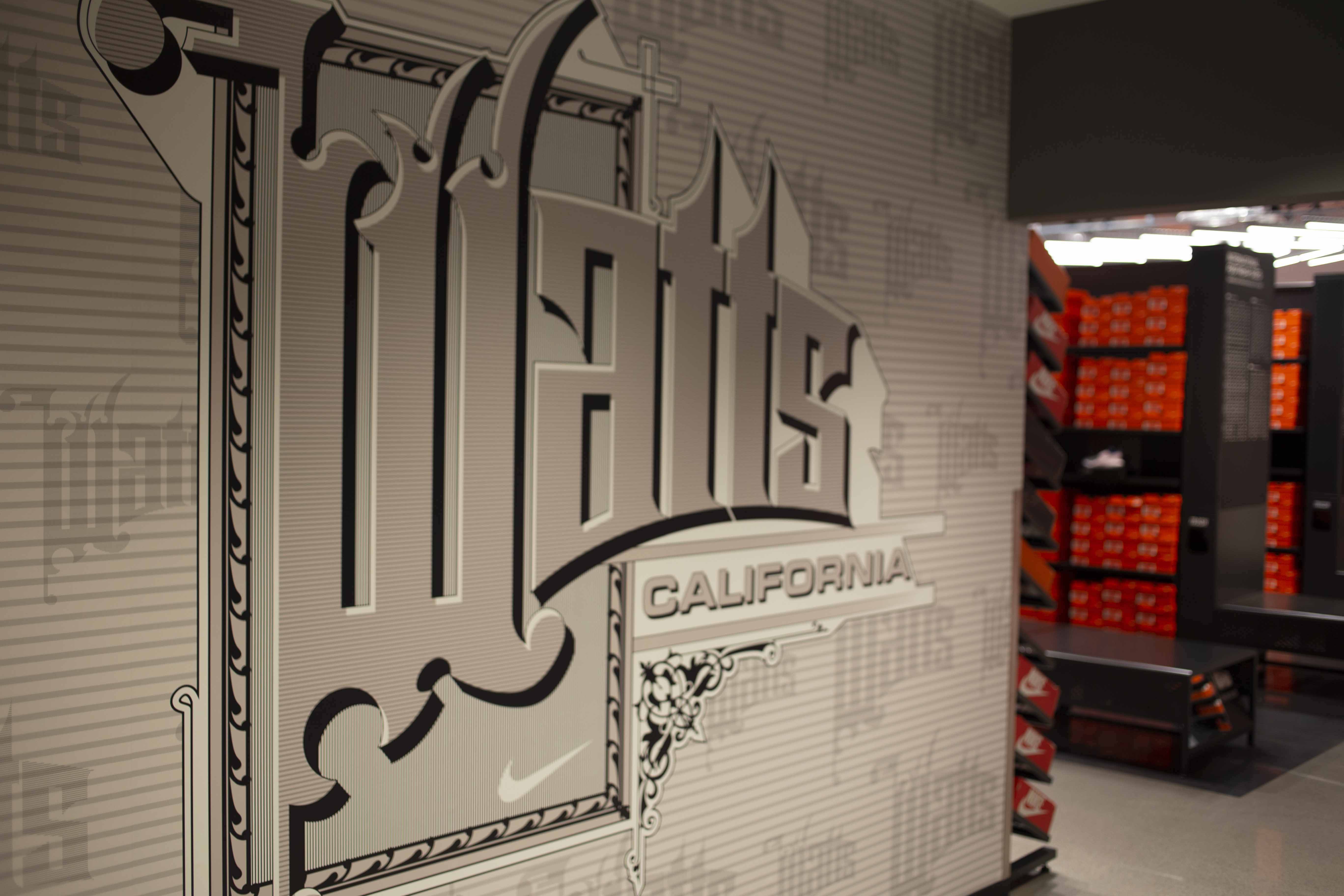 In the back, shoes are displayed on floor-to-ceiling shelving, and there’s a spot for recycling old sneakers through the brand’s Old Soles Never Die program.

Nike had been engaged with the Watts community even before the idea to open a store came up last year, through a partnership with the Kobe Bryant Mamba League, Students Run L.A., Street Soccer USA, the Drew League and volunteer activities around the Jordan Downs and Nickerson Gardens housing projects. Although the brand typically opens stores with much fanfare, it’s trying to keep things more low-key because of the pandemic, limiting the number of customers and conducting temperature checks.

With a portfolio of 7,000 branded shops globally, Nike’s eight-store community store format is so far comparatively modest. “I don’t see it becoming a huge door count, but we will continue to explore opportunities,” added Gonzalez, noting that the stores have been a way to help recruit and elevate diverse talent into Nike’s corporate ranks. She currently has three people on her staff who started working retail at the East L.A. store. “They are top talent in our office,” she said.

In the wake of the killing of George Floyd by Minneapolis police, and the Black Lives Matter protests, Nike pledged $40 million to support the Black community. NBA legend Michael Jordan and the Jordan brand pledged an additional $100 million. As is the case with many Fortune 500 companies, many employees have called for more than donations and are demanding more systemic change. Last month, the anonymous Black at Nike group of current and former employees came together, posting stories on Instagram about alleged racism and microaggressions within the company. Similar employee-led efforts have emerged from Reebok and Adidas.

“We want to make sure we reflect our customers in the best possible way and be there for them,” Gonzalez said. “We have also recognized Juneteenth as a corporate holiday. Everyone is on a different journey. But we want to be a better Nike. That’s our mantra going forward and we want to make sure we’re part of the change in society.” 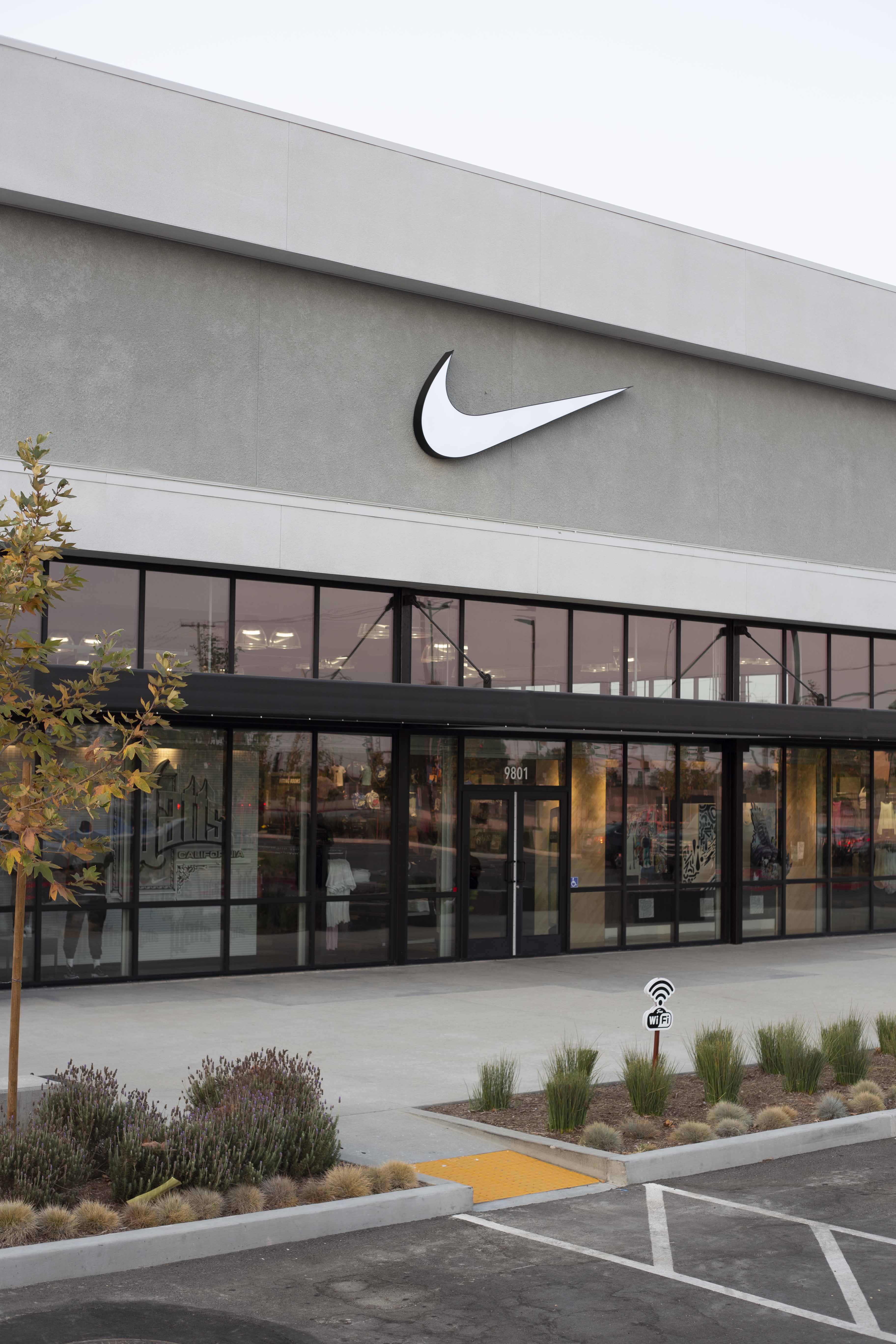