A nylon yarn containing a mineral that turns body heat into infrared light is showing promise for improving the athletic performance and comfort of its wearer. 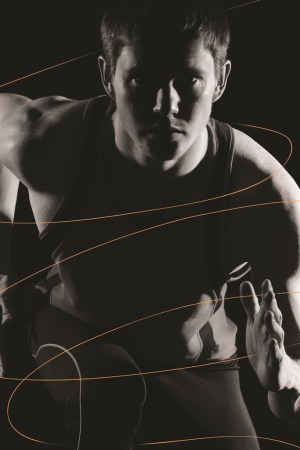 MILAN — A nylon yarn containing a mineral that turns body heat into infrared light is showing promise for improving the athletic performance and comfort of its wearer.

In a phase of the study measuring cardiovascular effects, clinicians found Innergy improved oxygen transport to muscle tissues, reduced the concentration of lactic acid in the blood and slowed the process of reaching anaerobic metabolism.

“If it had this kind of effect on a [cardiovascular] patient, it would be one of the best pharmaceuticals that we have,” said cardiologist Piergiuseppe Agostoni, who conducted the cardiovascular phase of the study. He also cautioned, “But we can’t say that.”

Agostoni is the head of congestive heart failure and critical cardiac care at the Istituto Centro Cardiologico Monzino in Milan. He described the study as a kind of “fun game” conducted after hours on colleagues and himself in the clinic’s laboratory. He added the study yielded indicators impressive enough to merit further investigation — more directly for athletic performance, but also for possible health applications like cellulite and circulatory problems.

Nilit said it was conducting an additional study on athletic implications at North Carolina State University in the U.S. and has plans to test Innergy on cellulite next year.

Three minutes before the end of the physical activity, the Innergy yarn surpassed classic nylon in breathability, dryness, skin feel and heat comfort. Just 20 percent of the volunteers felt hot at the end of exercise when wearing Innergy versus 60 percent for the placebo.

Italian textile mill Maglificio Ripa produced the fabric using the Innergy yarn. Managing director Luco Bianco said many months of testing and development were put into a cloth that was comfortable and light. But the principle behind Innergy’s performance compared with the placebo garment is that the thermoreactive mineral inside the fiber radiates far infrared energy when it comes in contact with body heat. FIR is the warming part of the sun’s light spectrum and people perceive it as heat. It has been shown to act as a vasodilator, promoting circulation and increasing oxygen levels in the tissues. FIR saunas and other devices have been developed for therapeutic use, though they are not yet widely embraced by Western conventional medicine.

WWD asked competitive bicycle racer Ferdinando Pertusio, who had no prior familiarity with the product, to try out sample garments made of Innergy for his impressions.

“I’m always very skeptical about these things,” he said before donning a long-sleeve shirt and a pair of socks for a training session.

Afterward, he wrote in an e-mail, “I’m pretty surprised by how good it is. I can’t quantify any performance gains…but there is definitely something going on here at a minimum on the thermal level.”

Pertusio said the unusual warmth of the socks could make it possible to train longer in the cold and “breathing also felt easier,” although he was not sure of the cause.

“It also just feels fantastic both on the skin and to touch, almost like not having anything on,” he added.

Nilit admitted it is neither the only nor the first company to utilize thermoreactive minerals in clothing fibers to make FIR-emitting garments. California-based Celliant claims nine clinical studies dating back to 2003 demonstrate the effectiveness of its FIR-emitting gear and claims commercial partners like Puma, Asics and Jockey.

What makes Innergy different is that its mineral is in the polymer itself, and thus will never wear out in the wash or with use, whereas rivals use fabric treatments to saturate existing fibers, said Marco de Silvestri, European sales manager for Nilit Fibers.

That said, Celliant claims its method of “loading fiber” with thermoreactive minerals is also permanent.

Nilit is looking for its own major sports apparel partners to bring Innergy to stores. Michal Ron Gavish, global marketing director for Nilit, said her ideal would be to work with North American leaders Under Armour and Lululemon.

“We have a goal of selling 500 tons per year from 2015,” or enough to produce millions of garments annually, from sports gear to hosiery, socks, shapers and base layers, Ron Gavish added.

Ron Gavish said Nilit’s nylon fiber business, which is focused on a single polymer called nylon 6.6, has a global turnover of roughly 300 million euros, or $365 million, representing about half of Nilit’s total sales, including plastics. In the U.S., Nilit has more than a 50 percent market share of the nylon 6.6 fiber market and 23 percent in Europe, according to Gavish.