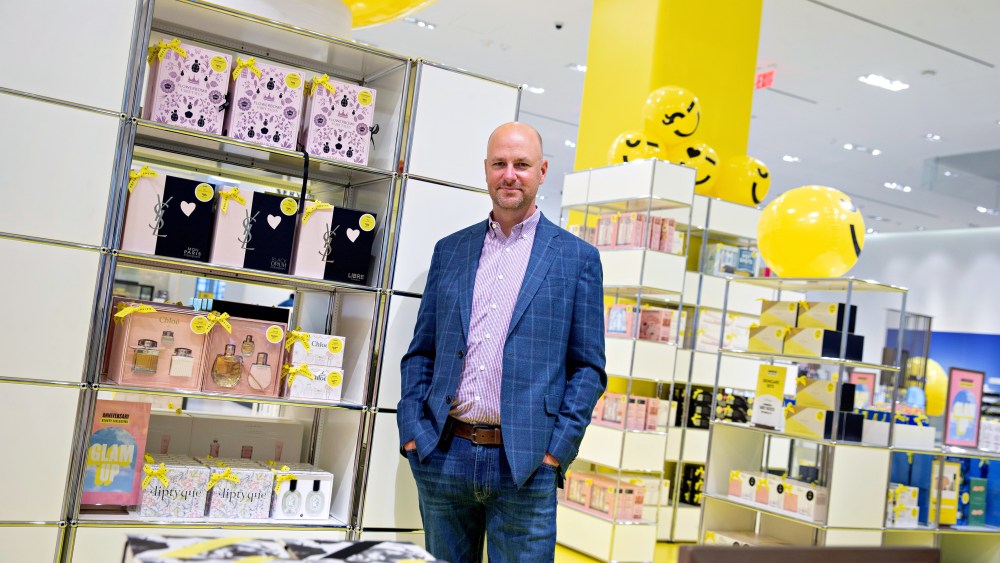 July is typically the dog days for retailers — but not for Nordstrom.

Nordstrom’s signature Anniversary Sale began Monday, and this year takes on greater significance, in light of the pandemic.

The sale could very well mark “a milestone” in the trajectory of Nordstrom’s 2021 business, according to Jamie Nordstrom, president of stores, who said that as planning of the event progressed — and it’s about a year in the works —  “It became clear that the timing of the event would be coinciding with the reduction of COVID-19 restrictions, and people having events again and traveling again. The Anniversary Sale presents a really unique opportunity to be there for our customers, probably at a moment when they need us more than ever, and probably we need them more than ever,” said Nordstrom.

Last Sunday, the company disclosed that it took a minority equity position in the Topshop, Topman, Miss Selfridge and HIIT brands owned by Asos, which acquired them from the Arcadia Group that went bankrupt last year. And there is more to the deal that Jamie Nordstrom disclosed to WWD.

With the Asos brands, “We went into this eyes wide open. As we got to know them [Asos] better, we realized there is a big opportunity here. There are all sorts of stuff that is going to kick off a little bit in the fall, and a bigger way in Q1” of 2020. Asos owns brands besides the four Nordstrom bought a stake in, but he declined to specify others that could be sold at the U.S. retailer.

Nordstrom has been selling Topshop and Topman merchandise in the U.S. exclusively since 2012, though that business was impacted by Arcadia’s bankruptcy last year. “The whole supply chain turned upside down. Product delivery was disrupted. But the demand is still there,” said Nordstrom. “The customer doesn’t care about Arcadia’s financial situation or who owns Topshop. There is tremendous loyalty to that brand. We are excited to get that engine going again.”

At Nordstrom’s 57th Street flagship in Manhattan, amid the big bright yellow balloons and bright yellow disks flagging discounted Anniversary items through much of the flagship, the executive outlined current selling trends, citing a pickup in wedding-related fashion with weddings resuming. He said casualization and comfort continue strong, abetted by the pandemic; as do flats from Balenciaga and Dior, and athleisure. “Fortunately we have made big investments in that business prior to the pandemic.” Bestselling brands include Alo, Sweaty Betty, and Zella, a Nordstrom-owned brand. “You walk around the city and everybody is wearing either the McQueen sneaker or the Dior sneaker.”

Denim is also selling, while men’s suits, historically a big part of Nordstrom’s business, is questionable. “We will see how that evolves. Is there a return to natty dress up? That will happen some day. I don’t know if it’s now or in five years. One of these days, 23-year-olds will start wearing suits.”

He said shopping fashion to wear at charity and industry events seems still on hold, yet should resume this fall; that online penetration will be lower than it was in 2020 since stores are open and were closed part of 2020 due to COVID-19. “You’ll hear people saying, ‘what happened? Did their online business go down? No. Our online business is still going up. Those penetration numbers are going to be hard to look at or gauge anything on.” At the start of 2020, digital accounted for more than 30 percent of the company’s volume, but the pandemic pushed digital to 54 percent of sales by the fourth quarter last year.

The Anniversary Sale is staged across the entire fleet of 100 full-line Nordstrom department stores. It enables the retailer’s most loyal, highest-spending customers a first crack at shopping designer discounts on new fall styles, at 25 to 40 percent off. Other loyal but less spending cardholders get access soon after, and on July 28, all shoppers get access to the event, which ends Aug. 8. The next day, the remaining Anniversary merchandise reverts to full price. This year, Nordstrom has 100 additional brands included in the sale, underscoring its high hopes for a big turnout.

“Our two biggest scaled events are the Anniversary Sale and Holiday. A disproportionate amount of our planning and energy are on those two periods,” said Nordstrom. On volume, “They’re pretty darn close, and they are of equal importance to us. But they’re different. This is more of a loyalty event. Holiday is a different kind of promotional event,” said Nordstrom, who was dressed casual chic, in a Ted Baker sport coat, Fidelity jeans and a Nordstrom private brand shirt.

The retailer had a tough 2020, yet is emerging from the pandemic more agile and innovative, further implementing integrations between the Nordstrom department stores, Rack off-price stores, and Nordstrom Local doors, which are service hubs not for selling merchandise. The company is offering more selection, notably expanded home offerings. “We know there is a lot of demand of what I call fashion for your house,” Nordstrom said. “We never made a commitment to be in that business. That’s changed in the last year.” Also, in the past few years, the company has established “a pretty durable pet offering, in most flagship stores.”

According to the executive, traffic and demand have picked up in the last four months as states lowered COVID-19 restrictions. “It started in Florida, Texas and the South and kind of moved north and west. We see a high correlation of traffic and demand because now you have more occasions to buy clothes for. They are going to weddings. They are traveling. They are going out on dates. They are going to restaurants. That creates reasons to buy clothes. We see it in store traffic. We see it in the demand online. It’s really across the U.S. I have been everywhere in the U.S. Restrictions are fundamentally gone. And so this acceleration will continue to happen for the entire rest of the year. We are encouraged that we are in a recovery.”

Still, he acknowledged that Nordstrom’s urban stores more focused on tourism, including those in Chicago, San Francisco, Seattle and New York, haven’t seen the same kind of lift in business as suburban stores. “We know that a big chunk of the business done in this town [New York] is tourism. You take away tourism, it’s been quieter. What has been encouraging is the loyalty and following we have started to build with the locals, living on the West Side and East Side. We’ve had more time to focus on them in the last year. I can’t quantify it.

“A good example is our men’s store which opened a year earlier [than the women’s flagship] so we had a longer time to develop that men’s business. It’s been really encouraging to see the loyal following we built there and it’s not just tourism. We’ve got to do that now on the women’s and kid’s sides here. The pandemic threw a monkey wrench into that. But we are long-term thinkers. We know this store is going to be here for a long time. And so we want to build that foundation the right way. It’s not about let’s do a big advertising campaign. It’s not about the big promotion. It’s about let’s be the best Nordstrom store we can possibly be. And if we do that, we think we will be successful, like we’ve been in a lot of other places.”

Asked what tactics are being used to build clientele in New York, Nordstrom said, “We’ve actually attracted a lot of talent over the last year. Maybe we have been the beneficiary of some retail going away,” which in Manhattan would be Barneys New York, Neiman Marcus and Lord & Taylor which all closed. “We are starting to build a reputation as a good place to work, where you can be successful, where there is career advancement, and so we are able to attract some good folks and that’s had a big impact.” In many cases, it’s been sales associates bringing their client lists to Nordstrom.

During the pandemic, with merchandise, “there wasn’t the need or appetite for anyone to make any big changes. Now we are starting to talk with brands” about new shops or relocations. At the Manhattan flagship, “We just moved some beauty around on the main floor in our jewelry area. Any good store is always evolving like that. You are going to see the store start to morph and evolve over the next year.”

Adapting to heightened comfy and casual trends “that kind of takes care of itself. The harder stuff is we’ve got all these designer shops and figuring out which has to move or change. Those things take a long time to plan.” The Manhattan flagship, downtown Seattle, Chicago, South Coast Plaza in California and, Northpark in Dallas are among about 12 Nordstrom full-line stores with “a significant designer offer,” he said.

The Anniversary Sale marks the beginning of fall fashion selling. “Most of Anniversary is true fall but there is some buy now, wear now. Right after Anniversary, we will get another hit in early August of more fall merchandise and by Labor Day the full fall assortments get going.”

“I feel super encouraged about, number one, being out of the tunnel and the possibilities that are in front of us. It’s going to look and feel different — the way consumers shop. The way brands work with retailers. The way the supply chain works. The way you reach customers through social media. Everything is going to be different. Everything.”