Nordstrom Inc. had a tough 2020 but is emerging from the pandemic “more agile, more innovative and closer to our customers than ever before,” Erik Nordstrom, chief executive officer, said at the retailer’s annual meeting Wednesday.

Nordstrom protected the health of employees and customers, strengthened its financial situation through “aggressive” expense savings and reduced base salaries of the executive team, he said. Nordstrom and his brother Pete, president and chief brand officer, also declined salaries for six months, Erik said. The Seattle-based upscale omnichannel retailer ended its fourth quarter with $1.5 billion in liquidity, and fully paid back on its $800 million credit facility.

With its retail operations, “COVID-19 accelerated existing plans so customers can shop where, when and how they want,” said Erik. At the start of 2020, digital accounted for more than 30 percent of the company’s volume, but the pandemic pushed digital to 54 percent of sales by the fourth quarter last year.

He summed up the company’s three top priorities: “to win in our important markets, broaden the reach of Rack, and increase digital velocity.” 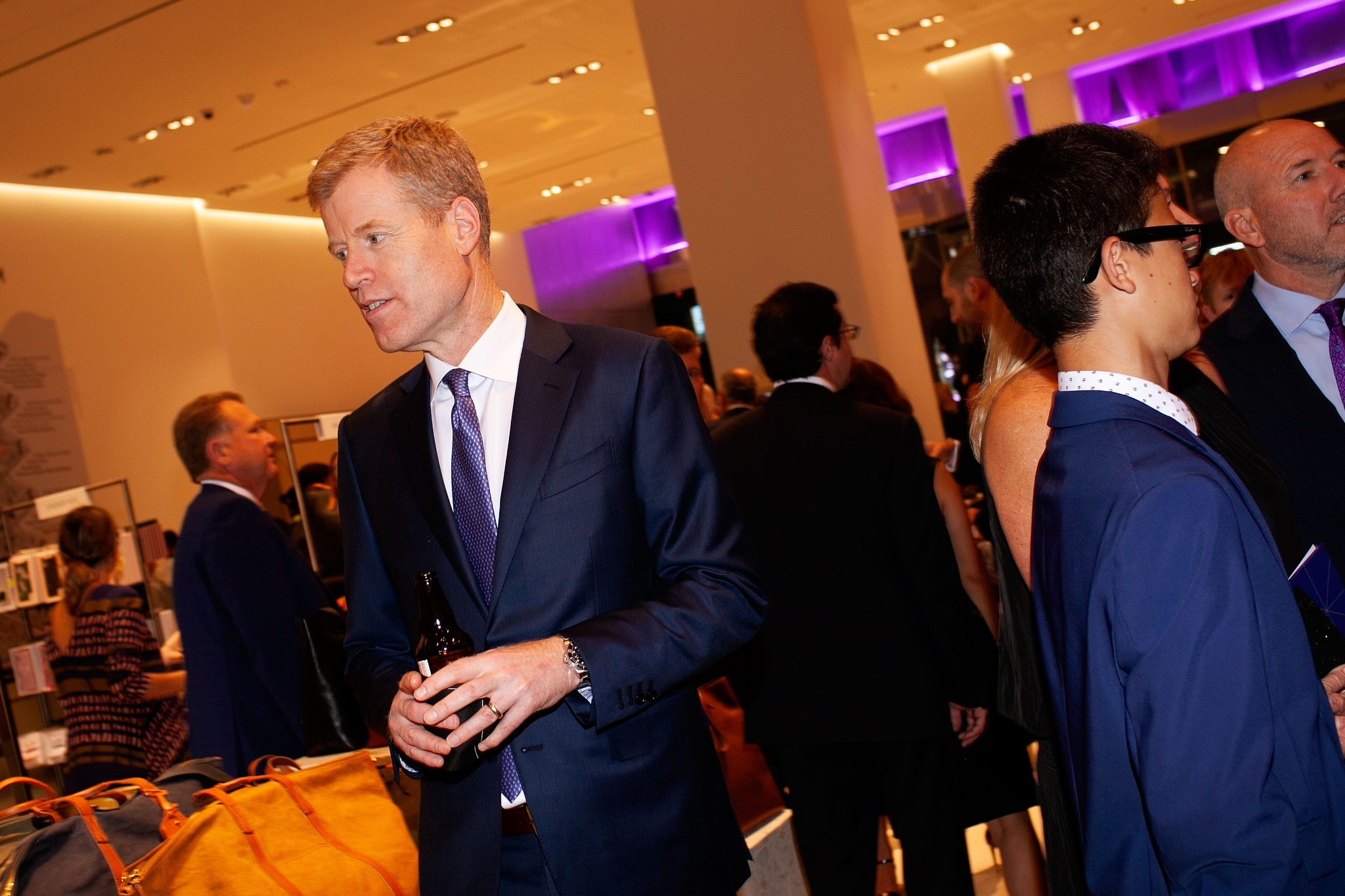 Erik Nordstrom at Nordstrom’s Manhattan flagship opening in October 2019.Nordstrom has forecast annual revenue to reach $17 billion in the next three to five years, which compares to $10.38 billion in sales last year, and $15.13 billion in 2019. Last year, Nordstrom had a net loss of $690 million, versus reporting a profit of $496 million in 2019. The first quarter of 2020, with the onset of the pandemic, took the biggest toll on profitability.

Nordstrom is scheduled to report its results for the first quarter of 2021 on May 25.

Last February, Nordstrom unveiled its “Closer to You” long-term growth agenda, which involves broadening its digital assortment from 300,000 items to potentially 1.5 million over the next three to five years; injecting lower price offerings into the Nordstrom Rack off-price matrix, and extending the reach of its three-year-old market strategy, from 10 urban areas currently, to 20 this year. The market strategy entails leveraging the physical assets of Nordstrom’s full-line department stores, Nordstrom Rack and Nordstrom Local to increase services, conveniences and merchandise choices, and speed deliveries.

“Customers expect more than just products, they want a connection,” said Pete, during the annual meeting. “Our purpose is to make customers feel good and look their best.”

He cited service, quality, caring, inclusivity and humanity as core company values, and to further diversity, inclusion and belonging, specific goals have been established.

“During times of transformation and uncertainty, it is more critical to keep our focus and priorities clear. Our focus has remained the same — take care of our customers…The fact is we not only weathered the storm but emerged stronger which means we have a heck of a lot to look forward to in the future.”

Brad Smith, chairman of the Nordstrom board, opened the meeting. His main message was that the company stayed focused on its inherent entrepreneurial spirit and its customers, and continued to evolve through the pandemic. While other retailers were absorbed in figuring out how and when to reopen stores temporarily closed due to COVID-19, Nordstrom was one step ahead, thinking about how “to reimagine and reinvent,” said Smith.

The annual meeting was held virtually, lasted 15 minutes, and offered shareholders an opportunity to ask management questions, but none did.