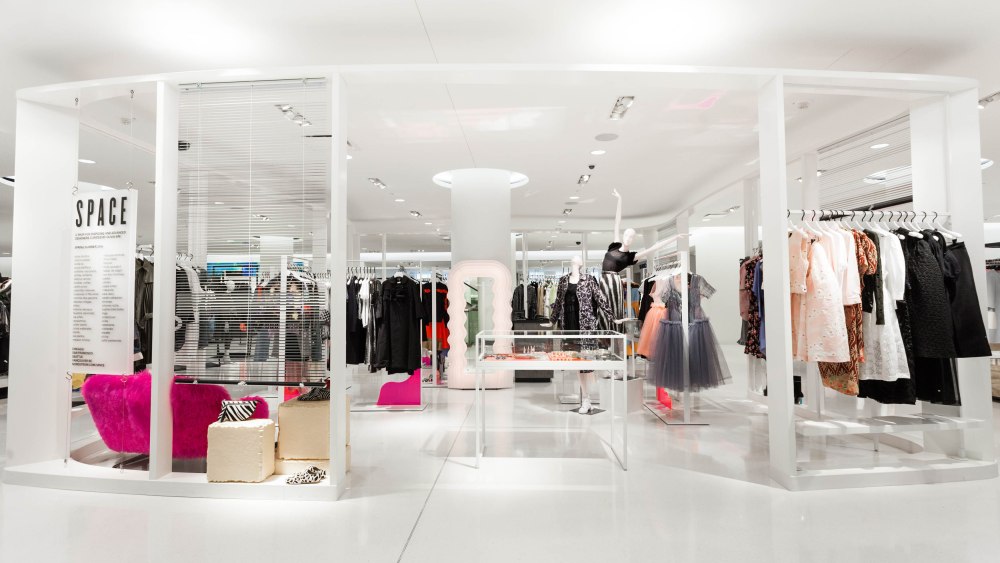 A year after Nordstrom introduced Space, its in-store boutique dedicated to advanced fashion, it’s launching the concept in four new locations. Beginning this month, Space will roll out in Nordstrom’s stores at the Mall at Green Hills in Nashville, Tenn., and The Grove in Los Angeles. On Sept. 16, Nordstrom will open its first Toronto store in Eaton Centre, followed by Yorkdale Centre on Oct. 21. Both locations will open with Space.

Space is largely the work of Olivia Kim, Nordstrom’s vice president of creative projects, who was hired from Opening Ceremony in 2013. “When we originally conceptualized the idea it was to fill this white space in our designer offering,” Kim said. “We were doing so well with a lot of the mainstay European collections and had a really productive advanced contemporary world, but there was this whole missing area, designers who are typically found in boutiques and kind of needed a little more explanation than just throwing them on the floor.” She said top performers have been Vetements, Simone Rocha, Roksanda and Junya Watanabe. Other designers carried in space include Comme des Garçons, Ellery, Koché, Brother Vellies, Marques Almeida and Undercover.

Kim said Space has lured a new customer to Nordstrom but the feedback has been surprising. “To tell you the truth, I really thought it would only be a new customer,” she said. “But our customer has really embraced these brands. We didn’t know that they were looking for them but after a year, they let us know.” Although the focus is on emerging and advanced designers, many of whom are just getting their start, Kim said you can’t underestimate customer awareness. “The world is so small now,” she said. “Customers know about the LVMH Prize or ANDAM, and I think it’s nice to be able to see some of these brands that are often sold in conceptual stores or boutiques at Nordstrom. That’s been very powerful.”

In addition to the new locations, there are Space shops-in-shop in Nordstrom’s downtown Seattle, Vancouver, Chicago and San Francisco locations. For the Toronto launches, Space is featuring exclusive capsule collections by Canadian labels Brother Vellies, Wwake, Stevan Tai and Vejas.