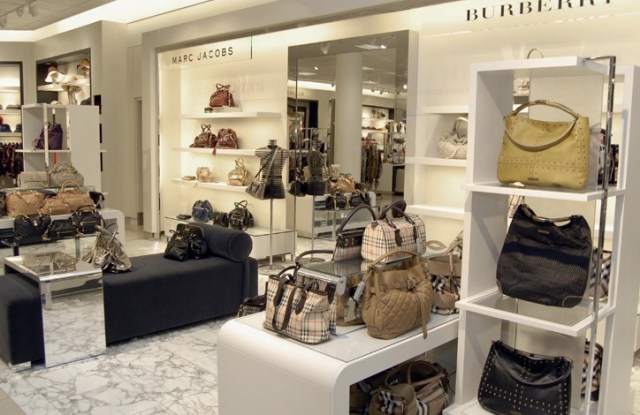 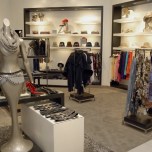 SANTA MONICA, Calif. — Nordstrom has removed the plastic coverings from its glass doors at refurbished Santa Monica Place, unveiling a store that showcases its capacity to edit merchandise to fit a smaller, more urban space.

The retailer opened the three-level, 122,000-square-foot unit here on Friday after a gala preview for 1,500 people the previous night, gearing its merchandise to a fashion-forward customer intent on newness.

Unlike Bloomingdale’s, which earlier this month introduced its scaled-down SoHo concept to the West Coast at Santa Monica Place, Nordstrom’s store is more standard-issue fare for the Seattle-based retailer, which has its largest concentration of stores in California. They are typically 140,000 to 150,000 square feet.

“Seeing the business that we could do out of The Grove in 120,000 square feet, and that the customer appreciated having an edited assortment, really helped us,” said Erik Nordstrom, the retailer’s president of stores, referring to the store at Los Angeles’ The Grove shopping center that opened in 2002. “If there is a great market and we can only get 120,000 square feet, we know we can have a real compelling edited offer. It forces us to really know the community.…The most prominent common thread would be people’s desire for new fashion.”

The store departments, often defined by lifestyle, reflect the retailer’s adjustments to a trendy clientele. Erik Nordstrom said the store is the chain’s first in the Los Angeles area to contain a trend-accessories department of handbags and jewelry from brands such as Virgins Saints & Angels, House of Harlow 1960 and Twelfth Street by Cynthia Vincent that are easily paired with contemporary apparel.

Sharing second-floor space with trend accessories is the Via C department of emerging labels, including Alice + Olivia, Alexander Wang and 3.1 Phillip Lim; the Savvy department, which takes on an urban tenor with Marc by Marc Jacobs and Joie, among others; the denim-heavy TBD department with Seven For All Mankind, Citizens of Humanity and Joe’s Jeans; professional women’s resource Individualist with Trina Turk, BCBG and Theory, and the Active department with Adidas by Stella McCartney, Nike, Pink Lotus and The North Face, among other departments.

At the gala Thursday night, which helped raise $150,000 for Chrysalis, which aids the homeless, and the Children’s Institute Inc., guests ate from buffets set up among the departments, viewed models in a range of looks and were entertained by singer Michael Bublé, whose stage was set up where the junior department, BP, will be housed on the first level. Erik Nordstrom was joined at the gala by his family members and fellow Nordstrom executives Blake, Jamie and Pete, as well as honorary event co-chair Angie Harmon.

At its outset, Erik Nordstrom expects the store to take some sales from nearby Nordstrom locations. “This is our 17th full-line store between L.A. and Orange County, and our 32nd store in California,” he said. “Having been there for so long, we know that a store 10 miles away can be a long journey for customers.…We are always looking for the best places, the best projects.…Even with some sales transfer, it was an obvious decision for us.”

Nordstrom wouldn’t discuss sales projections, but, based on the average $368 annual sales per square foot the retailer registered last year, a figure that incorporates off-price Nordstrom Rack locations, the store should generate at least $44 million in annual sales.