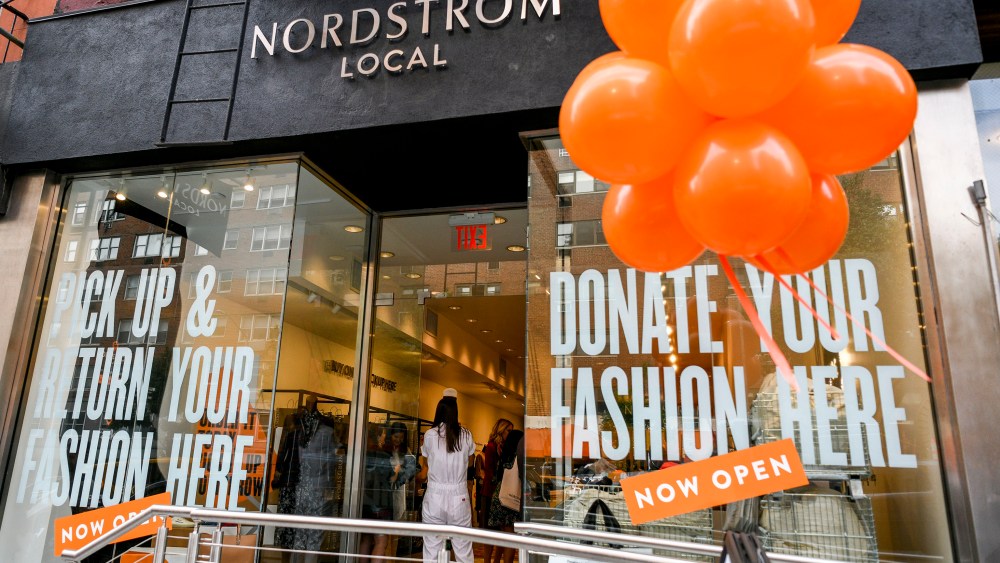 The first Nordstrom Local location in New York opened Thursday on the Upper East Side, a sure sign of Nordstrom’s Inc.’s drive to provide elevated services and conveniences for Manhattan shoppers and support its growing network of stores around town.

A second Nordstrom Local in the city will open Sept. 27 in the West Village, at 13 Seventh Avenue between 11th and 12th Streets.

Nordstrom Local launched two years ago in the L.A. market, where there are currently three units operating. Nordstrom executives characterize the concept as “a convenient service hub located in neighborhoods where Nordstrom customers live and work,” so trips to actual Nordstrom stores farther away can be avoided. Nordstrom Local provides such services as order pickups, returns, alterations, stylists for wardrobe consulting and gift wrapping.

But there’s a bigger picture, according to Jamie Nordstrom, executive vice president and president of stores at Nordstrom Inc. “The focus is not on one store. The focus is on Manhattan and how do we become the number-one alternative no matter how customers want to shop,” said Nordstrom, interviewed at the Nordstrom Local store at 1273 Third Avenue.

“We want to serve Manhattan,” where Nordstrom also operates a men’s store (on Broadway opposite the women’s flagship) and two Rack off-price stores. “People here stick in their neighborhoods, more than most other places we do business. If we are going to do a better job serving customers, we’ve got to be closer to where they are.”

“Look at the map,” he said, pointing to one painted on the side of Nordstrom Local, highlighting Nordstrom sites. “You can see we are going to be able to cover a lot of the neighborhoods in Manhattan where our customers live.”

Nordstrom Local, as a new concept, is largely unfamiliar to consumers and may be misunderstood in some cases. They’re not mini-versions of Nordstrom stores and there’s no merchandise displayed, aside from a handful of items in the back of the store by a touch-screen for online shopping, or what Nordstrom stylists have gathered to show clients coming in. It’s also, as Nordstrom explained, a piece of the retailer’s overall strategy to get closer to customers, get them more engaged, provide faster deliveries, and more seamless shopping experiences, channel to channel.

“When a customer is on our web site and sees they have the ability to pick up an order at a Nordstrom Local a couple of blocks from where they live, or drop off a return on their way to work, that’s when they get it,” said Nordstrom.

“We are doing something nobody has done before,” he said. “There is definitely a lot of curiosity with customers with what’s going on here and our team is going to tell the story.

“But ultimately when the customer engages with it once in some way, which is typically to pick up an order, they get it. We have been doing this in L.A. for over a year now and the level of engagement with customers using Nordstrom Local has dramatically increased. We are excited to bring it to New York.”

Asked which service at Nordstrom Local is most popular, the executive replied, “What we learned was customers love to be able to pick up their orders right down the street from where they live. In some cases, they prefer that over having it delivered to their door.”

Secondly, “They love being able to try on and get fitted with a tailor. That’s been a big win,” Nordstrom said.

In addition, Nordstrom Locals “take a lot of returns. Customers return merchandise much faster if it’s convenient for them. That’s a benefit for the customers and also for us. We want to get those returns back fast.” That way, items can be put back on display before they get stale.

“We’ve learned a lot from our customers since opening our first Nordstrom Local on Melrose in Los Angeles in fall of 2017,” said Shea Jensen, senior vice president of customer experience, who was also at Thursday’s opening. “Customers who visit a Nordstrom Local spend 2.5 times more and account for 30 percent of online order pickups in Los Angeles.”

Nordstrom acknowledged that major markets are being considered to roll out Nordstrom Locals. He cited Chicago, Dallas, Seattle, San Francisco and Washington, D.C., as among the major markets.

“Clearly, alterations have been a big part of our business. A lot of the merchandise we sell needs to be tailored…A basic hem can be done in 30 minutes. Sleeves, hems — we can bang those out pretty fast. Alterations that are more intensive, that’s probably an overnight deal. We have a lot of infrastructure in and around the city. We have a lot of tailors and lot of capacity to do alterations. We have a big facility with a lot of people in our store in Edison, N.J., and will have a big facility in the tower on 57th. We also have facilities in Paramus, N.J., Roosevelt Field and Westchester stores. We can handle any demands in this market by leveraging all those capabilities.” Nordstrom also has a van that moves goods. Nationally, Nordstrom has about 1,500 tailors.

At the 1,800-square-foot Third Avenue location, aside from order pickups, returns and consultations with stylists, there are also shoe, handbag and small leather goods repairs and gift wrapping with Paper Source. Both the Third Avenue and West Village locations have partnered with Housing Works to be a drop-off donation destination for “gently used” fashion, and both sites will be used for community meetings for networking and family events.

In addition, the Third Avenue site offers stroller cleanings through Tot Squad, and the 2,200-square-foot West Village location will offer a rotating selection of products from Pop-In by Olivia Kim.

In any case, Nordstrom Local sites don’t represent huge investments. “These are small spaces with short-term leases,” Nordstrom said. “It’s pretty capital light. We can get them open quickly. We can sign a lease and get them open in a couple of months. We might find some are on the wrong side of the street. In time, we will figure that out.

“Retail is becoming local again,” said Nordstrom. “Retailers do the best job when they serve you on your own terms, in your neighborhood. Whether it is our Nordstrom Local locations on the Upper East Side and in the West Village, the flagship opening in October, or our Nordstrom Rack locations, we want to bring the added convenience of services such as online order pickup, fast and easy returns, alterations, styling and more as close to customers as possible.”