While 100 percent of Treasure & Bond's profits after expenses will be donated to charity, the retailer's motivation goes beyond the altruistic. 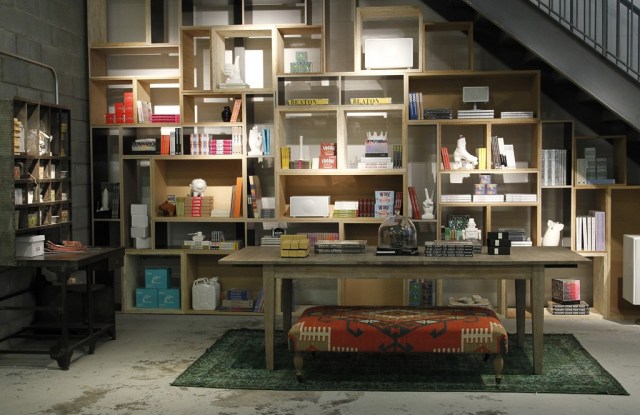 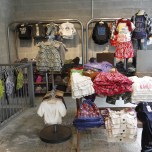 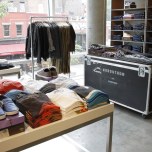 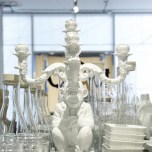 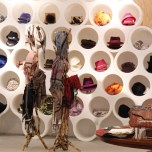 NEW YORK — While doing good can be a reward unto itself, Nordstrom Inc.’s reasons for unveiling Treasure & Bond here Friday go beyond the altruistic.

This story first appeared in the August 16, 2011 issue of WWD. Subscribe Today.

While 100 percent of the store’s profits after expenses will be donated to charity, Nordstrom hopes the 11,137-square-foot permanent unit at 350 West Broadway in SoHo will shed some light on the Manhattan market, where it is actively looking to open a full-line store in the near future.

“We’re going to end up having a full-line store in Manhattan,” said Pete Nordstrom, president of merchandising. “Anything we can do to make us better and more informed is important. By virtue of the fact that Treasure & Bond has a philanthropic aspect, it connects us to the community.”

Treasure & Bond is owned by Nordstrom and independently operated. Consumers won’t find the word Nordstrom on the exterior of the store. “This is not a mini Nordstrom,” a spokeswoman said. “We won’t take Nordstrom credit cards and you can’t bring [Nordstrom] returns back there. We’re not hiding the fact that we’re behind it, but you’d have to know. It’s a totally different concept.”

The idea for Treasure & Bond came from philanthropist Catie Marron and Vogue editor in chief Anna Wintour. Nordstrom typically holds gala events “to give something back to the community when we open a new store,” the spokeswoman said. Treasure & Bond will donate to eight New York City-based charities that serve children per year, two each quarter. Marron and Wintour helped select the first round, which includes The New York Public Library programs for children and young adults and the Achievement Gap Project, Children’s Health Fund and Coalition for the Homeless: Camp Homeward Bound Sleep-Away Camp and After School Services. Next year, customers will be invited to suggest and vote on charities.

General manager Paige Boggs, Nordstrom’s former visual merchandising director, made the most out of hand-me-downs and put cheap materials to creative use. A plastic wall unit that looks like honeycombs holds hats and open plywood squares and rectangles stacked on top of each other display books and curios. The merchandise is a mix of home, men’s, woman’s and kids apparel, fragrance, accessories, jewelry and art, priced from $15 for a plastic ring to $5,000 for fine jewelry. With up-and-coming labels such as 2b. Rych, Yoon, German Fräuleins, Herno and Hoss Intropia, sourcing product for Treasure & Bond has been liberating.

“It’s nice for us to have a vehicle where we can do pure merchant stuff without the entanglements of a big company,” Nordstrom said. “We might learn about new vendors or a classification or category we haven’t done before.”

Treasure & Bond “will end up finding its own identity,” Nordstrom said, adding, “We talked about [possibly opening more units] but that’s really jumping the gun. It would be great if we could end up having one in Chicago, San Francisco or Seattle, I guess. But doing business in Manhattan is so unique.”

Therein lies the appeal of Treasure & Bond. After searching for a site here for more than 20 years, Nordstrom said, “The more we spend time there, the better feel we get for where we could be successful.”

In Manhattan, Nordstrom is eyeing the West Side, specifically the Hudson Yards mixed-use project under development between 30th and 33rd Streets, and 10th Avenue and the West Side Highway, and 3 Columbus Circle. The retailer may be relaxing its requirements a bit. Nordstrom said he’s watched other retailers make compromises in terms of location or store size in the city and find success.

“We’re closer than what we’ve been,” he said, while declining to provide specifics. “We’ve got some things we’re considering. We would never have considered the Chelsea area. Jeffrey [Kalinsky, executive vice president of designer merchandising] said, ‘You can go somewhere and if the store is good enough, it will do well.’”