Nordstrom’s Thank You to Customers Puts Them in Ads

Customers are the stars in Nordstrom's holiday campaign. 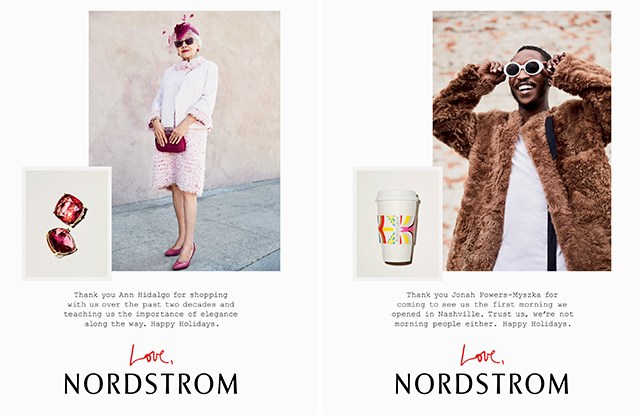 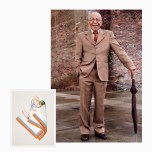 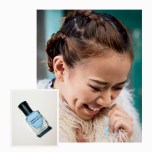 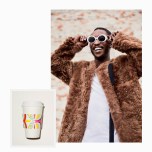 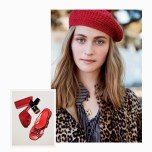 For its holiday campaign, Nordstrom is taking it to the people.

Thirty-four customers, of different backgrounds, ages, genders and personal style, were photographed in Los Angeles, Nashville and Seattle for the store’s national campaign created by Olivia Kim, vice president of creative projects, and produced in partnership with the Partners & Spade agency.

“We reached out to our employees and asked them to share some of their favorite customer stories,” Kim said. “We met with as many customers as we could, and took photos of them and some of the things that make up their signature style.”

According to Kim, it’s a way to thank and celebrate customers. It’s also a way to show the scope of Nordstrom’s offerings and build some shopper loyalty. The campaign, called “Love, Nordstrom,” debuts today in the U.S. and on Nov. 3 in Canada.

Nordstrom officials said the campaign includes digital, print, out of home, in-store window displays, shopping bags and coffee sleeves. There will also be a navigation tab on nordstrom.com labeled “Love, Nordstrom,” and a video with Nordstrom employees singing “Thank You for Being a Friend.”

“We love the idea of thanking our customers at this time of year and connecting with them rather than featuring traditional gift ideas in our ads,” said a Nordstrom spokeswoman.