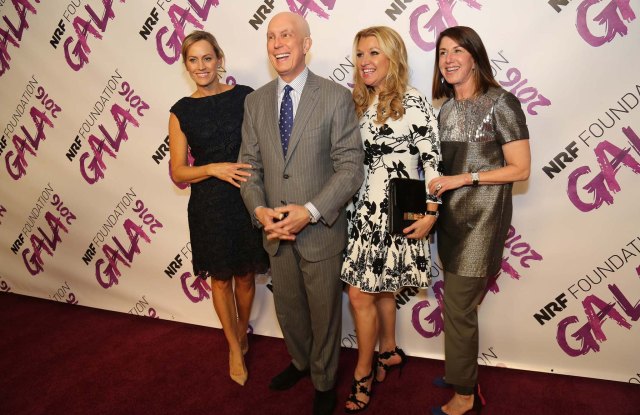 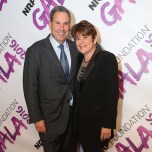 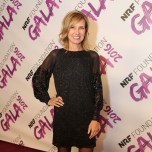 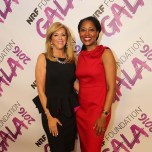 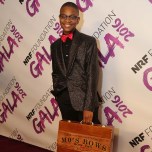 Retailers lack talent on their teams yet sometimes they go out of their way to nurture it.

Like at the National Retail Federation Foundation Gala at Chelsea Piers Sunday night, where a crowd of more than 700 helped raise $1.6 million to support the foundation’s effort to build retail’s future by fostering career growth, developing talent and providing scholarships, including five distributed on the night.

“I tell young people that hard work brings good luck,” said Karen Katz, Neiman Marcus Group’s chief executive officer. “A career in retailing can be incredibly exciting if you give it an opportunity. Part of what we have got to do is get the word out that retailing can really be incredibly fulfilling.”

“Retailing used to be just about clerking on the selling floor, but now there is marketing, engineering, technology, supply chain. The number of careers is enormous,” said Stephen I. Sadove, the former head of Saks Fifth Avenue and immediate past chairman of the NRF board. “We’re telling the students, ‘you don’t need to go to Wall Street. There is a wealth of great opportunities in retailing.”

On the Friday and Saturday before, 500 students participated in the NRF’s educational and career advancement program just prior to the start of NRF’s annual Big Show convention and expo at the Jacob K. Javits Convention Center, where students heard from leading retailers and educators including Tim Belk of Belk Inc. and Mindy Grossman, ceo of HSN and vice chairman of the NRF board.

At Sunday’s gala, 25 influential individuals and innovators from design and retail were honored by the NRF, including designers Tory Burch and Danielle DiFerdinando, retail analyst Walter Loeb; Restoration Hardware’s Gary Friedman, and Kohl’s Corp.’s Michelle Gass. They were all on the NRF Foundation’s list of “People Shaping Retail’s Future 2016” and categorized into five groups: disruptors, dreamers, givers, influencers and power players. It was the second year in a row the NRF Foundation held the gala.

“I invest in young women entrepreneurs, and I get as much in return,” said Grossman. “We have to understand different perspectives, from a different generation,” said Grossman who has invested in two young companies, Glam Squad and Bow & Drape.

“My big piece of advice is to dream big, set bold goals,” said Laysha Ward, Target Corp.’s chief corporate social responsibility officer. “I have been in retail for over 20 years. I started on the selling floor as an hourly employee. Everything is tough at the beginning, but I stuck with it. I found something that was right for me, a job with impact on business and the community.”

“Follow your passion” is what Gass, the chief merchandising and chief marketing officer of Kohl’s, tells young people. “Retail is the most exciting, daunting and energizing field. I can’t think of another industry going through this level of transformation.”

“Bloom where you are planted,” said Macy’s Inc. chairman Terry J. Lundgren. “Whatever job you are placed in, do it well and people will notice. It worked for me.”