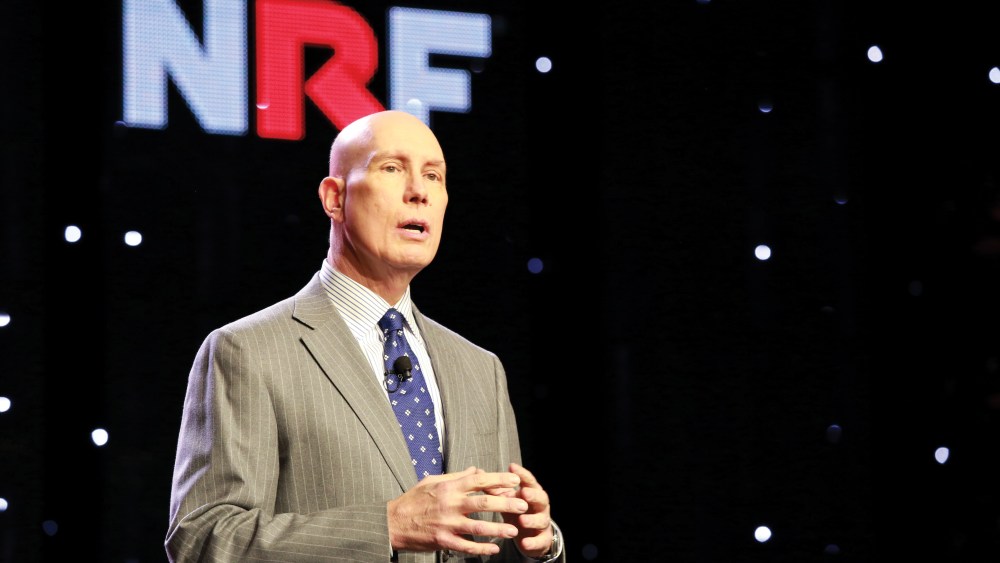 Get ready for “Retail’s Big Show.”

Organized by the National Retail Federation every year, the Big Show ranks as the world’s largest gathering of retailers and as a supercharged forum for speculation and pontification on who is going in or out of business, and which retailers are hot or the most innovative or antiquated. It’s also a wide platform for learning about changing consumer spending habits, demographic shifts, markets around the world, the latest in technology, how to plan for the future and for recapping what happened during the last holiday season.

This time around, expect twists in the conversations and a change in the mood. The focus turns upbeat with most retailers likely to be coming off decent holiday seasons (in contrast to past conventions clouded by disappointing results and the Great Recession) and having faith that the Trump Administration will support business and job growth.

“As we look ahead to next year, there is reason for optimism for more robust economic growth and job creation and possibly for some policy changes that could be really be healthy for some consumers and the economy as a whole,” Matthew Shay, NRF president and chief executive officer, said in an interview about the upcoming convention, to be held Jan. 15 to 17 at the Jacob K. Javits Convention Center in New York. Over 34,000 retailers, suppliers, consultants and industry analysts are expected, on par or slightly ahead of last year’s turnout, though in the last five years, attendance has doubled, according to Shay.

“There is some uncertainty for how things will look, but there’s also the potential for some really positive growth and expansion,” Shay said. “Regulatory reform is something that could start almost on Day One of the next administration, with either a moratorium on additional regulatory burdens on the business community or a rollback of regulations that have been in place.”

Shay is hopeful the new administration brings health-care reform involving cost containment along with access and affordability to Americans; that there is tax reform involving a simplification of the tax code. “These are complicated issues, however, now we’ve got really an administration committed to making those things happen. It takes leadership at the presidential level to get these things done.”

Though retail sales hit a lull right after Cyber Monday, business during the Thanksgiving-to-Cyber Monday period was good enough to support projections for a decent holiday season — November to December — with gains of 3 to 4 percent. “Consumers seem to be feeling pretty energetic as we get into the home stretch,” of the holiday season, Shay said. NRF’s forecast for a 3.6 percent holiday gain is “much better than the average over the last 10 years, which was only 2.5 percent growth. Consumer fundamentals are healthy. This could be one of the best holiday seasons we’ve seen in many years.”

Retailers, he said, have made investments in e-commerce, mobile shopping, better in-store experiences and to reduce “friction” in the selling process that he believes are paying off now and will in the long run.

Apropos to the evolving retail industry, this year’s convention has several innovations. “They will be very visible to attendees,” Shay said. “We are putting a greater emphasis on keynote speakers, bringing in the kinds of folks who can really share perspectives on the most compelling topics.”

Shay said the convention is adding a “feature stage” in addition to the keynote stage to accommodate larger audiences and showcase the speakers better and the “breadth and diversity of what’s happening in the industry.”

“The massive show floor can be a little overwhelming,” Shay noted. “We recognize that and we are doing things to try to make it more accessible,” including providing curated expo tours, so visitors can select the kind of exhibitors they want to see, whether they are focused on e-commerce or omnichannel. They are curated for both large and small retailers and as Shay said, help you map out a way to get around the floor, so you are not just thumbing through the exhibit book. We are providing a more customized experience.”

The NRF will also launch an “innovation lab” on the exhibit floor to spotlight in one place technologies changing the customer experience, including drones, wearable technology, virtual reality, robotics and artificial intelligence.

In addition, there will be more food trucks and coat checks than past years and the fourth floor will be to the “NRF clubhouse” for socializing, having meetings and will have workspaces, refreshments and charging stations, according to Shay. “We are doubling down on the momentum.”