Number 7: All Tech, All the Time

The internet never shuts off — and always-on, always-connected users are shopping via e-commerce and engaging with brands online. 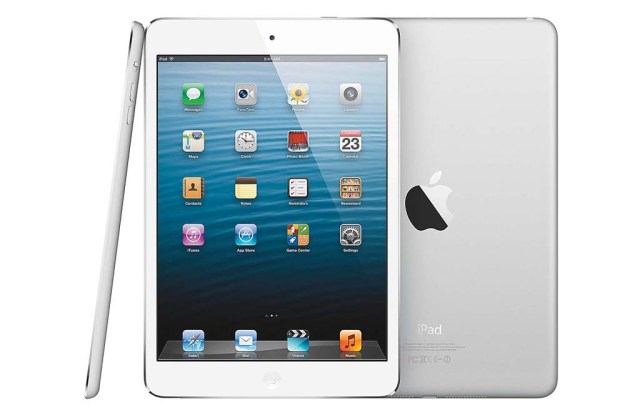 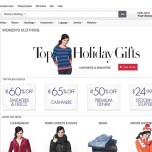 The internet never shuts off — and always-on, always-connected users are shopping via e-commerce, engaging with brands online, active on a plethora of social platforms (including Facebook, Twitter, Instagram, Pinterest, Tumblr and Snapchat) and interacting with search and e-mail or display advertising.

Some of the year’s biggest stories include the buzzword “omnichannel,” online behemoth Amazon delving deeper into the fashion space and social media giant Twitter going public, as well as Facebook-owned Instagram getting into video and advertising.

OMNICHANNEL
Companies are realizing more than ever that in order to succeed at retail, they must be present on all channels to serve a more informed consumer. The irony is that hardly any retailers have yet executed impactful omnichannel strategies.

While it is widely acknowledged by experts that the term is overused, a handful of brands have begun to execute retail experiences that hit all touch points, including Sephora, Coach, Macy’s, Burberry, Gap and Armani, said Maureen Mullen, director of research and advisory at New York University Think Tank Luxury Lab, or L2.

Sephora integrated omnichannel programs in 2007 with the inception of its Beauty Insider loyalty program, which today boasts tens of millions of members, according to Julie Bornstein, chief marketing and digital officer of Sephora Americas. Whether consumers are shopping in-store, online or on Sephora’s app, they’re able to access the same information via every channel. They also have access to past purchases, and all data is stored, meaning a customer can walk into a store and be able to see which shade of lipstick or foundation she bought last time.

David Geisinger, head of retail business strategy at eBay Inc., said companies need to start thinking of it differently. Rather than looking at digital strategies strictly in terms of “omnichannel,” organizations have to embrace a notion of consumer engagement that goes in tandem with commerce. He calls this “experiential commerce.”

“We should stop using the word ‘omnichannel’ and start using the word ‘commerce.’ Consumers are looking for a consistent, unified experience where they are recognized, regardless of which channel they interact on,” Geisinger said.

Since so few have cracked the code when it comes to omnichannel thus far, perhaps a more attainable goal for brands is achieving a “cross-channel” approach. At least that’s what Federico Barbieri, Kering senior vice president of e-business, believes. He is keen on building synergies between the offline and online channels.

“Omnichannel means hitting all of the touch points; [it’s] much broader than cross-channel, and involves many more functions. Being practical, we’re focusing on cross-channel,” Barbieri said.

AMAZON CONTINUES TO DOMINATE
Amazon, the e-tail giant Jeff Bezos founded in 1994, has expanded its fashion footprint significantly this year. In October, the company opened a 40,000-square-foot space in Brooklyn’s Williamsburg section, serving as a photography studio for Amazon Fashion, which also owns Shopbop and MyHabit. Amazon says that fashion is its most rapidly growing business — and with the new studio, the company might soon surpass the more-than-33 percent of overall domestic mobile commerce it already commands. The company declines to reveal specific figures for the Amazon Fashion business, but the overall site’s gross trading volume last year was estimated at $95 billion.

Last month, the e-tailer also introduced its Luxury Beauty Store, launching with 24 brands including Nars, Stila, Ahava, StriVectin, Burberry fragrances, L’Occitane and Sabon. Amazon’s entry into the prestige beauty category means it has committed to selling products at retail price — the same way a department or specialty store would — and not going below the prices charged by traditional retailers.

Amazon also launched a deal with the U.S. Postal Service — which the weekend of Nov. 9 started delivering online orders on Sunday to Amazon Prime members in Los Angeles and New York City.

SOCIAL MEDIA
Twitter’s highly-anticipated initial public offering was revealed — via tweet, of course — over the summer, and although the company has yet to figure out the profit side of the business, the microblogging site saw a blockbuster first day of trading on Nov. 7. Twitter shares were priced at $26 the day before the IPO, but after the first day of trading closed at $44.90 — 72.7 percent, or $18.90, above the initial offering price. More than 117 million shares traded hands, and Twitter ended with a market capitalization of $24.46 billion. As of Friday, Twitter closed at $59, with a market capitalization of $32.76 billion.

Then there’s the photo and video sharing platform Instagram, cofounded by Kevin Systrom, which in just three years boasts more than 150 million monthly active users and more than 55 million photos shared to the service each day. The fashion industry has flocked to the app — as the visual nature of Instagram lends itself to brands like Topshop, Michael Kors, Burberry and Forever 21 reaching millions of followers every month.

Acquired by Facebook for about $1 billion in April 2012 — a month before Facebook’s IPO — Instagram introduced video on June 20. It saw 5 million uploads in the first 24 hours, and also the first significant update since its launch. In July, the app took this a step further, unveiling a functionality that allows users to embed photo and video content on additional channels like company Web sites, fashion blogs or any other channels where HTML is embeddable. In October, Instagram said it would start to feature advertising. The company said in a blog post Oct. 2 that over the following months, users in the U.S. would see an “occasional ad” in their feeds. The blog explained that it would “start slow,” illustrating that the company’s mission is to make ads feel “as natural to Instagram as the photos and videos many of you already enjoy from your favorite brands.”