Tablets are driving momentum in m-commerce. 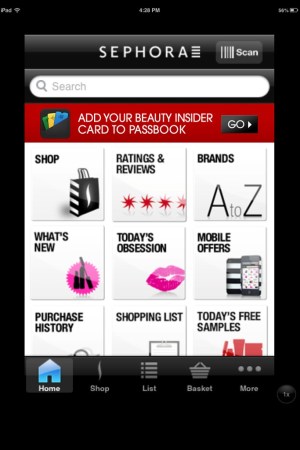 Mobile continues to be a game-changer in retail.

So much so that eBay Inc.’s vice president of mobile, Steve Yankovich, says m-commerce is solely responsible for changing the retail calendar, kicking off the online holiday shopping season earlier than ever.

Although Cyber Monday is still the biggest online shopping day of the year, it’s being thought less as the official day for online shopping, and more as part of a week of heavy online spending activity that’s starting to pick up right after Thanksgiving dinner.

According to eBay, which projects $10 billion in mobile sales by year’s end (more than double that of 2011), Black Friday mobile sales this year were 2.5 times higher than last, with the site offering its iPhone app users exclusive access to mobile deals through Monday evening. Cyber Monday saw more than a 200 percent increase in mobile transactions, compared with the same day last year. PayPal reported global payment volume tripled and GSI Commerce saw a 287 percent increase in mobile sales, year-over-year.

ComScore Inc. reported Dec. 5 that online sales for the holiday season — the period from Nov. 1 to Dec. 2 — have reached $21.35 billion, a 14.4 percent spike from last year. Cyber Monday sales took in $1.46 billion according to the firm, a 17 percent increase in e-commerce spending year-over-year — also making it the second time this holiday that online sales exceeded $1 billion in one day.

IBM Corp. revealed Nov. 27 that almost one-fifth of consumers used a mobile device to visit a retailer’s site (an increase of more than 70 percent from 2011) and 13 percent of sales for the day were conducted on a mobile device. The iPad was responsible for 90.5 percent of all tablet traffic and 7 percent of online shopping overall.

“The tablet is the most transformative e-commerce [channel] seen since the advent of e-commerce, and we see traffic, sales and conversion rates on the iPad continuing to explode,” said Maureen Mullen, director of research and advisory at New York University think tank Luxury Lab, or L2.

According to Mullen, almost one in four Web site visits on Black Friday occurred from a non-PC device (either a smartphone or tablet). This number is up 16 percent from 2011.

She emphasized that even though mobile traffic sales have ballooned — overindexing across luxury and fashion specifically because of the demographic surrounding ownership — not all screens are created equal. The mobile experience varies by screen, according to research conducted by the firm earlier this year that shows tablets have 20 times the conversion rate of smartphones. Additionally, watch and jewelry brands constitute 11 percent of all tablet sales, L2 reported in June — the highest proportion of any industry.

“One of the things that’s led to this explosion hasn’t been smartphone sales, it’s been the tablet,” Mullen said. “The tablet is the device I think that has really spurred the mobile numbers upwards. If you look at the actual [sales] being conducted on the small screen [smartphones], it’s still relatively small.”

She differentiates between smartphone and tablet usage, noting that 60 percent of smartphone searches have some sort of local intent. To her, this suggests that retailers and brands have a better opportunity to influence brick-and-mortar purchases on small screens than actually seeing mobile transactions.

She cites Sephora as effectively using the smartphone to enhance the in-store experience. The beauty retailer’s app, which has seen more than two million downloads since 2009, allows consumers to get more products and link to their Insider Rewards while they physically shop — which is how Mullen sees the role of the smartphone within the retail landscape right now.

Amazon commands more than one-third of the world’s m-commerce sales — and Mullen doesn’t expect this to change.

“Amazon has completely transformed shopping behavior, not just in terms of consummating purchases, but changing how consumers are shopping in general,” Mullen said, drawing a comparison to Amazon versus other brands and retailers. “They [Amazon] are investing 70 percent of their capital in fulfillment operations in technology. It’s not the flashy creative site, it’s how can you get product in people’s hands as quickly as possible.”

But enter eBay Now, eBay’s most recent mobile effort at welding m-commerce and the brick-and-mortar experience — which can provide product delivery in as little as one hour after a mobile purchase is made. The technology software launched this summer in San Francisco and in New York last month. Via geo-sensing location technology from Milo and seamless payment options from PayPal, consumers are eligible for same-day shipping from hundreds of retailers.