Phase one of reopening the Big Apple's economy is an important step forward in preparing for phase two.

With each passing day, additional retailers in New York City are participating in “phase one” of restarting the local economy.

At the Nordstrom Local stores, located at 1273 Third Avenue and 13 Seventh Avenue, curbside services will operate from 10 a.m. to 6 p.m.

Nordstrom said it’s only resuming brick-and-mortar operations where it’s allowed by state and local governments, where the company is prepared with the proper safety measures and protocols, and where it has confidence it ensures the safety and well-being of employees and customers.

Along Fifth Avenue, “Today it feels much more like a welcoming, exciting place than it did yesterday,” said Jerome Barth, president of the Fifth Avenue Association, who surveyed the avenue on Wednesday. “It’s very encouraging. A number of stores have removed their plywood barriers and some are offering curbside services. Saks started to remove their boards. Cartier was fully ready with a red station welcoming you for curbside pickup, and several watch stores on the east side of the avenue are in business again. Uniqlo removed their barriers. Nike never put boards up.”

Barth observed “plenty of people strolling along the avenue, relative to the past few days. The pulse of the city has quickened a bit.”

Barth also noticed Bergdorf Goodman removing boards as did Louis Vuitton, Bulgari, Fendi, Chanel, Dior, Tiffany and Harry Winston, which were in varying stages of offering curbside pickup or getting ready for it. At Neiman Marcus at Hudson Yards and Bergdorf’s, back-of-house operations resumed Monday to fulfill online orders or orders placed remotely via sales associates. Bergdorf’s is also offering same-day delivery in Manhattan, and same-day delivery in the Hamptons.

Last Monday, many city retailers selling “nonessential” goods that had been closed since mid-March due to the coronavirus pandemic reopened their stores in accordance with “phase one” of the restart of the local economy. Other stores decided to participate in phase one later in the week, including Macy’s Herald Square, which had a “soft” curbside opening on Tuesday and its “official” curbside opening on Wednesday at the “At Your Service” entrance near 35th Street and Seventh Avenue.

Saks Fifth Avenue also began offering curbside service Wednesday, on the 49th Street side of the store near Madison Avenue. More stores are expected to follow suit later this week. At the Bloomingdale’s flagship, curbside pickup started at the entrance on 60th Street between Third and Lexington Avenues.

Phase one allows retailers to have curbside and in-store pickups of online orders and provide deliveries. Retail employees and customers must wear masks; hand sanitizer must be available; social distancing is required, and no shopping or browsing inside stores is allowed.

Stores are opening on different days this week due to varying levels of preparations each requires. Aside from complying with phase one by issuing masks and installing sanitizers and markers for social distancing, some retailers also need to repair stores that were damaged during looting last week occurring separate from the peaceful protests against police brutality and racism in the wake of the killing of George Floyd. Merchants are also restocking their shelves and resetting window displays after removing merchandise to protect it from looting or being damaged. Still, other retailers are dealing with insurance issues, or just aren’t ready to open yet due to concerns regarding the health of employees and customers, or want to see what other stores on their block have decided to do.

Because of its parameters, phase one may not mean much sales volume for retailers, but it’s a prelude to the more significant “phase two,” which will allow for consumers to actually shop inside New York City stores while requiring store personnel to wear masks, have their temperatures taken, clean fixtures, counters and other surfaces, and continue to provide sanitizers and institute social distancing. Outdoor dining with distancing will also be allowed.
Phase two in New York City is expected to happen in early July, according to New York Mayor Bill de Blasio, though the start date is fluid depending on the data on COVID-19 and statistics on hospitalizations and those with positive test results. 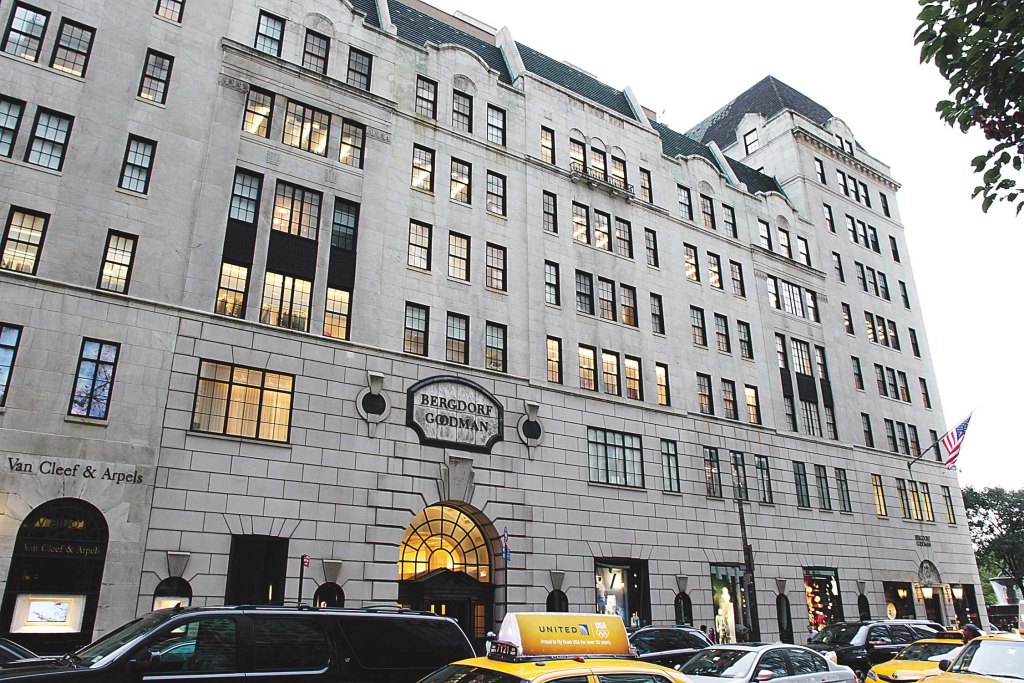 Bergdorf Goodman is offering same-day deliveries in Manhattan, as well as the Hamptons where many New Yorkers have flocked to.  George Chinsee/WWD