For the summer season, Ann Taylor is taking some risks and adding variety, while Old Navy is emphasizing bold colors and crisp patterns. 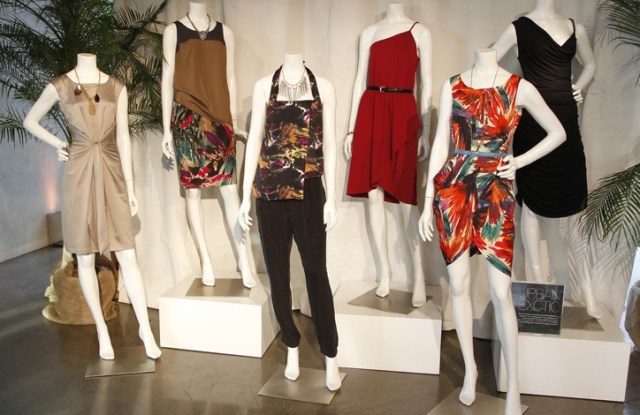 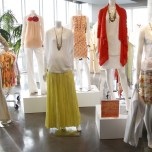 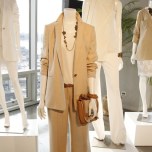 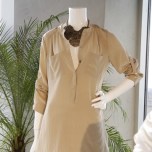 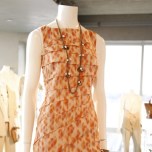 NEW YORK — For the summer season, Ann Taylor is taking some risks and adding variety, while Old Navy is emphasizing bold colors and crisp patterns in sync with its perennial casual, upbeat attitude.

This story first appeared in the January 24, 2011 issue of WWD. Subscribe Today.

“We were inspired by the idea of road trips, whether it’s a family vacation or a single dude heading to Las Vegas. It’s about freedom, and hitting the open road,” said Chad Hinson, creative director for marketing at Old Navy. “There is such an optimism about summer.”

He was interviewed at the Old Navy showroom on Sixth Avenue, which was adorned with retro travel posters of spots such as the Grand Canyon and the Cedar Point amusement park in Ohio to set the mood for the men’s, women’s and kids merchandise displayed. Among the outfits were a one-piece polka dot swimsuit with a tropical print sarong and V-neck cardigan, and a banded, gathered skirt with a printed chiffon tank and long knit vest seen in the “summer nights” group. There were plenty of cropped shorts with cuffs and bottoms with drawstrings, as well as sunglasses and cover-ups. All items were under $40. “It’s definitely about clean, bright colors and crisp patterns,” Hinson said.

Ann Taylor, which held its summer preview at the Glasshouses on West 25th Street, draws inspiration from Frida Kahlo and how she layered and accessorized in the spirit of true Mexican craftwork. The collection also displayed an eased-up attitude that’s polished and put together, a casual-chic side. Certain outfits exhibit “a tension,” depending on how they’re put together, explained Lisa Axelson, senior vice president of design.

One example she highlighted was a tailored blazer with a sparkling tank, shown with shorts. Another surprising combination features a very feminine embroidered pencil skirt paired with a long silk tunic top. Ann Taylor also showed a black jumpsuit that seemed a little daring for the collection, though Axelson noted it would be sold only in urban locations. Ann Taylor will also offer more color for summer, such as fuchsia, tangerines and aquatics; an expanded bridal offering, and jewelry with an artisanal, slightly antique feel.